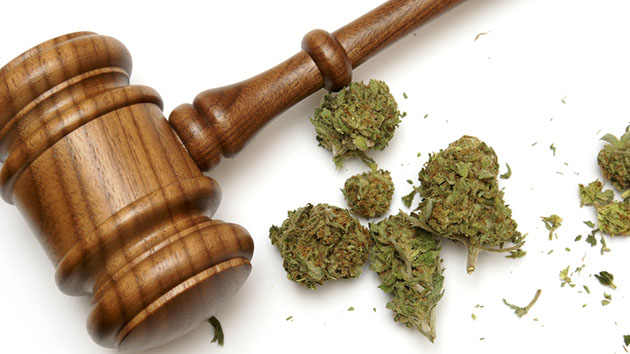 With John Boehner’s impending retirement, there isn’t much lingering fear that Congress will fail to pass the spending bills needed this week to avert a government shutdown. But in the process of keeping the government open, Congress will yet again trample on local governance in Washington, DC. Unless the legislative language is altered at the last minute before final passage, Congress will renew a rider from the last near-shutdown deal that prohibits the city government from spending any funds to set up a legal market for marijuana—as in Colorado and Washington state—despite the fact that DC voters approved, by an overwhelming majority, a ballot measure last fall to legalize weed.

There are a whole host of reasons the city government and voters would prefer a market where marijuana is sold in approved storefronts just like liquor. As Colorado has shown with its regulated system, bringing drug sales out of the black market can be a boon for tax revenue, with the state set to collect about $125 million this year from marijuana sales taxes. And before the ballot initiative last year legalized personal possession of small quantities of the drug, studies had shown that black residents of DC were 8.05 times more likely to be arrested for marijuana than white residents, even though black people and white people smoke pot at equal levels nationally.

But over the course of the past year, the DC government has found yet another reason to push for a fully legalized system: the role alternative, synthetic drugs might be playing in a rising murder rate.

Like many cities across the country, DC saw a sharp uptick in the number of homicides over the summer, which has continued into the fall. Once the so-called murder capital of the United States, DC has steadily reduced its crime rate in recent years. But there have been 120 murders in DC in 2015, compared with just 80 at this time last year.

Analysts have yet to settle on a persuasive explanation for the spike in murders in many major American cities. DC’s city government has pointed to several possible causes. Perhaps it’s guns with larger magazines, making more shootings lethal. Or maybe it’s a glut of past offenders repeating. But there is one explanation that city officials have seemed surest about: an increase in synthetic-drug usage that has caused people to act erratically and sometimes violently.

Synthetic marijuana first hit DC head shops about five years ago, sold alongside pipes and bongs as a legal substitute for cannabis. Back then, drugs like K2 and Spice were milder cannabinoids that produced similar effects to marijuana. “They were much safer when they were legal than when they became illegal,” says Adam Eidinger, the author of last year’s ballot initiative to legalize marijuana and the owner of Capitol Hemp, a local head shop that sold synthetic drugs when they were legal. But once the government banned the substances that produced the high, manufacturers went underground, experimenting with different strains of chemicals. The spiraling arms race to tweak formulas and stay ahead of regulators produced a far more dangerous substance, which in its current iteration induces a high more like PCP than the mild cannabinoids of a few years ago.

Proponents of marijuana legalization avoid referring to the new product as synthetic marijuana, as it’s commonly called. “Marijuana users should be outraged over this slanderous and fraudulent reference to the cannabis plant,” Jon Gettman wrote for High Times. “These drugs do not contain cannabinoids, natural or synthetic, and are in no way related to marijuana and/or the cannabis plant.”

“Often referred to as synthetic marijuana, this drug is not at all like marijuana, and the effects are very different,” DC police chief Cathy Lanier said in August. “It is an extremely dangerous drug, and if not addressed federally, we will have a public health crisis on our hand as its use continues to expand.” She noted that 30 percent of police departments in major cities had reported more violent crime being committed by people under the influence of synthetic drugs.

In June, Mayor Muriel Bowser introduced emergency legislation to impose harsh penalties on stores caught selling the synthetic drugs: an automatic 96-hour shutdown for the police to investigate the first offense, with a second offense prompting a 30-day closure and a $10,000 fine.

It’s not always clear that synthetic drugs are behind the crimes, as the police struggle to test suspects and instead rely on visual clues to pin crimes on these drugs. In August, the NYPD held a press conference warning of the terrors of “weaponized marijuana” that had turned people into crazed criminals ready to wreak havoc on the streets. The presentation included a video of a naked man trying to punch his way through a fence and then turning on a cohort of cops, and pointed to it as evidence of the perils of synthetic marijuana. But as Gothamist noted shortly afterward, the clip was actually pulled from an old episode of Cops. The footage, from 12 years earlier, showed a Des Moines man high on PCP, not K2. The footage still made it onto a CNN segment warning America about synthetic marijuana.

Although no one has conclusively traced the murder spike to synthetic drugs, usage of the drugs is certainly on the upswing this year—often with dangerous effects. DC recorded 439 trips to emergency rooms due to synthetic drugs in June alone.

DC officials and activists think the problem wouldn’t be so severe if Congress hadn’t interceded to block implementation of a legal market. “It would depend on the cost of the marijuana, entirely,” says David Grosso, a member of the DC Council and a longtime proponent of a tax-and-regulate system. “If it’s accessible and not expensive and not hard to get a hold of, then I think you’d probably see less synthetic drugs.”

Eidinger puts it more categorically. “There would be no demand for synthetic drugs if marijuana could be bought at any corner store in the city the same way alcohol is sold,” he says.

In November 2014, 70 percent of DC voters backed Initiative 71, a ballot measure that legalized possession of up to two ounces of marijuana and home cultivation in the capital. Shortly after the initiative passed, the DC Council drafted legislation to regulate the sale of marijuana like alcohol. In November, a council committee approved a bill that would have set the rules for production and sales taxes on marijuana. DC appeared set to follow Colorado and Washington state in having legal dispensaries.

This prospect raised the ire of the Republican majority in Congress. Rep. Andy Harris, whose Maryland district sits on the eastern shore of the Chesapeake Bay, far from DC, had long challenged the District’s political autonomy, previously attempting unsuccessfully to prevent the city from lowering fines for marijuana possession. Shortly after the referendum passed, as part of a deal to avert a government shutdown Harris and his GOP colleagues in Congress barred the DC government from spending any funds on the legalization of marijuana. “The fact is, the Constitution gives Congress the ultimate oversight about what happens in the federal district,” Harris said at the time.

While the DC Council found a way around that spending prohibition to implement the exact text of the ballot measure, Harris’ rider has prevented DC from advancing toward a real legal market. That’s left the city in a limbo state. Instead of a fully legal market, DC currently has a hybrid system whereby possession of marijuana is legal but buying or selling it is not. Some enterprising individuals have entered what the Washington Post recently termed the “gray market,” starting clubs or selling other goods that just so happen to come with a free bonus gift of some weed. But for the most part, DC’s marijuana market is still operating like every other black market in country, just a little more out in the open when it comes to possession, though the drug is still sold with the risk of arrest.

“Congress has failed us,” says Grosso. “They continue to block this effort. The people of the District of Columbia deserve this kind of a marketplace, and we don’t have the opportunity to do that.”