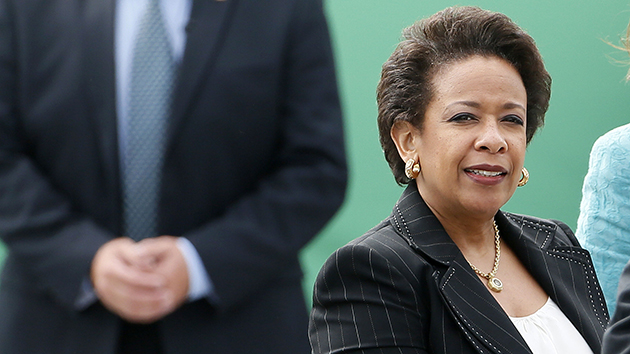 A group of nearly 40 representatives, from the Congressional Black, Hispanic, and Asian Pacific American Caucuses, wrote to Attorney General Loretta Lynch Wednesday morning, requesting that the Department of Justice do more to address gun violence in minority communities across the country.

“We believe the administration, working with its state and local partners, should examine new policies to reduce gun violence that can be implemented without the need for legislative action,” the group wrote. “Specifically, we strongly encourage your Department to consider stronger enforcement efforts directed at the relatively small number of dishonest dealers who sell the vast majority of firearms used in crimes.”

The letter, spearheaded by Reps. Ruben Gallego (D-Ariz.) and Robin Kelly (D-Ill.), asks for a meeting with Lynch to talk about various policy proposals, and blames Congressional Republican leadership for blocking progress on “common sense legislation” that they say could address gun violence in US communities. One of those proposals is the “Good Neighbor” code of conduct resolution introduced by Gallego last month (the bill is currently stalled  in the House Subcommittee on Crime, Terrorism, Homeland Security and Terrorism). That resolution calls on the Attorney General to establish a voluntary system in which gun dealers would be urged to maintain a trained workforce that understands all current gun laws, would notify law enforcement of suspected so-called “straw” purchasers, and ensure that a full background check be performed before a gun is sold. Participating gun dealers would then get a certification from the Attorney General’s office, and a list of “Good Neighbor” certified gun dealers would be posted online.

Additionally, Gallego’s resolution calls on the Attorney General’s office to improve the accuracy of firearms trace data, and to do more to identify licensed dealers whose guns disproportionately end up being used in crimes. According to Gallego, 5 percent of gun dealers supply nearly 90 percent of guns that police recover.

Gun deaths “remain frustratingly common across the country, especially in communities of color,” the representatives note, citing statistics that point to the overrepresentation of minorities as victims of gun violence. “African Americans represent 13 percent of the U.S. population but constitute fully 55 percent of all gun homicide victims,” they wrote. “Similarly, even though Latinos are less likely than whites or African Americans to own guns, they are nevertheless disproportionately likely to be victimized in gun-related crimes.”

Others have also suggested that gun control activists have fallen short in addressing the specific needs of minority communities. City Lab’s Brentin Mock pointed out on Tuesday that gun control groups, many of which are majority-white, have not formed alliances with groups such as Black Lives Matter, primarily because they have suggested that minority communities have not done enough to address intra-group crime. “As if it needed repeating, black people don’t kill people because they’re black, and black people are not victimized by gun violence because they’re black,” Mock wrote. “The prevalence of guns held legally and illegally in high-crime areas in place like Chicago and New Orleans owes more to segregation and cities’ unimaginative ways of dealing with inherited poverty.”