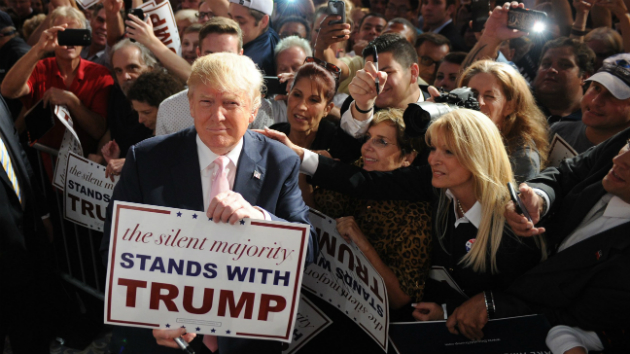 Donald Trump may believe he has special insight into the concerns of American women. (Recently, he declared that women might like to wear burkas to save time on makeup.) But the women of America aren’t buying it. Or, at least, they’re not buying into his campaign.

Much of Trump’s presidential effort has been self-financed, but he has raised approximately $1.1 million from donors who gave more than $200 each. Only a small fraction of these funders have been women, according to a new analysis. OpenSecrets.org (where I used to work) has examined the donations to the major presidential candidates, using databases of names to determine which candidates have pocketed the most campaign dollars from women, and Trump is at the bottom of the list of GOP contenders.

The vast majority of political donors are, and always have been, men. In the 2014 midterm elections, OpenSecrets calculates, only 27.1 percent of donations to federal candidates came from women. Democrats are traditionally slightly better than Republicans when it comes to attracting female donors. But though there are more women in the United States than men, women are greatly underrepresented in the donor class. In 2012, 44.1 percent of the $200-plus donors for President Barack Obama were women; a mere 28.3 percent of Mitt Romney’s contributors were women.

This year, several GOP candidates are doing better than Romney did on this front. Jeb Bush has raised more than 32 percent of his money from women. Of Ben Carson’s fundraising from $200-and-above donors, 38.8 percent came from women. (Carson raises a lot of money from under-$200 donors, and records are not kept for these contributors.) Other GOP candidates, including Ted Cruz, Marco Rubio, and the lone female candidate, Carly Fiorina, have each collected at least 31 percent of their $200-plus hauls from women. Rand Paul, whose overall fundraising has been anemic, has picked up merely 22.1 percent from female donors.

Trump, though, is the worst. Just 18.4 percent of his $200-plus donations have come from women. And Trump has fared particularly poorly among female donors who contribute the maximum amount: Only 24 women have given Trump more than $2,700.

I honestly have never seen a gender breakdown like this in candidate support (or lack thereof). #WomenNOT4Trump https://t.co/mXbpfFvwUP

Trump has promised to “be phenomenal to the women” if elected. So far, few women have put their money where his mouth is.