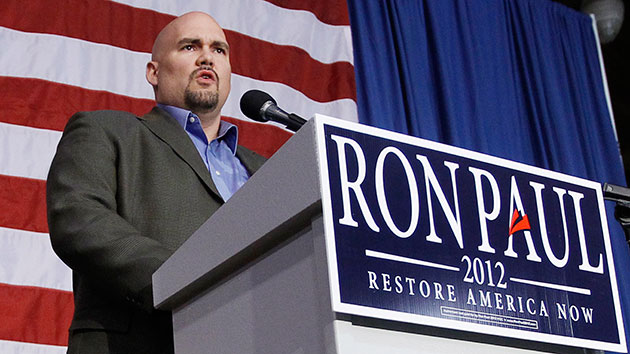 In late 2011, then-Iowa state Sen. Kent Sorenson had committed to backing Michele Bachmann’s presidential campaign in the run-up to the 2012 Iowa caucuses. But Sorenson was getting irritated with Bachmann and felt he owed the Ron Paul campaign something. After all, he testified in an Iowa courtroom Thursday, many of Paul’s campaign staffers had previously worked for the National Right to Work Committee, an anti-union group with close ties to the Paul family, and they had supported Sorenson’s political aspirations with money and manpower.

In the days after Christmas 2011, Sorenson said, the Paul campaign pressured him to switch sides, and after he asked for money to change his endorsement, a Paul operative stuffed a $25,000 check into the hands of Sorenson’s wife. 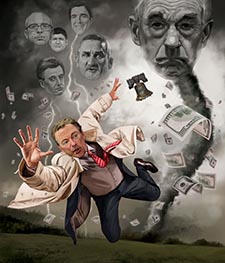 Read our April feature on the Paul family scandal here.

Sorenson’s testimony came during the trial of two Paul family political operatives: Jesse Benton, who is married to Ron Paul’s granddaughter, was chairman of the 2012 presidential campaign, and operated a super-PAC backing Rand Paul in the 2016 race. Dimitri Kesari, who gave Sorenson’s wife the $25,000 check, is a longtime National Right to Work Committee and Paul family associate.

While paying for Sorenson’s endorsement violated Iowa Senate rules, it is not illegal under federal law for a presidential campaign to do so. Prosecutors say Kesari and Benton crossed the line when they allegedly tried to cover up the payments to Sorenson. Benton faces one count of making false statements to federal investigators. His attorneys argue that he didn’t know much about the deal with Sorenson and did not lie when he told investigators he knew nothing about the scheme. Kesari, on the other hand, faces a slew of charges, including conspiracy, campaign finance charges, and obstruction of justice.

In court, Sorenson testified about making the decision to switch his endorsement. “I’m sorry for what I’m about to do,” he recalled telling a friend on the Bachmann campaign, after revealing to the friend and others on Bachmann’s campaign that the Paul camp had offered him money to switch sides. Then, Sorenson said, he drove to a Paul event, where he was eagerly greeted by Kesari, who ushered him inside, where Benton and others on the campaign were waiting. Sorenson testified he was led over to meet Benton.

“I remember specifically asking Jesse if they would take care of me,” Sorenson testified, when asked whether he arrived at the Paul event with the expectation of being paid to change his endorsement. The response from Benton, according to Sorenson, was, “You’re bleeding for us—we’ll take care of you.”

Later that night, Sorenson said, Kesari took his cellphone away to prevent him from talking to the media or anyone else about his reasons for switching sides. “I was a wreck,” Sorenson recalled.

Bachmann publicly accused Sorenson of taking money to switch sides—it was later revealed that Sorenson was first paid by Bachmann’s campaign—and according to Sorenson, the morning after his decision, Kesari, Benton, and others counseled him on how to handle the situation and prepped him on how to address the media.

Sorenson pleaded guilty last fall in federal court to charges that he helped the campaign hide the payments. On Wednesday, Ron Paul testified, stating that he didn’t approve of endorsements and certainly wouldn’t have wanted his campaign to pay for one.

Besides Sorenson’s and Paul’s testimonies, prosecutors have introduced dozens of emails and financial records showing that the Paul campaign funneled money to Sorenson via a third party—a company in Maryland that did no work for the campaign but was paid for “audio-visual” work and then turned around and paid Sorenson. The payments are not in dispute, but defense attorneys for Kesari and Benton have argued that they were a normal part of politics and that there was no crime in the way they were reported.

Sorenson will return to the witness stand tomorrow.