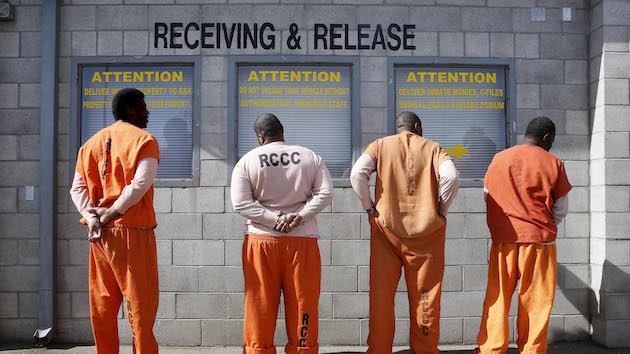 Here’s the good news: The number of prisoners in the United States dropped last year to its lowest point since 2005, a trend likely to continue following the release of about 6,000 inmates from federal prisons in the past few days.

And here’s the bad: The prison population still only dropped by 1 percent in 2014, to about 1.6 million. At this rate, we won’t return to the incarceration rate the country had in 1994, before tough new legislation sent the prison population soaring, until 2027, according to Matthew Friedman at the nonpartisan Brennan Center for Justice.

Momentum is growing in Washington to tackle criminal justice reform. A group of about 130 police chiefs and prosecutors last month called to reduce the prison population; President Obama is increasingly focusing on criminal justice reform; and presidential candidates on both sides of the aisle have come out with their own proposals, in a striking reversal of the “tough on crime” rhetoric of past decades.

Reform has already had some impact. The total US prison population fell by 15,400 people last year, its second largest decline in 35 years, according to data released by the Department of Justice.

Notably, the number of inmates in federal prisons fell for the second year in a row after several decades of steady growth. Although the Federal Bureau of Prisons housed only about 13 percent of all US prisoners at the end of last year, it is still the country’s largest prison system, followed by the state systems in Texas and California.

“Reducing the number of admissions is unequivocally a positive development, but without significant changes in the number of releases, incarceration rates won’t return to comparatively reasonable levels for decades,” Friedman wrote.

A report by the Urban Institute think tank reached similar conclusions, finding that current and projected falls “will provide some relief to the bloated federal prison system” but are “not sufficient to relieve severe overcrowding.”

To substantively reduce the federal prison population, the Urban Institute researchers said, reform will have to focus on drug crimes. Half of male prisoners and 59 percent of female prisoners in the federal system were incarcerated for drug offenses as of September 2014, according to the DOJ.

Fortunately for prison reform advocates, precedent is in no short supply. Twenty-four states reduced their prison populations last year, primarily by releasing more prisoners. Mississippi, historically one of the states with the highest incarceration rates, led the pack with a 14.5 percent reduction of its prison population, thanks to an extensive package of reforms that included shorter sentences for some drug crimes.

The federal government too is making moves in this direction. The Federal Sentencing Commission last year passed an amendment to cut sentences for many drug offenders, which culminated in the release of more than 6,000 federal prisoners since Friday. The commission said at the time that retroactive application of the new guidelines could make more than 40,000 prisoners eligible for sentence reductions.