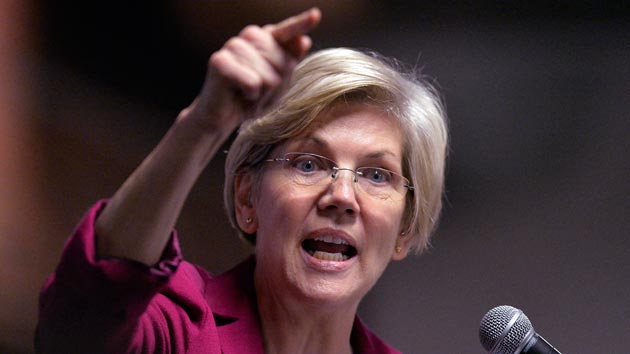 Retirees across America look to financial advisers for help in navigating options for smart retirement saving. But there’s a scary fact many folks don’t know when they entrust their life savings to a broker. According to a report released by Sen. Elizabeth Warren (D-Mass.) last week, many financial advisers promote inferior financial products to collect kickbacks—from pricey Caribbean vacations to gift cards and golf outings—offered by the companies that sell certain annuities. And what’s worse, that practice is totally legal.

The study, called “Villas, Castles, and Vacations: How Perks and Giveaways Create Conflicts of Interest in the Annuity Industry,” points out that loopholes in various rules from the Securities and Exchange Commission, the Financial Industry Regulatory Authority, state insurance departments, and other agencies allow this practice to continue. The tainted financial advice costs Americans about $17 billion every year.

To get a sense of the prevalence of these perk-induced conflicts of interest, Warren’s Senate office wrote to 15 leading annuity providers, asking whether they offered non-cash incentives, including vacation trips, cruises, and dinners, to annuity sales agents for promoting their financial products. Often, agents have to hit multi-million-dollar sales goals to trigger giveaways, so the letter also asked these companies about their protocols for disclosing sales incentives to annuity purchasers. Warren began the investigation in April, a few weeks after the Department of Labor proposed a rule to help curb conflicts of interest in annuity sales.

None of the companies, says the report, provided complete answers to Warren’s questions, but “the responses nonetheless reveal a widespread practice of offering agents kickbacks in exchange for promoting certain annuities…and that such kickbacks are effectively concealed from customers.” Thirteen of the 15 companies contacted by Warren’s office admitted to offering perks either directly to sales agents or indirectly through third-party providers. Some of the top perks included a 30-day trip around the world for two, a week in Bora Bora, a trip to Monte Carlo, and a week in Rome. Beyond vacations, Warren’s office heard from companies that they offered items such as iPads, golf outings, jewelry, dinners at expensive restaurants, and sports tickets.

Here are more examples of the types of perks that companies revealed to Warren’s office:

Existing rules limit non-cash compensation for annuity sales, but these regulations still make it fairly easy to provide kickbacks while staying within the confines of the law, the report found. For instance, companies are allowed to offer expensive vacations when they’re tied to sales meetings or conferences. They are also allowed to provide perks via third-party marketing organizations as a way to get around limits on non-cash compensation provided directly to sales agents.

Disclosures of these conflicts of interest to potential buyers are limited at best. Warren’s report notes that the company’s disclosures are often “buried deep” in the annuity prospectuses—documents describing the financial product—”in complete legalese,” and that the descriptions of various giveaways are broad and vague. No company clearly described the nature of the perks provided, or the fact “that these perks may create incentives for the agent to put his or her own interests ahead of those of the customer.”

The Labor Department’s proposed rule aimed at closing many of the loopholes that created conflicts of interest in annuity sales. If finalized, the rule would explicitly require that all advisers giving retirement advice must act in the best interest of their clients, meaning that they cannot encourage inferior products for their own benefit. The rule would also require financial advisers to clearly disclose conflicts of interest rather than burying them in the fine print.

The public comment period on this rule closed at the end of September. The Republican-led House Financial Services committee has pledged to thwart the measure, and at the end of October, the House passed a bill prohibiting the Department of Labor from finalizing this rule. Historically, this sort of stalling tactic has not gone far: The House passed similar legislation in 2013, but the Senate did not take it up. The three Democratic candidates for president have all backed the rule.

Meanwhile, Warren has kept up her efforts to encourage the rule’s passage. In September, Warren wrote letters to the Labor Department and the Brookings Institution, a Washington think tank, questioning potential financial industry input on a report issued by a Brookings scholar that criticized the Labor Department’s proposed rule. When the Senate Committee on Health, Education, Labor, and Pensions, on which Warren serves, held a hearing about the rule in July, Warren ripped into the president of investment services provider Primerica, Peter Schneider, over a string of lawsuits alleging that the company gave unsound investment advice to imminent retirees. Schneider insisted that regulators have found that his firm acted properly.