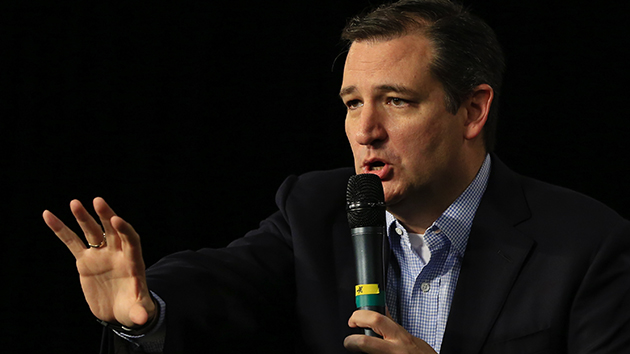 In dollar terms, Ted Cruz is doing quite well in the dark-money game that has come to dominate presidential politics. Four super-PACs supporting the US senator from Texas have raised a total of $38 million—more than the super-PACs backing any other Republican presidential candidate except for Jeb Bush.

But Cruz’s campaign has grown frustrated that the groups—called Keep the Promise PAC, Keep the Promise I, Keep the Promise II, and Keep the Promise III—haven’t been spending that whopping sum to promote Cruz. They’ve run just one TV ad, on a single night in September, and haven’t bought any further TV ad time. By contrast, outside groups backing Bush, Marco Rubio, John Kasich, and even lower-tier candidates such as Bobby Jindal and Chris Christie have already spent millions on ads for them. Under federal law, the campaign can’t coordinate with the super-PACs to urge them to run the pro-Cruz ads it wants to see.

Enter Courageous Conservatives PAC. The newest pro-Cruz super-PAC aims to prod the other groups into running ads, and to show them what types of messages to convey. To do this, the group released a radio ad last week in which it slammed emerging front-runner Rubio and touted Cruz. “We all loved how Marco Rubio took apart Jeb Bush in the debate,” the narrator says. “Wasn’t it great? But what’s Rubio ever done? Other than his Gang of Eight amnesty bill, can anyone think of anything Marco Rubio’s ever done?”

Rick Shaftan, a spokesman for the group, makes no secret of Courageous Conservatives PAC’s intentions toward the other super-PACs backing Cruz. “What we’re aiming to do is to get Keep the Promise I, II, and III to make some aggressive ads that people will want to share on social media like they do with our ads,” he says. One of the four groups, Keep the Promise I, finally began spending money when it put out eight radio spots last week, which Shaftan calls “just horrible” and “so weak” that voters won’t listen to them.

While this new super-PAC, like the others, cannot coordinate with the Cruz campaign, it has a clear link to Cruz’s campaign manager, Kansas City-based strategist Jeff Roe, whose reputation for running nasty campaigns in Missouri goes back more than a decade.

The treasurer of the new pro-Cruz group is James C. Thomas III, a Kansas City lawyer and close associate of Roe’s. The treasurer is responsible for registering the group and handling its legal issues and paperwork. Thomas often acts as treasurer for groups that Roe uses for his clients in Missouri.

Earlier this year, Thomas registered the group Citizens for Fairness in Missouri, which Roe used as a front group in his work for Missouri gubernatorial candidate Catherine Hanaway. The group ran an attack ad against Hanaway’s opponent, Tom Schweich, who later committed suicide, bringing scrutiny on Roe, the ad, and his aggressive campaign tactics. Thomas has also served as treasurer of five super-PACs or campaign committees at the federal level before Courageous Conservatives. Mother Jones found that four of those five efforts were tied to Roe or his firm, Axiom Strategies.

Shaftan told Mother Jones he was unaware of Roe’s connection to Thomas, adding that Thomas does the legal paperwork for multiple groups and works with many people. He declined to name anyone else involved with Courageous Conservatives PAC except to describe them as “people who want to see Ted Cruz elected and want to make sure there are good ads to back him up.”

The group has spent about $25,000 thus far, and Shaftan expects to release more ads this week or early next week. In response to questions about the Keep the Promise super-PACs and the new group, a spokeswoman for Cruz responded, “We do not coordinate with them.”