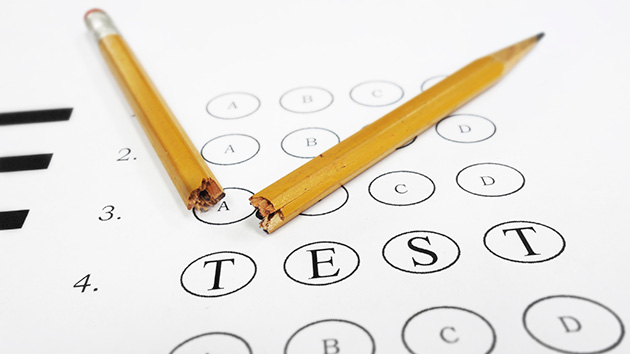 Update (12/9/2015): The Senate approved the rewrite of No Child Left Behind by a huge bipartisan margin today. The White House announced that President Barack Obama will sign the bill into law, Newsweek reports, possibly as soon as tomorrow.

For nearly a decade, Congress couldn’t agree on how to improve the No Child Left Behind Act (NCLB), despite its growing unpopularity. However, Congress is finally close to a new, bipartisan overhaul of George W. Bush’s signature 2002 education law. On Wednesday, the House passed the Every Student Succeeds Act; the Senate is expected to vote on it next week. As it makes its way toward President Barack Obama’s desk, here is a cheat sheet to cut through all the policyspeak and education jargon surrounding the failure of No Child Left Behind.

Why do so many people want to get rid of No Child Left Behind?

Short answer: Too much testing and not enough real learning.

As I wrote in my recent Mother Jones story about students who are opting out of standardized testing, the original, well-intentioned No Child Left Behind law was intended to reduce stubborn race- and class-based achievement gaps. Instead, it created a system in which American kids take more standardized, mostly multiple-choice tests than their peers in any other industrialized nation:

A 2014 survey of 14 large districts by the Center for American Progress found that third- to eighth-graders take 10 standardized tests each year on average, and some take up to 20. By contrast, students in Europe rarely encounter multiple-choice questions in their national assessments and instead write essays that are graded by trained educators.

In New York, 20 percent of students didn’t show up on the testing day this year.

One high school senior in Florida told me that she took 15 standardized tests last year alone. By her own estimates, she spent about three months out of every high school year taking or preparing for multiple-choice tests. All this testing has prompted a backlash among kids and parents. In New York, where the pushback has been the strongest, 20 percent of students didn’t show up on the testing day this year.

Oh, and those achievement gaps haven’t budged at all since NCLB went into effect:

Most importantly, test-based accountability is failing on its most important mandate—eliminating the achievement gap between different groups of students. While racial gaps have narrowed slightly since 2001, they remain stubbornly large. The gaps in math and reading for African American and Latino students shrank far more dramatically before No Child Left Behind—when policies focused on equalizing funding and school integration, rather than on test scores. In the 1970s and ’80s, the achievement gap between black and white 13-year-olds was cut roughly in half nationwide.

So how is the new No Child Left Behind different?

Short answer: The big change in the new bill is that it significantly reduces the power and the role of the federal government in holding schools accountable.

The Every Student Succeeds Act keeps the biggest pieces of NCLB in place. Students are still required to take yearly tests in math and reading from third to eighth grade and once in high school. Schools still have to report the results of these tests by subgroups such as race, English-language proficiency, poverty, and special education. States will still be required to intervene in schools that are not meeting their goals. But they, not the federal government, will decide how to turn things around.

States, not the feds, will now be responsible for measuring students’ academic progress. This means schools can ditch some standardized tests for things such as evaluations of student work and parent surveys. States and districts could theoretically use their limited money to pay local teachers—rather than education software companies—to measure kids’ performance. And the federal government will no longer require using standardized-test scores to evaluate teachers.

Will these changes improve learning and close kids’ achievement gaps?

Short answer: Maybe. The new bill doesn’t include all the pieces of the larger puzzle.

While these policy changes include many big steps in the right direction, simply improving the criteria for judging schools won’t necessarily lead to improved teaching and learning. The most important reforms must happen at the school and classroom level.

Race- and class-based achievement gaps haven’t budged since No Child Left Behind went into effect.

Research tells us that schools improve most when teachers are empowered. This includes reforms like increasing paid time for teachers to plan intellectually engaging lessons, letting them design their own assessments, and reflecting on student work to adjust their teaching. Successful, experienced teacher leaders need a variety of quantitative data, such as grades and attendance, and qualitative metrics like student engagement to find the root causes behind their pupils’ achievement gaps.

Nationally, this sort of school-based professional development is difficult to sustain because American teachers have heavier teaching loads than educators in many other countries and little time for learning and leadership (three to five hours per week in most schools). Teachers in Finland, Singapore, and South Korea, by contrast, spend 15 to 25 hours each week working to improve their craft. In theory, Every Student Succeeds calls for districts to work directly with teachers and staff to design tailored classroom reform plans. But historically such mandates have not been fully funded and have been difficult to sustain.

Most importantly, classroom reforms face the biggest obstacles in schools with large numbers of low-income students. In the past 10 years, the per-student funding gap between rich and poor schools has grown by 44 percent. Less funding means fewer qualified teachers, larger classes, and less time for teachers to plan, learn, and lead. It’s hard to imagine making any significant progress in closing our achievement and opportunity gaps when these inequities are not addressed with the same systemic attention that’s been devoted to standardized test taking.