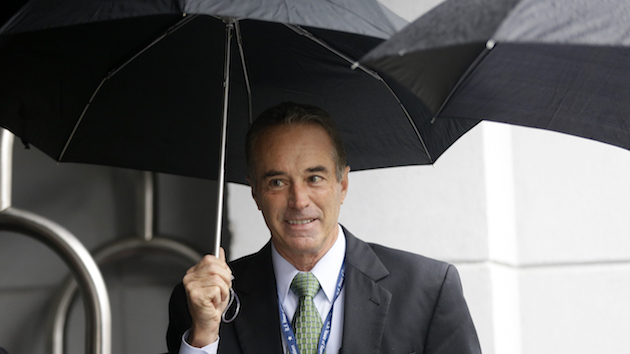 When he came to Washington in 2013, Rep. Chris Collins (R-N.Y.) disclosed millions of dollars of investments in companies that manufacture medical devices. Now, from his seat on the House Energy and Commerce Committee, Collins has become one of the industry’s most avid and influential supporters—and has co-sponsored legislation that would benefit companies in which he has invested or has an ownership stake.

As reported by the health and medicine news agency STAT, Collins is hardly alone: Congressional disclosure forms reveal that about 30 percent of senators and 20 percent of representatives “held assets in biomedical and health-care companies, or in specialty funds set up to invest in those industries, during 2014.” The investments totaled upward of $68 million—more than lawmakers’ combined investments in the defense and construction industries—and were concentrated on such major multinationals as Pfizer, Johnson & Johnson, and Merck. While this may appear to be a conflict of interest, there is nothing illegal in this practice.

Reporters Sheila Kaplan and Ike Swetlitz list several members of Congress on both sides of the aisle who own stock in biomedical and health care companies while working “on many issues of critical importance to the industry, including drug regulation, research funding, and taxes on medical devices.” But even within this crowded landscape, Collins stands out.

The Energy and Commerce Committee’s broad responsibilities include oversight of the Food and Drug Administration and policy related to public health, medical research, and drug regulation.  When Collins came to the House in 2013, he reported owning a stake of between $5 million and $25 million in ZeptoMetrix, a biotechnology company he co-founded, as well as stock worth between $500,000 and $1 million in a medical device company called Chembio Diagnostics Systems. Both Chembio and ZeptoMetrix would benefit from legislation that Collins co-sponsored to repeal a tax on medical devices.

He also sponsored a provision in a bill on FDA reform that would have pushed the agency to weaken regulations requiring some drug companies to run studies on the safety and success of their products even after they are on the market. The move would have saved the companies money and could have been advantageous to, among others, Innate Immunotherapeutics Ltd., a biotech company in which Collins is the single-biggest shareholder, according to STAT.

Collins declined to discuss his investments with STAT.

Rep. Scott Peters (D-Calif.) is another lawmaker with a significant personal stake in the medical industry, and he has also defended it in Congress. This summer, Peters united 78 fellow members of Congress in an effort to protect pharmaceutical companies from costly legal challenges to their patents by opposing the Innovation Act, a patent reform bill that faced heavy opposition from the pharmaceutical industry. The industry has made changes to the Innovation Act a top priority, saying it’s overly broad and would hurt legitimate inventors. While Peters was campaigning to revise the bill in Congress, STAT reports that his wife was buying up between $610,000 and $1.5 million worth of stock in drug and medical device companies.

STAT contacted dozens of lawmakers for comment, but they declined.