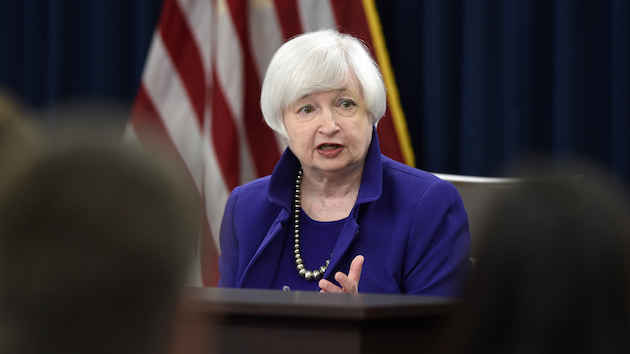 The Federal Reserve on Wednesday raised its benchmark interest rate for the first time in nearly a decade. Citing rising employment and economic activity, the central bank’s Federal Open Market Committee voted to raise its target for the federal funds rate (the rate that banks pay to loan each other money overnight) to between 0.25 and 0.5 percent. Interest rates across the economy are expected to climb along with it.

This may not sound significant, but the Fed’s interest rate decisions have a huge impact on the American and global economies. The rate is one of the main mechanisms that the Federal Reserve uses to cool the economy and quell inflation. The last time the Fed raised it was in 2006. Then came the housing market crash, the Great Recession, and the Fed’s unprecedented response: nine years of near-zero rates aimed at spurring economic growth.

A growing contingent of influential economists believe that it is too soon to take moves that will slow economic growth, arguing that raising rates now will do the most damage to those who can least afford it: the poor and minorities. They say the Fed should only step in when there are clear signs of rising inflation, the traditional trigger for tightening monetary policy, which hasn’t happened yet.

The decade of near-zero interest rates have brought the economy into such unfamiliar territory, however, that other economists say we can’t predict the consequences of this move by the Fed. “The environment we’re in is just so out of the range of our models that we are a bit in the dark,” says Mark Calabria, director of financial regulation studies at the libertarian Cato Institute.

The one point everybody agrees on is that while the impact of this first hike may be minor, Yellen has indicated that more may follow and those will shift gears in the American economy. Everyone will be affected, with some clear winners and losers.

The big winners are likely to include:

The financial sector: Big banks and financial institutions have already seen a bump from the anticipated rate hike. Banks typically benefit from rising rates, because that means they are able to lend at higher long-term interest rates while borrowing at lower short-term ones. The financial sector also benefits from hard-on-inflation policies, since high inflation erodes the value of their investments. “Unexpected increases in inflation are wealth transfers from creditors to debtors,” explains Josh Bivens, research and policy director at the progressive Economic Policy Institute. “The finance sector really, really dislikes unexpected inflation.”

People with savings in the bank: Ralph Nader recently published a condescending letter that he wrote Yellen, urging her to raise rates for the sake of “the savers of America.” (Yellen responded with her own letter defending the Fed’s policies). Nader was onto something though: An extended period of low rates hits hardest ordinary people who keep their savings in bank accounts. With interest rates near zero, their savings stagnate. But there’s a twist. The very poor are generally unable to save much, which means that they don’t have much to lose. People with significant savings tend to put their money in the stock market, which has soared over the past few years.

“If you’re talking about people that have any significant savings at all—more than $5,000 or $10,000—they’re not keeping it in a checking account, they’re doing things like putting it in stock and bonds. And the price of stocks and bonds have actually been driven higher by the Fed’s policies,” says Bivens.

Small businesses (maybe): This seems counterintuitive. After all, “cheap money,” or low interest rates, are supposed to benefit borrowers. But since the financial crisis, big banks have all but cut off lending to small businesses. The lack of bank loans has pushed small business owners into the open arms of non-bank lenders, who charge far higher rates. (The Wall Street Journal cites a lender that charges 39 percent, as opposed to the 5 percent to 6 percent a bank would charge.) Some commentators have pointed out that higher rates could encourage banks to loosen their purse strings.

But at the same time, small businesses will be among the first to suffer if domestic demand drops—and some are worried that this could happen with higher interest rates. The Fed is betting that the economy is strong enough, but only time will tell.

The economy as a whole (maybe): The big question mark is whether so-called bubbles are already forming in some areas of the economy. There is no agreement on this point, but cheap debt historically encourages a rapid rise in prices in certain sectors followed by a sudden drop, which is what happened when the bubble “burst” in the housing market during the Great Recession. Some economists are worried that we could make the same mistake again. Calabria from the Cato Institute, explains that even though he has been arguing in favor of a rate hike for several years, he is concerned about this rate hike and the implications for “financial stability.” The discussions about it remind him of those from 2003 and 2004, before the last crisis. Some economists see a bubble growing in the housing market, while others, including former Fed Chairman Alan Greenspan, have sounded alarms about a potential bubble in the bond market.

Low-wage workers and the unemployed: Many pro-rate hike economists point to the unemployment rate as a reason to support the Fed’s move. The economy has been steadily adding jobs in recent months—including 211,000 in November—and unemployment, now at 5 percent, has returned to pre-recession levels. The point of low rates is to create jobs, so with unemployment down, some say the Fed has already done its job.

But although unemployment has dropped, underemployment—or the rate of people working in jobs that don’t match their skill level or working part time when they would prefer to work full time—is still high at 9.9 percent, according to Jared Bernstein, former chief economist to Vice President Joe Biden. What’s more, wages are rising well below target levels.

Some economists argue that it’s worth keeping rates low until their benefits spread to a greater number of low-income workers. “If [this hike] sets off a too-steep series of interest rate increases, I think the big losers are the literally couple of a million Americans who would not have jobs 12 to 18 months from now…and really tens of millions of Americans who will have slower wage growth over that time if we restrict economic growth too much,” says Bivens. Another argument for keeping rates low is that high employment disproportionately benefits black workers, who have been hit the hardest by the past two recessions.

Emerging markets: Developing economies such as Russia, Turkey, and Brazil may also take a hit from the rate hike. By attracting investors to the United States with higher returns, the Fed’s rate hike is expected to strengthen the dollar relative to other world currencies. For the many companies in emerging markets who have taken out dollar-denominated debt, this could be a major problem; they will have to pay more on their loans even as their own countries’ currencies remain weak. International investors are already expected to pull more than $500 billion out of emerging markets this year, making 2015 the first year in nearly three decades that more money has left emerging markets than entered them.

Exporters: The United States is tightening monetary policy just as the European Union, Japan and China move in the opposite direction, which will make the dollar even more attractive to foreign investors. A stronger dollar would push up the price of US exports, leaving some American companies at a competitive disadvantage.

Taxpayers: Finally, raising rates will push up one cost we all share—the cost of servicing government debt. Borrowing costs will rise along with interest rates, which will make it just that much harder for the government to close its deficit.