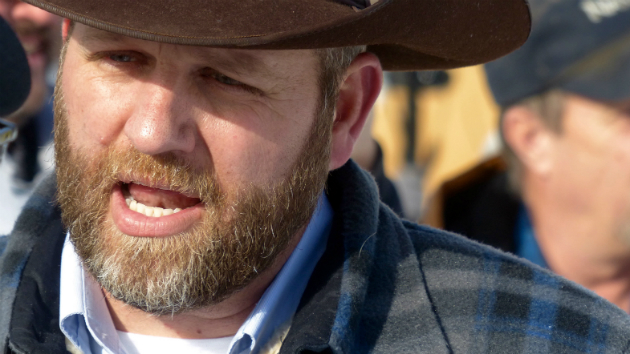 As one of the leaders of a band of armed, anti-government activists who have taken over a Fish and Wildlife Service building in Oregon, Ammon Bundy has denounced the “tyranny” of the federal government. And he has brought a new round of attention to the anti-government militia movement that in 2014 rallied behind his father, Cliven Bundy, when the elder Bundy and armed supporters confronted federal agents in Nevada. But not long ago, Ammon Bundy sought out help from the government he now decries and received a federal small-business loan guarantee.

Ammon Bundy runs a Phoenix-based company called Valet Fleet Services LLC, which specializes in repairing and maintaining fleets of semitrucks throughout Arizona. On April 15, 2010—Tax Day, as it happens—Bundy’s business borrowed $530,000 through a Small Business Administration loan guarantee program. The available public record does not indicate what the loan was used for or whether it was repaid. The SBA website notes that this loan guarantee was issued under a program “to aid small businesses which are unable to obtain financing in the private credit marketplace.” The government estimated that this subsidy could cost taxpayers $22,419. Bundy did not respond to an email request for comment about the SBA loan.

On Monday, ABC News reported that Bundy and the “militia members occupying the Malheur National Wildlife Refuge set up a roadblock, and two armed members manned a guard tower that is usually used to spot wildfires.” Bundy has vowed to occupy the site in Burns, Oregon, for years. He participated in that tense 2014 standoff near his father’s ranch; at one point he was tased by federal law enforcement agents for kicking a police dog.

It’s not clear what Bundy and his fellow anti-government protesters, who include his brother Ryan, are trying to achieve through their standoff at the wildlife refuge. In an interview posted on his family’s Facebook page, Bundy said the group would leave when the federal government allows local ranchers to use their land the way they want to. But he didn’t specify what that means.

The takeover began following a protest against a judge’s decision to re-sentence an Oregon rancher and his son for arson. The two men admitted to starting blazes that grew out of control, but they maintained they had a right to light these fires to protect their land from invasive species. They have both already served prison time, but a judge determined their sentences were too short. The convicted ranchers have rejected Bundy’s takeover of the refuge center, saying Bundy and his comrades do not speak for them. In a December 11 letter, Ammon Bundy and his supporters declared, “We hold compelling evidence that the U.S. Government abused the federal court system” in the case of the convicted ranchers.

Simply put, the federal government has adversely stolen the lands and resources from the people, destroyed thousands of jobs, and the economy of an entire county. Now anyone who has enough guts to stand against them, they annihilate through their own court systems…

The ranching and logging industries were only a start, since then these modern day conqueror’s (federal agencies) have moved onto the housing, banking, auto, manufacturing, financial and the list goes on and on and on. I do not need to say much more, it is time to change the tide before the people become too weak to stand. We are presently at a dividing point in history and must choose how the future of our children and our children’s children will lay out.

The statement did not mention the Small Business Administration and the taxpayer-funded assistance it provided to Ammon Bundy.