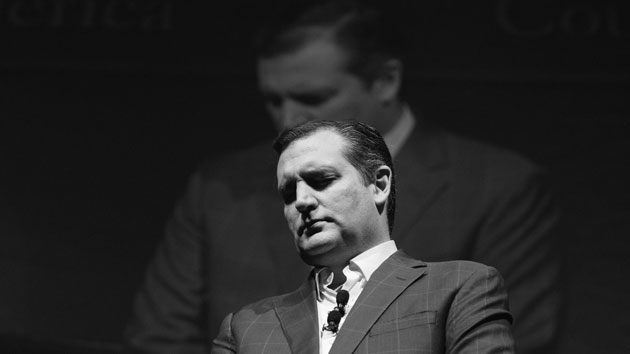 Over the last few days, Republican front-runner Donald Trump has suggested that Sen. Ted Cruz should ask a court for a written declaration that the Canadian-born Texan is eligible to be president. That’s to be expected—Trump rose to prominence among conservatives by questioning the eligibility of the sitting president. On Wednesday, Sen. John McCain, one of the Republican Party’s elder statesmen, told a talk radio host that he wasn’t sure if Cruz was eligible to be president. That’s less expected but still easily explained—McCain hates Cruz with the fire of a thousand suns.

And now House Minority Leader Nancy Pelosi has joined the fray. “I do think there’s a difference between John McCain being born into a family serving our country in Panama than someone being born in another country, but again this is a constitutional issue that will be decided or not,” she told reporters on Thursday.

This is absurd. Cruz is eligible to be president because his mother was an American citizen. And as National Review explains, it’s not even an especially unusual situation:

[T]here is nothing new in this principle that presidential eligibility is derived from parental citizenship. John McCain, the GOP’s 2008 candidate, was born in the Panama Canal Zone at a time when there were questions about its sovereign status. Barry Goldwater, the Republican nominee in 1964, was born in Arizona before it became a state, and George Romney, who unsuccessfully sought the same party’s nomination in 1968, was born in Mexico. In each instance, the candidate was a natural born citizen by virtue of parentage, so his eligibility was not open to credible dispute.

It shouldn’t be a hard question for Pelosi or McCain to answer unambiguously—we’ve spent roughly eight years rehashing the constitutional requirements for the office over and over again (in part because of Trump and the kinds of people who support him). The fact that McCain and Pelosi both—for perfectly legitimate reasons—can’t stand Cruz is just not an appropriate justification for Trumpian nativism.