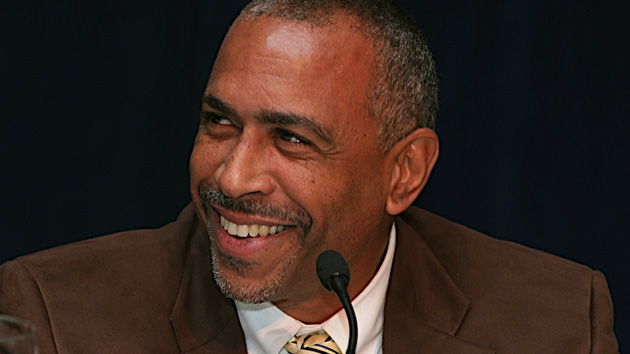 “If the streets shackled my left leg, the schools shackled my right.” That’s how author Ta-Nehisi Coates described growing up in Baltimore in last year’s influential Between the World and Me, his treatise on the history of racism in America. Instead of fighting to eliminate racist patterns in American society, Coates wrote, the country’s public schools often replicate them: “I was a curious little boy, but the schools were not concerned with curiosity. They were concerned with compliance.”

Coates’ poignant classroom narratives add to at least three decades of research documenting similar experiences by African American students. At the forefront of this work is sociologist Pedro Noguera, a distinguished professor of education at the University of California-Los Angeles and a director of its Center for the Study of School Transformation who also taught in urban classrooms for five years before entering academia. In his 2008 book, The Trouble With Black Boys, Noguera discovered a jarring discrepancy in his research that echoed Coates’ experiences almost two decades earlier. Although nearly 90 percent of black male high school students in California schools said they agreed with the statements that “education is important” and “I want to go to college,” less than a quarter said their teachers treated them fairly or that they trusted them or that they worked hard to achieve good grades. It’s no wonder then, Noguera wrote, that racial achievement gaps remain stubbornly large.

In the past five years, Noguera has emerged as one of the most vocal critics of our country’s mainstream approach to school reforms. Now that the new Every Student Succeeds Act (ESSA) has been signed into law to replace No Child Left Behind (NCLB), many parents, teachers, and educational advocates are wondering: Will the new law finally help students in the most underserved schools and communities? Mother Jones caught up with Noguera to get his take.

Mother Jones: Federal policies like the NCLB and ESSA are intended largely to help the most disadvantaged students and improve the bottom 5 percent of the lowest-performing schools. Will the new education law help move us closer toward these goals?

Pedro Noguera: Unfortunately not. It’s not addressing the real issues related to poverty that are contributing to why those schools are struggling. Having less emphasis on testing, particularly if states use those resources to devise other means to support schools, will be helpful. But you still don’t have federal or state strategies to address issues related to poverty and how they affect schools—that’s a glaring omission. The origins of these federal policies were tied to President Johnson’s war on poverty. Supplemental funds were sent to school districts serving poor children to compensate for issues related to poverty. Since the enactment of NCLB, the focus on mitigating poverty has been replaced by a focus on accountability as measured by test scores.

MJ: Do we have any districts or states that are more advanced in addressing poverty and quality of teaching at the same time?

PN: I think California, because of their Equity Funding Formula, moves a step in that direction by sending more resources to communities and students that face greater levels of poverty. But California is doing that from a greater position of real weakness, because they were already so far behind other states in funding per student. It’s a step, but many more steps need to be taken. Children Now just released a report on the state of children in California, and they estimate that 1.5 million kids may be experiencing some form of trauma. The state is not doing anything about it. Even though I want to give California some credit, I have to acknowledge that it has some of the highest poverty rates in the nation and the needs of the kids are significant. California hasn’t figured it out by any means.

MJ: You have studied effective schools that reduce gaps and teach African American and Latino students successfully for several decades. What are the most essential ingredients that exist in these schools?

“It seems obvious, but when you look at schools that are really struggling, you don’t see high-quality education. You don’t see a positive culture, stability among teachers, or leadership.”

PN: You wrote about Mission High School for Mother Jones and your book, and that’s a good case study for this. It’s been a struggling school for many, many years, and [that’s] not surprising since it’s serving some of the most disadvantaged kids in the city. It wasn’t the only one by any means, but it was among those. It shows that things like good, steady, stable leadership makes a huge difference; focusing on the culture of the schools as a place where kids feel supported and want to be; supporting the teachers, so they want to stay and work hard. It’s about having a comprehensive vision that includes things like social supports while providing a high-quality education. It seems obvious, but when you look at schools that are really struggling, you don’t see high-quality education. You don’t see a positive culture, stability among teachers, or leadership. We don’t focus enough in our policies on creating conditions to educating kids with the greatest needs. There is no state that does that.

MJ: In your book The Trouble With Black Boys, you write how there is so much strong research on what teaching strategies work with African American students and their learning styles. Is this knowledge reaching our schools more since you wrote this book in 2008?

PN: Not enough. It really rests on the educators to seek it out and to apply it and not treat [it] as a gimmick, but treat it as a set of practices and strategies that have to be implemented well and with consistency, can be effective. For example, we know that African American students tend to be relational learners. It’s about the relationships between a teacher and student. Students respond well to teachers they know, believe in them, care about them, but also who teach in a matter that elicits a more active approach to learning, rather than just sitting and listening. The research on this is strong and has been available for a long time, but it is not widely practiced. That’s a huge obstacle. We have examples of schools that serve African American boys well but not enough of that information is shared and applied.

MJ: Since teachers, especially in underfunded urban schools, have such high teaching loads, do we need local, state, or federal initiatives that make this kind of specialized teacher training for educators who work with African American students possible?

PN: That’s exactly the role the states’ departments of education should play. Right now, most departments of education are set up largely to regulate schools and hold them in compliance. They don’t really help schools. When a school is struggling with certain kids, they can’t go to the state and say, “Can you help us with resources and training?” That should be their role. No state is set up to do that right now.

MJ: Will the new ESSA move some states in that direction?

MJ: What are some of the most important lessons you took away from your five years as a classroom teacher?

MJ: Did you encounter teachers like that when you were a student?

PN: Not enough. I did have a few teachers who extended themselves this way, but not that many.

MJ: Research shows that early childhood education is one of the best investments a country can make for increasing overall educational achievement. The new ESSA sends more federal money to early childhood initiatives. What will that mean for the states?

PN: It’s too early to tell, but the politics of it are so interesting. Oklahoma, which is a fairly conservative state, has been a leader in early childhood education. They’ve invested in it for years. But I imagine that other states, such as Texas, will see this policy as they see health care: an entitlement that they don’t need to invest in. So, it will continue to be really uneven, and I think we’ll see cities taking a lead on this more than states, such as Seattle, Boston, and New York have done. Hopefully, other cities will follow suit.

MJ: What is it about Tulsa that makes its program effective, aside from the long-term political consensus that this is an important priority?

PN: Focus on quality, including teacher training and pay. This is one of the challenges that [New York City Mayor] Bill de Blasio speaks about. New York rushed to get students into early childhood programs, but the research is clear that it has to be high quality. What we are giving poor kids now in early childhood is nothing like what we are giving middle-class kids in most places. Middle-class kids get to play, develop their thinking ability. Poor kids are much more likely to get regimentation under the guise of socialization. On top of it, we have huge segregation in early childhood programs. I don’t see these patterns changing anytime soon, and that’s a big obstacle.

MJ: Your book, Excellence Through Equity, is dedicated to your five children. You write, “Much of what I’ve learned about equity I have learned from raising them.” What did you mean by that?

PN: This is almost common sense, and all parents get it: All kids are different, even when they come from you and theoretically have the same culture. Some of my kids had been more outgoing and had an easy time at school. Others were more shy and needed more support. As a parent you are very aware of these differences and are not treating them all the same, given who they are as people. That’s at the core of equity: understanding who your kids are and how to meet their needs. You are still focused on outcomes, but the path to get there may not be the same for each one. We need to create schools that are organized to meet the needs of the kids they serve instead of what we’ve been doing. We expect kids to adjust to the schools and if they can’t, we say something is wrong with the child—instead of focusing on engagement and nurturing the love of learning in kids.