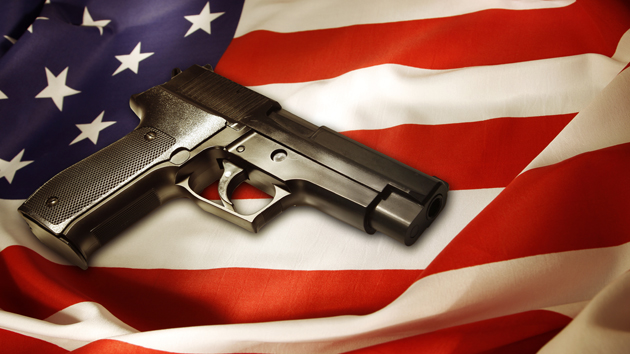 On the first day of 2016, President Barack Obama began his final year in the White House with brief comments highlighting his accomplishments on the economy, health care, marriage equality, and climate change. Then he focused once again on what he has described as his biggest frustration in office. “What if Congress did something—anything—to protect our kids from gun violence?” he asked in his weekly radio address. He noted that since the moment nearly three years ago when the Senate failed to tighten firearm regulations, “tens of thousands of our fellow Americans have been mowed down.”

Obama is expected to announce new executive orders this week on gun policy, aiming foremost to expand background checks for buyers by broadening the definition of a gun dealer. It’s not just about redoubling his efforts on an issue that marked “the worst day of his presidency” and undoubtedly occupies his thoughts about his legacy. He is continuing a push to circumvent pro-gun lawmakers using executive power, a strategy that has also been gaining momentum in some states.

Yet the reality is that Obama’s latest moves will do relatively little to change how easily Americans can get guns. Expanding background checks through a broader interpretation of current federal law still won’t close the so-called gun show loophole; hundreds of thousands of firearms will continue to be bought and sold with minimal regulation, both online and in person. Only an act of Congress could change that comprehensively.

Moreover, Obama’s renewed push will bring another bonanza for gun sellers. It’s been a surefire formula: The National Rifle Association declares that the White House is poised to strip Americans of their constitutional freedoms, and gun sales soar. Various Republican presidential candidates are now in on the act.

But those concerns may ultimately be secondary if Obama can shake up the fight over firearms by effectively tweaking a deeply entrenched and damaging national narrative. He also plans to hold a town hall meeting on guns on Thursday night at George Mason University in Fairfax, Virginia (not coincidentally the city that is home to NRA headquarters). As gun policy expert and long-time reform advocate Mark Glaze has put it, “Changes to the culture are more important in some ways than legal changes.”

The last few weeks have also brought notable moves on guns by Democratic leaders at the state level. Gov. Dannel Malloy of Connecticut announced he would ban people on the US government’s terrorism watch lists from purchasing guns in his state. The attorney general of Virginia, Mark Herring, gutted a reciprocity agreement and prohibited permit-holding residents from 25 other states from carrying concealed weapons in Virginia. Meanwhile, political observers on both sides of the issue suggest that the major new gun reform groups created in the aftermath of the Sandy Hook massacre are gaining ground.

Still, few would dispute that the deep-pocketed NRA and other gun lobbyists continue to have the upper hand in the nation’s legislatures. The freshest reminder of their advantage came on New Year’s Day in Texas, where a new law went into effect allowing nearly 1 million residents to openly carry handguns in public.

Obama may feel particularly emboldened now that it’s late in the fourth quarter. And America’s chronically polarized, mostly predictable gun politics may fundamentally be starting to change. Any honest appraisal would acknowledge that’s better than the grievous status quo.