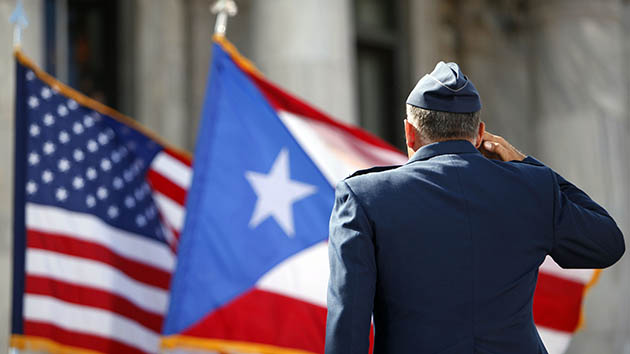 On September 28, 2008, Luis Sánchez Valle and Jaime Gómez Vázquez were indicted separately in Puerto Rican courts on multiple weapons-related charges. While those cases progressed, both were indicted separately by federal grand juries on similar charges. Both pleaded guilty to the federal charges, which carried less severe penalties, and both successfully petitioned the Puerto Rican trial courts to dismiss the local charges on double-jeopardy grounds.

On Wednesday, the US Supreme Court will hear Puerto Rico v. Sánchez Valle, a case that experts believe could go a long way in determining if Puerto Rico’s government has some of the autonomy of a sovereign state or if it is completely under the territorial control of the US government. The question focuses on whether the constitutional protection in the Fifth Amendment on double jeopardy—which states that no one should be charged for the same crime twice under the same sovereign government—applies to those facing the same charges under federal and Puerto Rican laws. But the decision could also have much broader implications.

“[This case] may affect the federal government’s defense of federal legislation and policies related to Puerto Rico across a broad range of substantive areas, including congressional representation, federal benefits, federal income taxes, bankruptcy, and defense,” wrote Solicitor General Donald Verrilli Jr., the US government’s designated lawyer for Supreme Court hearings, in a brief arguing that Puerto Rico is not sovereign.

“[This case] may affect the federal government’s defense of federal legislation and policies related to Puerto Rico across a broad range of substantive areas, including congressional representation, federal benefits, federal income taxes, bankruptcy, and defense.”

The Puerto Rican courts dismissed the charges, but local prosecutors successfully appealed to the Puerto Rico Court of Appeals on grounds that the federal and local charges were charged under distinct sovereigns and the two men should be prosecuted in both jurisdictions. The Puerto Rico Supreme Court agreed to hear the dispute in both cases and consolidated them. It then ruled in March 2015 that for purposes of double jeopardy, the federal government and the Puerto Rico government aren’t distinct: “The Commonwealth of Puerto Rico is not a sovereign entity inasmuch as, being a territory, its ultimate source of power to prosecute offenses is derived from the United States Congress.”

But in a petition to the US Supreme Court, lawyers for the island’s government blasted the Puerto Rico Supreme Court’s ruling.

“It is hard to overstate the legal, practical, and political implications of [the Puerto Rico Supreme Court’s decision],” the lawyers wrote. “It strips Puerto Rico of the ability to enforce its own criminal laws without federal interference.”

Unlike states and Native American tribes—which have their own inherent sovereignty under the Constitution—Puerto Rico is a territory, as it has been since the United States seized it from Spain in 1898. Some have argued that the island gained a level of sovereignty when it adopted its own constitution in 1952, making it something between a state and a territory. Others contend that any powers Puerto Rico’s government has must come from the US Congress, and therefore it is not sovereign. This tension is at the heart of the statehood debate that has raged for decades in Puerto Rico, and the court’s decision will have a lasting impact in determining Puerto Rico’s actual political status.

“That will make it very difficult for advocates for [commonwealth status] to keep maintaining the position that in 1952 Puerto Rico became something other than a plain territory of the United States,” says Efrén Rivera Ramos, a law professor and former dean of the law school at the University of Puerto Rico. “That’s one of the central political issues here.”

Rivera explains that the political divisions that drive Puerto Rican politics hinge on the island’s status. On one side, statehood advocates argue that only statehood will give Puerto Rico parity in the eyes of the US Congress. On the other side, those who favor a version of the status quo want to maintain the semi-autonomy that exists today. A small minority advocate full independence.

If the court rules that Puerto Rico is not a sovereign entity, and that its power derives from the US Congress and not from the Puerto Rican people, then the argument in favor of the status quo will suffer a major blow, Rivera says. Arguments for maintaining the commonwealth status have already been undercut by the island’s current economic disaster and massive emigration problem, which stem in part from the inequities it suffers under its territorial status. Their argument that Puerto Rico enjoys privileges beyond those of a US territory would receive another big blow if the Supreme Court ruled against them, making statehood (or full independence) a more attractive option to bring the island a degree of stability.

A group of former and current top-ranking Puerto Rican government officials and judges filed a brief in support of the claim that Puerto Rico is not sovereign, and asked the court to limit whatever decision it renders to the very narrow question of double jeopardy.

“As a practical matter, any statement the Court makes suggesting something beyond territorial status for Puerto Rico…is fraught with potential political ramifications.”

“As a practical matter, any statement the Court makes suggesting something beyond territorial status for Puerto Rico—no matter how indirect or unintentional—is fraught with potential political ramifications,” they wrote, adding that a decision hinting at more sovereignty for Puerto Rico will force the federal government to reconcile the way federal taxes are applied on the island, how Puerto Rico handles foreign affairs, and why Puerto Ricans aren’t allowed to vote in federal elections, among other thorny constitutional issues.

Rivera, the law professor at the University of Puerto Rico, says the court’s decision will be parsed in a million different ways by the island’s political class and manipulated in support of a variety of arguments related to statehood, independence, or status quo. But, overall, it might help bring some clarity to the long-running debate about the island’s true status.

“The one thing I see as positive with all these developments is that people are talking more about the issue,” he says. “It’s become a topic of general conversation in Puerto Rico, and debate. Many people are following this. This might be the beginning of some movement in some direction.”