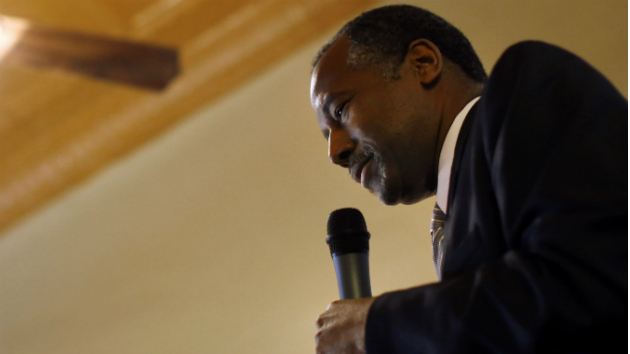 A political action committee with a track record of questionable tactics is attempting to use the recent death of a Ben Carson campaign volunteer to raise money. The group has no connection to Carson’s presidential effort, and a spokesman for the retired neurosurgeon who is seeking the GOP presidential nomination tells Mother Jones that the Carson team was “disgusted and appalled” by the ploy.

On Sunday, the Sacramento-based Defenders of Freedom and Security PAC sent out an email blast urging recipients to donate whatever they could and to join its email list to “help Ben Carson carry the baton of freedom to the next generation!” The message, which includes language suggesting that donations will be used to directly support Carson’s presidential bid, begins with a not-very-subtle attempt to grab potential donors by their heartstrings: “The Carson campaign dealt with a tragedy this week when a student campaign worker died tragically in a car accident in Iowa.” This was a reference to 25-year-old Braden Joplin, who died when a van carrying Carson campaign volunteers was involved in a crash on icy roads in western Iowa on Tuesday.

Far from using the volunteer’s death as a fundraising gambit, Carson suspended campaigning for two days, and the campaign sent a private jet to fly Joplin’s family to Iowa. When Carson resumed campaigning, he dedicated his stops to the young volunteer. When told of Defenders of Freedom’s fundraising email, the Carson campaign criticized the move.

“The Ben Carson for President 2016 campaign has no affiliation with the PAC in question, and quite frankly are disgusted and appalled that any organization would use this tragic accident to raise money,” says Carson spokesman A. Larry Ross. “The message is certainly in bad taste, demeaning to the life and legacy of Braden Joplin and inconsistent with Dr. Carson’s empathetic leadership in doing the right thing last week, by suspending his campaign to visit with the family and comfort and support his grieving staff.”

This is not the first time Defenders of Freedom and Security PAC has been accused of misappropriating a conservative’s name and image to raise money. Last June, conservative pundit Dana Loesch posted an angry response when, without her permission, the group used her name and words in a fundraising email that claimed to be gathering money to support a conservative congressional hopeful in Illinois named Mike Flynn. It’s unclear how much the group hauled in thanks to this pitch, but the only sign the PAC has done anything to aid Flynn—or any other candidate, including Carson—during the 2016 cycle is a $485 donation to Flynn’s campaign.

Much of the money the PAC raises, according to records from the Federal Election Commission, ends up in the pockets of the PAC’s organizers. In the first six months of last year, the group raised more than $13,000, nearly all of it from small donors (people giving $200 or less). It spent more than $18,000 (it had cash left over from the previous year). Of this amount, $13,700 went to pay the consulting company of a man named Adam Stern—who also heads the PAC.

Stern did not respond to a request for comment, but the group’s previous filings with the FEC raise red flags. In the 2014 election cycle, the group raised $127,000, and Stern’s consulting company was once again the biggest recipient, earning $27,300. The next biggest recipient of the PAC’s cash during that cycle was Amagi Strategies, a New York City-based company that was named by a conservative watchdog group targeting “parasites” who attempt to profit off conservative causes. Despite professing on the website to raise money to help a variety of candidates, in 2014 the group spent only $6,000 supporting candidates.

The group’s attorney, Dan Backer, denies that its recent email solicitation suggested a connection with the Carson team.

“That language in no way implies a connection with the campaign; you are clearly inferring it,” Backer writes in an email. “What it states, rather clearly, is that the PAC intends to support the election of that particular candidate and is asking the general public for support to do so. Which is the right of any organization to do so.”

Backer, who has been paid more than $17,000 by the group over the last three years, says the group has no link to the Carson campaign, but he claims the PAC has spent money to support Carson’s presidential bid. FEC records, however, don’t reflect that.