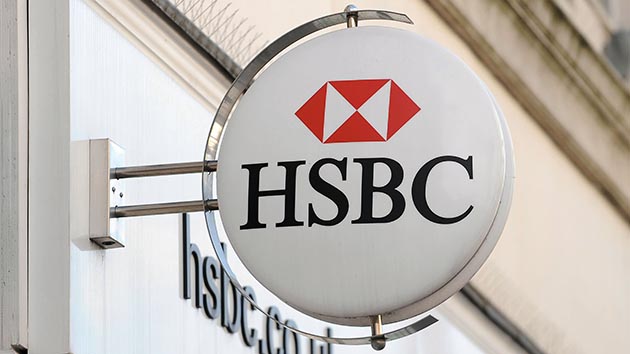 A group of families in the United States whose relatives were killed by Mexican drug cartels filed a lawsuit against the large financial institution HSBC this week, alleging that the bank’s admitted laundering of roughly $881 million for the Sinaloa, Juárez, and Los Zetas cartels played a key role in the deaths of their loved ones.

“Money laundering is the lifeblood of the Mexican drug cartels, enabling them to construct a façade of legitimacy through which they establish, continue, and grow their global enterprises,” the families’ lawyers wrote in the complaint filed in federal court, alleging that cartels use that money to buy the weapons, vehicles, and the public officials needed to operate. “Thus, by facilitating the laundering of billions of dollars of drug cartel proceeds through its banks, HSBC materially supported the terrorist acts of the cartels, including the terrorist acts committed against the [families].”

The suit was brought on behalf of four families who are all US citizens: the Zapata family, the Avila family, the Redelfs family, and the Morales family. Each lost at least one family member to cartel violence and, in some cases, two. Jaime J. Zapata and Victor Avila Jr. were special agents with US Immigrations Customs and Enforcement when they were gunned down by Los Zetas hit men in February 2011 in the central Mexican city of San Luis Potosí. Lesley Enriquez Redelfs worked at the US Consulate Office in Ciudad Juárez when she and her husband Arthur Redelfs were killed by Juárez Cartel gunmen in March 2010 after leaving a children’s birthday party. Lesley was four months pregnant when she was killed, and the couple’s infant daughter was with them at the time. Rafael Morales Valencia was killed in May 2010 after being kidnapped from his wedding party along with his uncle and brother by more than a dozen Sinaloa Cartel assassins.

“During the time period leading up to the attacks on the [victims], HSBC knowingly laundered billions of dollars for the Mexican cartels who committed the attacks, including the Sinaloa, Juárez, and Los Zetas Cartels, knowing or deliberately disregarding the fact that said funds would be used to support the Mexican cartels and their terrorist acts against Mexican and U.S. citizens,” the complaint alleges.

Rob Sherman, a spokesman with HSBC in New York, told Mother Jones that “we intend to defend ourselves vigorously against these legal claims. We are committed to combating financial crime and have taken strict steps to help keep bad actors out of the global financial system.”

“We intend to defend ourselves vigorously against these legal claims.”

The victims whose families have filed suit are not the only ones to suffer at the hands of the cartels. Cartel violence has claimed more than 100,000 lives since 2006, the complaint notes, and tens of thousands of others have disappeared. Just this week, the body of Mexican reporter Ana Flores Salazar was found in the eastern Mexican state of Veracruz the day after she’d been kidnapped by men believed to be linked to drug traffickers.

The families are suing under the US Anti-Terrorism Act, which allows US citizens to sue parties that they allege provided terrorist organizations with material support or resources. Jimmy Gurulé, a professor of law at the University of Notre Dame Law School and former undersecretary for enforcement with the US Department of the Treasury from 2001 to 2003, says the plaintiffs in this case have to prove the bank provided support to the cartels knowing, or intending, that money would be used to commit a violent crime.

“Here, I assume the plaintiffs are going to be arguing, ‘Well, the bank employees knew that these monies were going to be used for these criminal, violent purposes because they knew that the participants in the transactions were members of a drug cartel, and they knew that these drug cartels engage in violent activity, and therefore they had to know that some of this money might be used for a violent, criminal purpose,'” he told Mother Jones. “The more I think about it, it has some resonance.”

Since this is a civil case, he adds, the burden of proof is only a preponderance of the evidence whereas criminal cases require a standard beyond reasonable doubt. Besides, he says, large international banks aren’t exactly held in high esteem.

“If the case goes before a jury, I think HSBC, the global bank, is not a particularly sympathetic defendant,” he says. “At the same time, the victims, the surviving family members of the persons who were killed by members of the drug cartel, they are sympathetic…If I was HSBC, I would be taking this complaint seriously.”

Richard Elias, the St. Louis-based attorney heading up the team of lawyers representing the families, could not be reached for comment.

If the families succeed, however, other banks might start to get nervous. Insight Crime, an investigative reporting outlet that covers crime in the Americas, notes that Wachovia, now part of Wells Fargo, agreed to pay $160 million in 2010 after it had been found to have laundered at least $100 million in drug money. According to Insight, US government officials have estimated that international drug dealers launder as much as $85 billion annually through businesses registered in the United States.

This is only the most recent black mark for HSBC, the London-based banking giant. In December 2012, HSBC paid nearly $2 billion in penalties to the US government after acknowledging that it failed to prevent hundreds of millions of dollars generated by the cartels from flowing through its Mexican and US banks, according to Reuters. The bank, one of the largest in the world, was the subject of a major project by the International Consortium of Investigative Journalists in 2015 that showed that HSBC helped wealthy clients around the world evade taxes, and that it did business with sketchy regimes and politicians around the globe. As a result of that report, the governments in the United Kingdom and France launched investigations related to tax evasion, and HSBC says it has beefed up its internal standards.