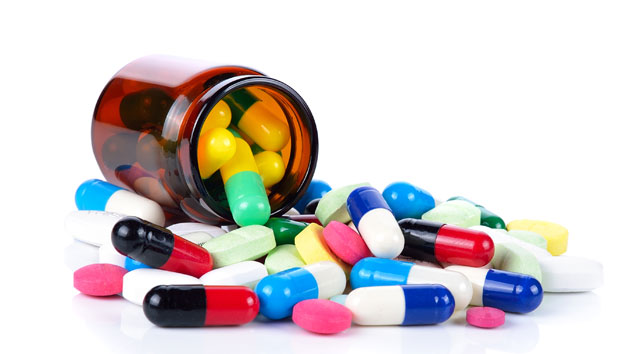 The US Food and Drug Administration announced Wednesday morning that it had approved updated information for physicians about mifepristone, the drug known as the “abortion pill.” The move is a notable one in debates surrounding reproductive health: Research has consistently shown that the previous FDA regulations for the drug were outdated and ineffective, and anti-abortion lawmakers have long been using that to their advantage by requiring doctors to adhere to the original FDA labeling.

The new labels will list the recommended dosage to be taken as 200 milligrams; the previous dosage was 600. Medical groups such as the American Congress of Obstetricians and Gynecologists have been recommending that mifepristone be taken at lower dosage for years, because the lower dosage is more effective when used with a higher dosage of a second medication, misoprostol, which causes the uterus to contract. The lower dosage of mifepristone is less expensive for patients, and comes with fewer side effects. Patients can also take the pill up to 70 days after their last period, as opposed to the original 49 days.

As previously reported in Mother Jones, a 1998 study in the New England Journal of Medicine found that the original FDA regimen failed by the ninth week of pregnancy for one in four women (out of a sample size of 2,100). The abortions were either incomplete or the women were still pregnant. Although the outdated FDA labeling was never unsafe per se, 99 percent of women in the study experienced some negative side effect: nausea, cramps, faintness, vomiting, back pain, and fever.

The label update is a long time coming—the drug was first approved in 2000, and its labeling came from restrictions that were set in France in the 1980s. Anti-abortion groups and conservative lawmakers have used the outdated FDA regimen to restrict access to what abortion providers hail as a safe and simple method for women throughout the country. Arizona, Arkansas, Ohio, Oklahoma, and Texas all have laws requiring providers to adhere to the FDA labeling established when the pill first went on the market. Doctors in other states commonly practice “evidence-based” or “off-label” prescribing, meaning they use methods developed by physicians over time after a drug has been put on the market.

According to Molly Redden at The Guardian, the changes could also come into play in state law.

“But in addition to providing clearer guidance to doctors, the change could have the effect of undermining several state laws, supported by abortion foes, that force clinicians to administer mifepristone according to the old regimen that the FDA approved in 2000. The old protocols called for patients to make up to three separate trips to a clinic—one for the dose of mifepristone, one for the dose of misoprostol, and one for a follow-up—rather than a minimum of one, for the mifepristone, in addition to specifying the different levels of medication.”

The American Congress of Obstetricians and Gynecologists released a statement in support of the new labeling, but warned that “there is still work to be done in updating the mifepristone label to reflect the current evidence.”

“For example, while the agency notes rare cases of fatal infections, it is important to note that no specific connection exists between medication abortion and these infections, which can also occur with other obstetric and gynecologic processes and procedures,” the statement reads. “The mortality rate associated with medication abortion continues to be lower than the mortality rate associated with childbirth.”

NARAL also issued a statement, saying the changes “will go a long way towards allowing women to make their own decisions about
their health care, and their futures.”