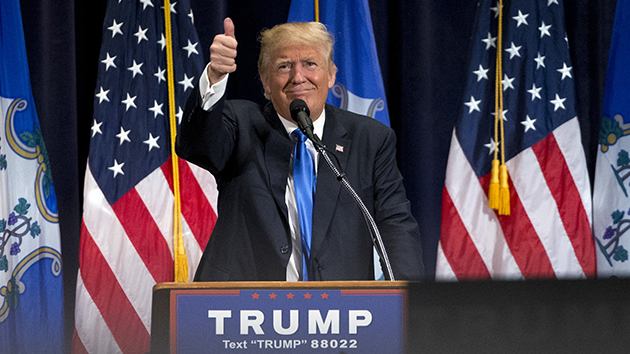 Pennsylvania is poised to be the most powerful state at the Republican National Convention. Thanks to an obscure party rule, 54 of the 71 delegates from the Keystone State who will be selected in Tuesday’s primary will not be bound to a candidate at the July convention in Cleveland. And with candidates scrambling for every delegate ahead of a possible contested convention, the state’s delegates could make all the difference. “If Donald Trump gets within 54 [delegates], Pennsylvania could be the deal maker or they could be the deal breaker,” says Randy Evans, a member of the party’s rules committee from Georgia.

Pennsylvania holds this much sway because it’s the only state taking advantage of a loophole in a rule the Republican National Committee adopted in 2012, which generally obligates delegates at the convention to vote for a nominee based on the results of their state’s primary or caucuses. That rule was designed to stop insurgent candidates. Four years later, it could have the opposite effect.

During the 2012 Republican presidential race, Rep. Ron Paul, a libertarian from Texas, didn’t win any states. But Paul’s supporters managed to take over the delegations of several states where delegates weren’t bound to the winner of the popular vote. In response, the Republican National Committee adopted Rule 16(a)(1), which required states to bind their delegates to the outcome of a statewide primary or caucus vote, using either a proportional or winner-take-all system.

But the rule contained an exception for the handful of states in which individual delegates appear on the ballot and are directly selected by the voters. Still, the loophole is narrow: If would-be delegates officially declare their intention to support a specific presidential candidate at the convention, they are required to keep that promise in Cleveland.

That’s what makes Pennsylvania’s system unique. Thanks to a quirk in state law, people running for delegate slots never officially designate the candidate they plan to support. Even though many delegate hopefuls have indicated informally whom they intend to support, there’s nothing stopping them from changing their minds.

A number of candidates for the 54 unpledged delegate spots in Pennsylvania—three for each congressional district—have said they will support whoever wins their district. If they hold to that, it would likely help Trump, who polls suggest is poised to win the state by double digits. But they might change their minds, particularly if Trump is short of the needed 1,237 delegates and a more viable general-election candidate has a shot at winning at the convention. Christopher Nicholas, a veteran Republican consultant in Pennsylvania, says delegates at the convention will be thinking, “‘Okay, the primaries are over. The reason we have this convention now, if no one got to the magic number, is to choose who’s best positioned to win.'” It might be hard for them to conclude that person is Trump.

Nicholas adds, “I hope they are prepared to be wined and dined, in the larger sense of the word, because they are going to be in the hot spot.”

If not for Rule 16(a)(1), it’s likely there would be significantly more unbound delegates at the convention in July. According to Josh Putnam, a political science professor at the University of Georgia, there were about 350 unbound delegates at the Republican convention in 2012, many of them state party leaders who are typically more inclined to select an establishment candidate. This year, Putnam predicts, that number is likely to be less than 150.

It’s hard to see how the major reduction in unbound delegates stemming from the 2012 rule doesn’t help Trump, who is almost certain to take a lead in pledged delegates into the convention. Party insiders—a group that includes many of these delegates—have sought to find ways to deny Trump the nomination. But in the absence of a large number of unbound delegates, that goal becomes much harder to achieve, at least on the first ballot at the convention.

Party rules are often a “recipe for unintended consequences,” says Putnam, who tracks the delegate selection process on his blog, FrontloadingHQ. “We see that every cycle and we are certainly seeing it now.” Without most of those 350 unpledged delegates, many of whom would have been state party leaders, says Putnam, “they have that much less of an institutional backstop to stop an insurgent candidate from winning.”

Even though all evidence suggests Rule 16(a)(1) will help Trump, this race has been nothing if not unpredictable. “The one thing I’ve learned about this cycle,” says Evans, the Republican National Committee member, “is there is nothing logical about it.”