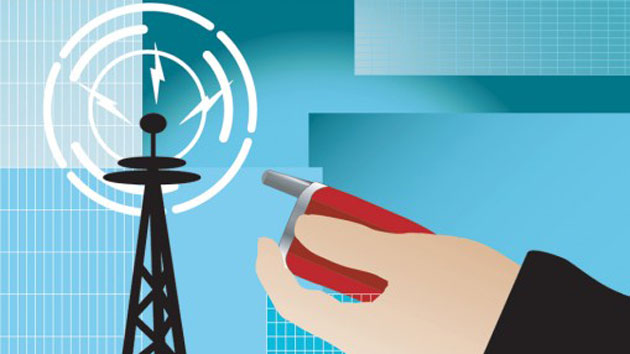 In March, the Maryland Court of Special Appeals ruled that a lower court was correct to suppress evidence the police had collected without a warrant using the cellphone tracking device known as a Stingray. Now the court has published the full opinion explaining its decision in the case, which has  been closely watched by civil rights advocates.

A Baltimore judge said evidence resulting from Stingray use is “fruit of the poisonous tree.” The appeals court agreed.

Lawyers for the state argued that Kerron Andrews, sought as a suspect in the shooting of three people, had “voluntarily” shared location information with “third parties” (his phone company) simply by leaving his cellphone on—and thereby had relinquished any reasonable expectation to privacy about his whereabouts. The appeals court disagreed, saying people “have an objectively reasonable expectation that their cellphones will not be used as real-time tracking devices” and that police should have obtained a warrant before using a cell site simulator—best known by the brand name Stingray—to locate him.

Here’s how it went down. In the spring of 2014, the police obtained Andrews’ number from a confidential informant. Then they sought a judge’s approval for a pen-register order. Such orders, generally used to seek call information and limited location information from a user’s phone company, are easier to obtain than a warrant, which requires probable cause. But the cops didn’t tell the judge they intended to use a Stingray to pull even more precise location info from Andrews’ phone.

Marketed by military and space technology giant Harris Corporation, the Stingray mimics a cellphone tower, forcing all phones within a given radius to connect and transmit to it information about their precise locations and communications. After the service provider helped the police determine the phone’s general location (based on which tower it was connecting to), they further scoured that area with a Stingray until they found the right house. They entered the home and arrested Andrews. Only then did they get a a warrant to search the place, where they found a gun among the sofa cushions. 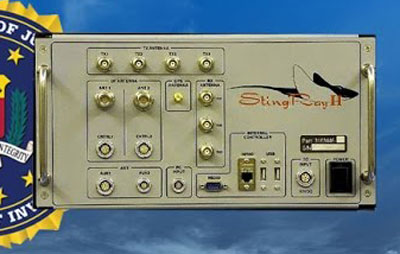 A Stingray can intercept location data so precise that police can pinpoint a cellphone user’s whereabouts. Some models can even record calls and texts.

In a pretrial hearing, the lower-court judge ruled the search warrant invalid. Using the Stingray to pinpoint the phone’s location, he held, amounted to a search that needed its own warrant. She declared all of the resulting evidence—including the gun and the fact that Andrews was found in the same house as the weapon—”fruit of the poisonous tree,” and therefore inadmissible. The higher court agreed.

“This is the first appellate opinion to fully address the question of whether police must disclose their intent to use a cell-site simulator to a judge and obtain a probable cause warrant,” says Nathan Wessler, a staff attorney at the American Civil Liberty Union’s Project on Speech, Privacy, and Technology. “The court’s opinion is a resounding defense of Fourth Amendment rights in the digital age.”

Last April, a Baltimore detective testified in court that the city’s police had used Stingrays more than 4,300 times since 2007 and had consistently failed to inform judges they planned to use them. The officers didn’t seek a warrant in Andrews’ case, the detective said, because of a nondisclosure agreement the department signed with the FBI. That agreement, forged in 2011 and published by the Baltimore Sun last year, prohibits the department from releasing info about Stingrays or their use to the public, defendants, defense attorneys, or judges—or referencing them in discovery materials, court filings, police reports, or case files.

Such secrecy robs the courts of oversight to ensure that law enforcement is operating within constitutional limits, Wessler points out. The appellate judges called the nondisclosures “inimical to the constitutional principles we revere.”

“Law enforcement is going to need to be a lot more transparent about where and when they use this technology.”

Last year, USA Today identified nearly 2,000 Baltimore cases wherein the police used Stingrays to make arrests, usually without a warrant. Natalie Finegar, who works for the Baltimore public defenders’ office, says the office is now reviewing Stingray cases, particularly 200 cases in which people may have been imprisoned based on Stingray evidence. “Those are the emergencies,” she says.

Last week’s opinion is likely to change police tactics in Maryland, says Daniel Kobrin, who represented Andrews on appeal. “Law enforcement is going to need to be a lot more transparent about where and when they use this technology,” he wrote in an email. “I suspect, as a collateral consequence, we’re going to see a drop in the numbers for how often the device is used.”

The state will need to drop charges against Andrews, Kobrin says, unless it appeals to the Maryland Supreme Court. He expects to know for sure within the next two weeks. It’s not just Maryland, though. At least 61 police departments in 23 states and the District of Columbia own Stingrays, according to the ACLU. At least 20 departments have signed nondisclosure agreements with the FBI.

But some courts have pushed back. In 2012, a federal judge in Texas rejected an officer’s pen-register application after deducing that the officer intended to use a Stingray—the judge told the cop he would need a probable-cause warrant instead. In 2013, a rape conviction was overturned on appeal after police admitted they didn’t seek a warrant to search the suspect’s girlfriend’s apartment because they didn’t want to tell a judge they used a Stingray to find it. And challenges to officers’ warrantless use of Stingrays are pending in several states. At least 11 states have enacted laws regulating how law enforcement tracks cellphones. The Stingray Privacy Act was introduced in Congress last November, but the committee to which it was referred has taken no action to date.