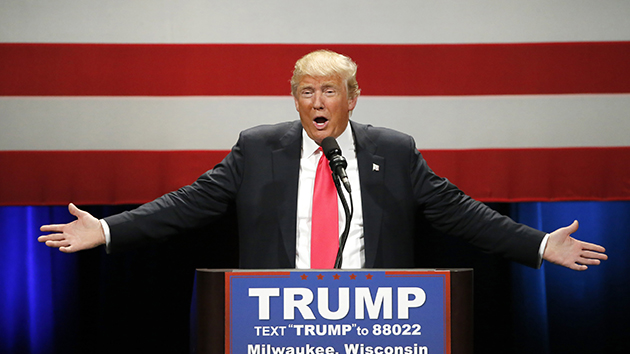 Republican presidential front-runner Donald Trump ignited a firestorm last week when he said that he wants to outlaw abortion and punish women who obtain abortions anyway. He soon clarified his comment, suggesting that women who get abortions should not be penalized. But most recently, he doubled down on his initial statement.

Here’s the chronology: During an interview with MSNBC’s Chris Matthews last Wednesday, Trump said that abortion should be banned and that “there has to be some form of punishment” for women who obtain abortions once they are outlawed. Faced with immediate criticism from both anti-abortion and pro-abortion rights groups, his campaign issued a statement saying that Trump believed that only the abortion provider, not the woman, should be held legally responsible.

But a few days later, on Saturday, Trump essentially reaffirmed his initial comments. His answer to Matthews’ question was “excellent,” Trump told talk radio host Joe Pags, in an interview flagged on Tuesday by the liberal website Right Wing Watch. Here’s the exchange:

TRUMP: A lot of people thought my answer was excellent, by the way. There were a lot of people who thought that was a very good answer. It was a hypothetical question. I didn’t see any big deal and then all of a sudden there was somewhat of a storm. And you know, it’s interesting, this morning I’m hearing two hosts on television that were critical and they said, “We really thought his first answer was very good.” Because you can’t win. “We thought it was good, what was wrong with his first answer?” And I heard a pastor, who is a fantastic pastor, saying, “Well, you know, if you think about it, his first answer was right”…

PAGS: Well, your answer was consistent with conservatism but Chris Matthews has an agenda, so I’m not even wondering about the question because I thought it was loaded and stupid and hypothetical.

TRUMP: It was disgraceful.

TRUMP: I heard people defending it today. Now they defend it. Now they say, “It was really right.” The whole thing is just so—look, the press is extremely unfair.

Trump, though, was not done with this subject. The next day, he had yet another position on abortion. He appeared on CBS’s Face the Nation and stated that the current law on abortion should not be changed. Once again, his campaign had to renovate his message. It quickly walked back this statement, asserting that Trump meant the law will remain the same “until he is President.”