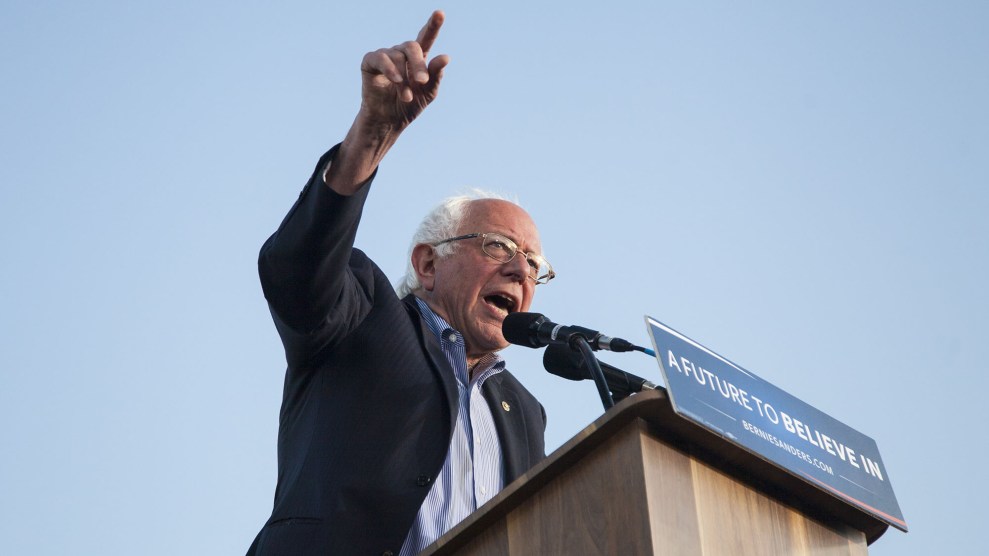 Bernie Sanders has formally requested a recanvass of the results of last Tuesday’s Kentucky’s presidential primary, where he lost narrowly statewide to Hillary Clinton, according to the Associated Press. State election officials will review the final tallies from electronic voting machines and absentee ballots cast in the Democratic primary.

“He’s in this until every last vote is counted and he’s fighting for every last delegate,” Sanders spokesman Michael Briggs told the AP.

We have received a request from @BernieSanders for recanvass of the vote totals in May 17 Dem presidential primary. pic.twitter.com/eDKhpHn8iK

A recanvass isn’t a recount; it’s merely a review of the voting machine and absentee ballot data reported to the secretary of state. The request for a recanvass comes as Sanders and the Democratic National Committee begin to work out how his ideas will be incorporated into the party’s platform committee, and Sanders slams Clinton for backing out of a previously agreed-to debate in California, calling her move “insulting to the people of California.”

According to the Kentucky State Board of Elections, Sanders came up 1,924 votes short of Clinton, out of 454,573 votes cast. The AP notes that both candidates picked up 27 delegates in Kentucky. One additional delegate will be awarded from the state’s sixth congressional district, where Clinton is ahead by about 500 votes, according to the current count. Sanders has a chance, then, to win that one additional delegate if the recanvass swings that district to his favor.

But it would hardly make a difference in the overall state of the race, where Sanders trails Clinton in the pledged delegate count by 271 delegates. When superdelegates are added in, Clinton’s lead swells to 766, and she needs only about 80 more delegates to win the nomination. There’s a good chance she’ll reach that total on June 7, when California, New Jersey, and four smaller states hold contests.

Based on those figures, Clinton has already declared herself the presumptive nominee. “I will be the nominee for my party,” she told CNN’s Chris Cuomo last week. “That is already done, in effect. There’s no way that I won’t be.”