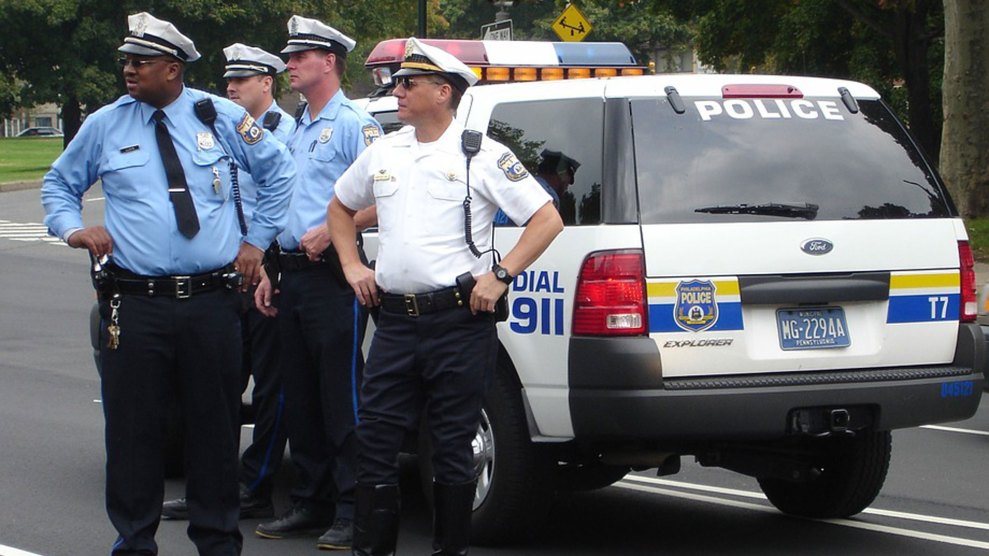 Update (5/26/16): Louisiana Gov. John Bel Edwards (D) signed the legislation this afternoon. The passage of the bill was roundly criticized by the New Orleans chapter of the Black Youth Project 100, a prominent organization within the Black Lives Matter movement.

In keeping with the trend of Southern states proposing puzzling legislation in recent months, Louisiana is set to pass a bill that would add law enforcement officers to the list of classes protected under the state’s hate crime law.

Louisiana House Bill 953, the “Blue Lives Matter” bill, would also add firefighters and emergency medical responders to the list. The current hate crime law covers crimes committed against people because of their race, age, gender, religion, color, creed, disability, sexual orientation, national origin, or ancestry. People convicted of hate crimes can have up to five years added to their sentence. Both houses of Louisiana’s legislature have passed the bill, and a spokesman for Gov. John Bel Edwards, whose family includes four generations of police officers, indicated that the governor would sign the bill this week. (Similar legislation was introduced in the US House in March.)

Hate crime laws are designed to protect people who are victimized because of immutable characteristics.

State Rep. Lance Harris, who introduced the Blue Lives bill last month, said it was needed because of rising attacks against law enforcement personnel. As examples, Harris mentioned the August 2015 shooting of a Texas sheriff and the ambush of two New York City police officers in December 2014. But the suspect in the Texas case was found incompetent to stand trial, and the assailant in the NYPD incident showed signs of emotional instability before that attack—and killed himself afterward. This past September, the American Enterprise Institute put out a report noting that shootings of police officers had hit their lowest point in a decade. A December 2015 report by the National Law Enforcement Officers Memorial Fund found that 42 officers were killed in the line of duty in 2015—a 14 percent drop from the previous year.

Allison Padilla-Goodman, regional director for the south-central division of the Anti-Defamation League (ADL), says adding cops to the list of categories covered by hate crime law is a bad idea for many reasons. For one, Louisiana—like every other state—already treats crimes against police officers more seriously than crimes against civilians.

Adding police officers to the list of protected classes, she says, distorts the purpose of the original legislation. Hate crime laws are designed to protect people who are victimized because of immutable characteristics, “something that someone cannot change about themselves or should not have to change about themselves,” notes Padilla-Goodman, and occupation is temporary and an inherently different kind of attribute. Adding occupations to the list, she says, will “water down” the law, weakening its impact and opening the door to further inappropriate categories. Some states have proposed giving homeless people protected status under hate crime laws—the ADL doesn’t support that, either.

Another problem with putting occupations on the list, Padilla-Goodman says, is that it will sow more confusion about what constitutes a hate crime—as it stands, hate crimes are drastically underreported in Louisiana, largely because police officers don’t understand how they are defined or why it’s important to report them. In 2014, only eight of 86 Louisiana state law enforcement agencies reported hate crimes to the FBI, and those agencies reported only nine hate crimes in all. (States of comparable population—Kentucky and Colorado—reported 163 and 96 hate crimes, respectively.) “There’s no confusion that crimes against law enforcement are serious and should be handled seriously,” Padilla-Goodman says. “The same cannot be said about crimes against [for example] transgender people.”

Ironically, she told me, Louisiana’s current law could be interpreted to cover attacks on police or firefighters: People who target someone based on “actual or perceived membership or service in, or employment with, an organization” are eligible to receive a harsher punishment. In any case, hate crimes can be hard to prove. “If I go out and shoot a cop, I’m going to have an enhanced penalty already,” Padilla-Goodman says. But “if somebody wants to try to prove that I committed a hate crime against a cop, somebody had to hear me say, ‘I hate all cops.'”

Randy Sutton, a spokesman for Blue Lives Matter, a national law enforcement group, told CNN last week that “it’s usually people committing crimes like robbery, or that are being pursued by police, that turn to shooting officers.” That, notes Padilla-Goodman, is essentially a concession that people don’t usually attack cops because they hate them: “Somebody committing a crime against somebody because they’re black didn’t mean that the black person had to do anything” to provoke it.