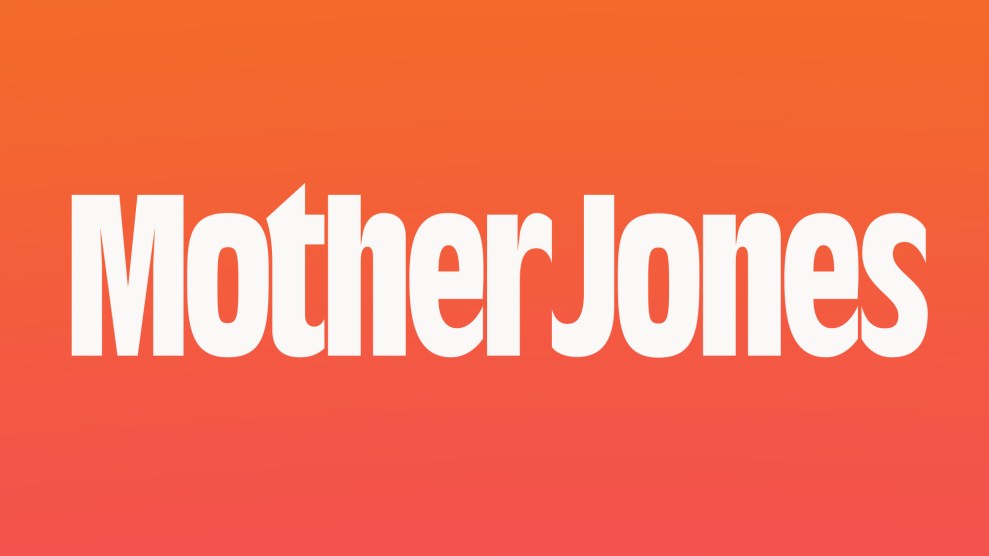 Forty years ago, operating out of a dingy office above a McDonald’s on San Francisco’s Market Street, a group of writers and editors inspired by Watergate decided to launch the equivalent of a crowd-funded media startup—a spiffy-looking new magazine, devoted to investigative journalism and supported by its readers. From the very first day, Mother Jones has emphasized making in-depth journalism look good, because powerful storytelling shouldn’t feel like homework.

In keeping with that spirit, we’ve decided to celebrate our 40th anniversary with a new design. These days when a magazine overhauls its look, the process normally works something like this: A new editor or creative director walks in, decides whatever came before was crap, hires an outside design firm or three, commissions a custom typeface or maybe 10, gets a team of web designers and app developers to translate that vision to the digital space, and lines up some celebrity buzz, and many, many months later, voilà! A redesign is born.

We did pretty much the opposite. First, except for the inspirational input of Luke Shuman, who helped our brilliant creative director, Ivylise Simones, design our new logo, we did this all in-house. We did it with the resources at hand. We did it in a few all-too-short months, amid our already awesomely hectic jobs. And, though we are over the moon about the new look for both the magazine and the site you are now on, we reverse-engineered the typical process, beginning with article pages on our mobile site and working back up the food chain, as it were, to the home page of MotherJones.com and then on to the print magazine. We did it that way, in part, because for far too long these three “products” looked nothing like each other; they’d each grown uniquely fusty. And we did it that way because every month 9 million people read our journalism—multiple new stories each day—via their desktops, laptops, tablets, and phones. 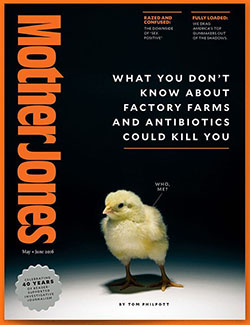 We wanted to give those 9 million people a better experience; one that was clean, easier on the eyes. We ditched a lot of clutter. Buttons for bygone social networks and services were banished from the page. So were an overwhelming number of links on the home page. We even cut down on the number of ad units per page.

We also wanted to make it easier for you to find our one-of-a-kind coverage about food politics and science and our signature investigative deep-dives. Both now appear on our navigation bar at the top of each page.

A new home page feature, called Exposure, will give you a dose of our commitment to photojournalism (the stunning pictures in our feature on Flint’s toxic water crisis are an excellent example). And for signature stories, we’ll deploy a photographically lush wide format, which will look eye-popping on your laptop and your cellphone.

We are also obsessed with our new favorite color, orange. We’ve used it to make links and other text easier for you to spot. And we are thrilled to be using a new display font called Mallory, from the Frere-Jones Type studio, that, in the words of the designers, “was built to be a reliable tool, readily pairing with other typefaces to organize complex data and fine-tune visual identities.” Our body font is Calluna. 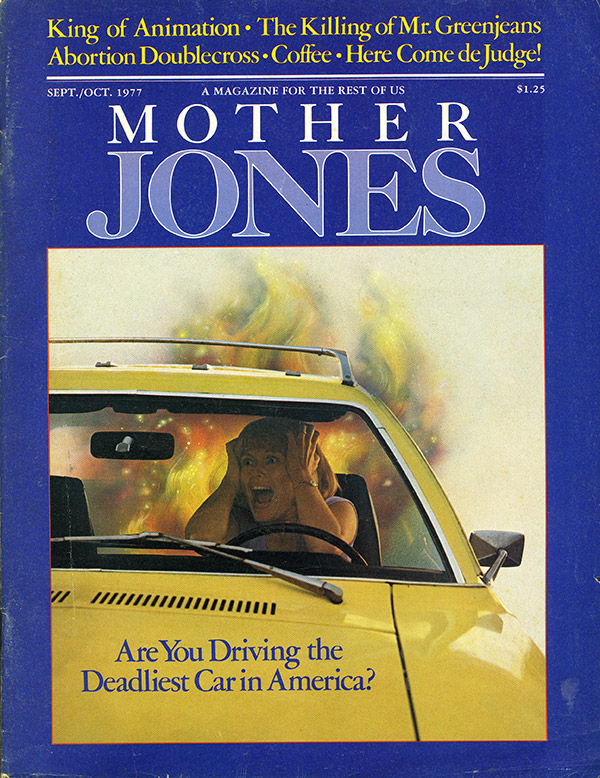 Okay, now back to the “investigative journalism” part. Like most in our trade, we do a lot of things these days. But at the core of what we do, and why you read Mother Jones, is the promise that we’ll rake the muck, that we’ll afflict the comfortable and, as our namesake put it, “fight like hell for the living.” Our dedication to investigative journalism ripped the lid off the Ford Pinto cover-up soon after the magazine launched in 1976, and we exposed Mitt Romney’s “47 percent” remarks during the last election—a story that, though it arguably altered the course of history, notably never took a spin through print.

Today, when a Pandora’s box full of vulgarity, obstructionism, and authoritarianism has been let loose upon the political landscape, when spin has tucked tail in the face of bald-faced lies, when people from every walk of life and every political persuasion feel like the deck has been stacked against them and the dealer is cutting cards to boot, the fight for justice is more important than ever.

We have your back and we hope you have ours. This publication—which might more properly be dubbed a nonprofit, digital-first news organization with a magazine’s secret sauce, if that weren’t such a mouthful—has always relied on reader support. It was readers who pitched in eight years ago when we wanted to expand past a six-times-a-year collection of freelance pieces to become what the PEN American Center recently called “an internationally recognized powerhouse” that often puts “more well-known and deep-pocketed news divisions to shame.” You built this.

We’ve tripled the size of the newsroom and grown our audience twenty­fold, but we’re not done yet. In the coming months we’ll unveil some truly blockbuster investigations as well as our ambitions to be far bigger and better still. We’ll be asking for your help and your input on how to get there. You can read why you should consider joining our community of sustainers here. Let’s fight the good fight, together.