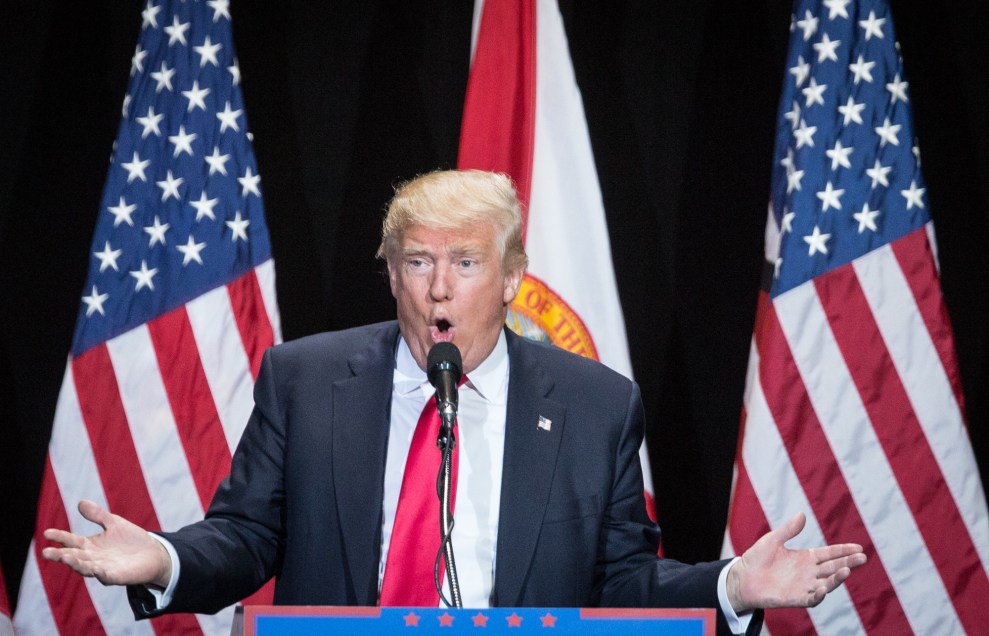 In the aftermath of Sunday’s mass shooting in Orlando, Donald Trump took to the morning shows on Monday to suggest that President Barack Obama’s refusal to describe the massacre as “radical Islamic terrorism” is a reason to suspect that “something else is going on.” This was apparently a sly reference to a birther-like conspiracy theory, with the GOP’s presumptive presidential nominee seemingly suggesting that Obama is somehow sympathetic towards or even in cahoots with terrorists targeting the United States. After all, Trump not too long ago rose to political prominence within conservative circles as the the leading proponent of the false claim that the president was born in Kenya and for decades covered up his true heritage.

“We’re led by a man that either is not tough, not smart, or he’s got something else in mind,” Trump continued. “And the something else in mind, you know, people can’t believe it. People cannot—they cannot believe that President Obama is acting the ways he acts and can’t even mention the words radical Islamic terrorism. There’s something going on. It’s inconceivable.”

When asked about his comments later on Good Morning America, Trump reiterated the same message, insinuating the president is willfully ignoring the problem.

Following the horrific shooting in Orlando, which claimed the lives of 49 people inside a gay nightclub, the real estate magnate resurrected his calls for a complete ban on Muslims entering the country, despite the fact that the gunman, 29-year-old Omar Matten, was an American citizen.

What has happened in Orlando is just the beginning. Our leadership is weak and ineffective. I called it and asked for the ban. Must be tough

A source told NBC News that after the attack, officials from the Republican National Committee had hoped that would offer his condolences and abstain from commenting further. Based on his morning talk show remarks and the anti-Muslim speech he gave this afternoon, the real estate magnate decided to go a completely different direction.

This post has been updated with more information, and revised to reflect NBC News‘ corrected report.