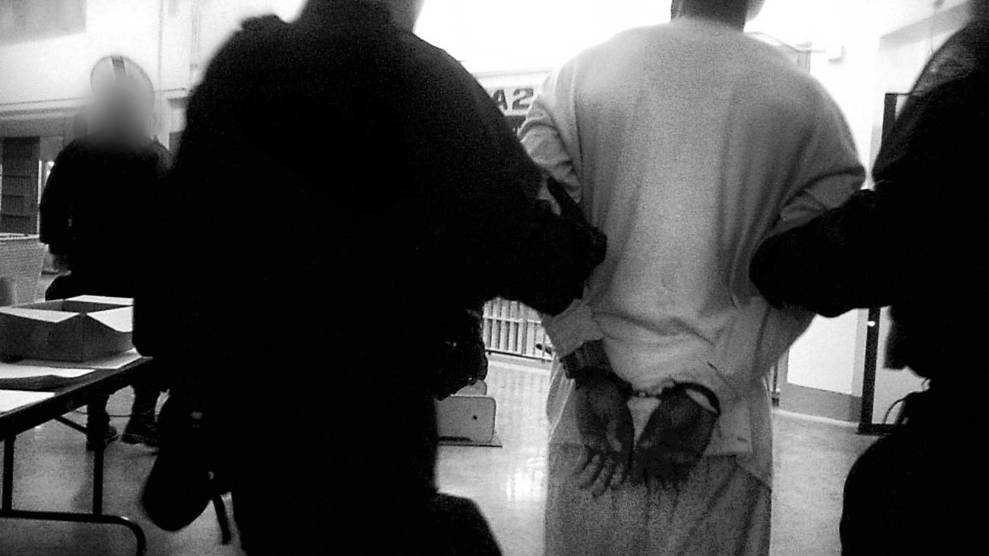 Read Mother Jones reporter Shane Bauer’s firsthand account of his four months spent working as a guard at a corporate-run prison in Louisiana.

In the early 1980s, the Corrections Corporation of America pioneered the idea of running prisons for a profit. “You just sell it like you were selling cars, or real estate, or hamburgers,” one of its founders told Inc. magazine. Today, corporate-run prisons hold eight percent of America’s inmates. Here’s how the private prison industry took off: 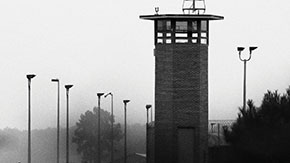 More: Who owns the Corrections Corporation of America?

A federal judge orders Tennessee to stop admitting inmates to its overcrowded prisons. CCA offers, unsuccessfully, to pay $250 million for a 99-year lease on the state’s entire prison system.

CCA goes public, saying its facility design and use of electronic surveillance mean it can operate larger prisons “with less staff than the public sector would have needed.” 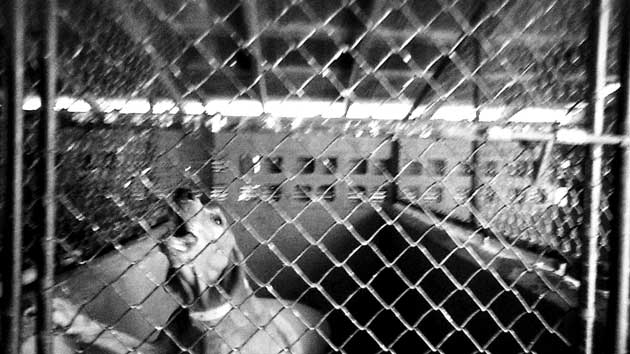 A guard dog at Winn Correctional Center in Winnfield, Louisiana
1987

Wackenhut Corrections Corporation, later known as the GEO Group, gets its first contract to run a federal immigration detention center.

Among the “model” bills ?to emerge from the American Legislative Exchange Council‘s criminal justice task force, which CCA later co-chairs, are truth-in-sentencing and three-strikes legislation that help fuel the ’90s prison boom. (CCA says it did not vote on or comment on any proposed ALEC legislation.)*

The Justice Department investigates a CCA prison in Youngstown, Ohio, following a spate of escapes, stabbings, and killings. In addition to finding inexperienced and poorly trained guards, the probe reveals that CCA took on maximum-security inmates at a facility designed for a medium-security population.

A Justice Department report finds a “disturbing degree” of physical abuse by staff and underreporting of violence among inmates at a Baltimore juvenile facility run by the private prison operator Correctional Services Corporation. CSC is later acquired by GEO.

Rep. Ted Strickland (D-Ohio) introduces the Private Prison Information Act, which would require private prisons holding federal inmates to comply with Freedom of Information Act requests. It died, as have at least seven similar bills opposed by CCA and GEO. 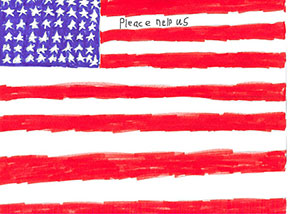 CCA’s and GEO’s stock prices jump as both companies jockey to run the federal government’s expanding immigration detention centers. Meanwhile, the ACLU settles a case against Immigration and Customs Enforcement for conditions in the CCA-managed T. Don Hutto Residential Center in Texas, where about half the detainees are kids. Under the agreement, children no longer wear prison uniforms and may move more freely.

The New York Times investigates the deaths of immigration detainees, such as a Guinean man at a CCA-run facility who fractured his skull and was placed in solitary confinement before being taken to a hospital. He died after four months in a coma.

A CCA representative attends a meeting where ALEC members draft the legislation that will eventually become Arizona’s notorious anti-immigration law. CCA denies having a hand in writing the bill. It cuts ties with ALEC the following year.

An ACLU suit alleges rampant violence at a CCA-run Idaho prison known as “gladiator school.” The lawsuit claims the prison is understaffed and fosters an environment that “relies on the degradation, humiliation, and subjugation of prisoners.” The FBI investigates but doesn’t pursue charges. In Kentucky, the governor orders all female inmates removed from a CCA prison after more than a dozen cases of alleged sexual abuse by guards. 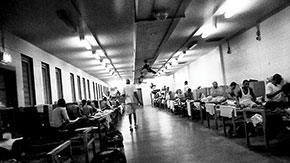 CCA offers to buy prisons in 48 states in exchange for 20-year management contracts. The same year, a GEO-operated youth facility in Mississippi where staff sexually abused minors is described by a judge as a “cesspool of unconstitutional and inhuman acts and conditions.” At another Mississippi facility, a 24-year-old CCA employee is killed during a riot over prisoners’ complaints about poor food, inadequate medical care, and disrespectful guards.

CCA converts back to a real estate investment trust, as does GEO. Mother Jones reports that the Bill & Melinda Gates Foundation has invested $2.2 million in GEO.

As it did during at least the previous five years, CCA’s annual report flags criminal justice reform—including drug decriminalization and the reduction of mandatory minimum sentences—as a “risk factor” for its business.* Chris Epps, Mississippi’s prison commissioner and the president of the American Correctional Association, is charged with taking kickbacks from a private prison contractor.

Sen. Bernie Sanders (I-Vt.) co-sponsors the Justice is Not for Sale Act, which would ban all government contracts with private prison companies. After Hillary Clinton is criticized for using campaign bundlers who’d worked as lobbyists for CCA and GEO, she promises to no longer take their money and says, “We should end private prisons and private detention centers.”

* This item has been clarified.