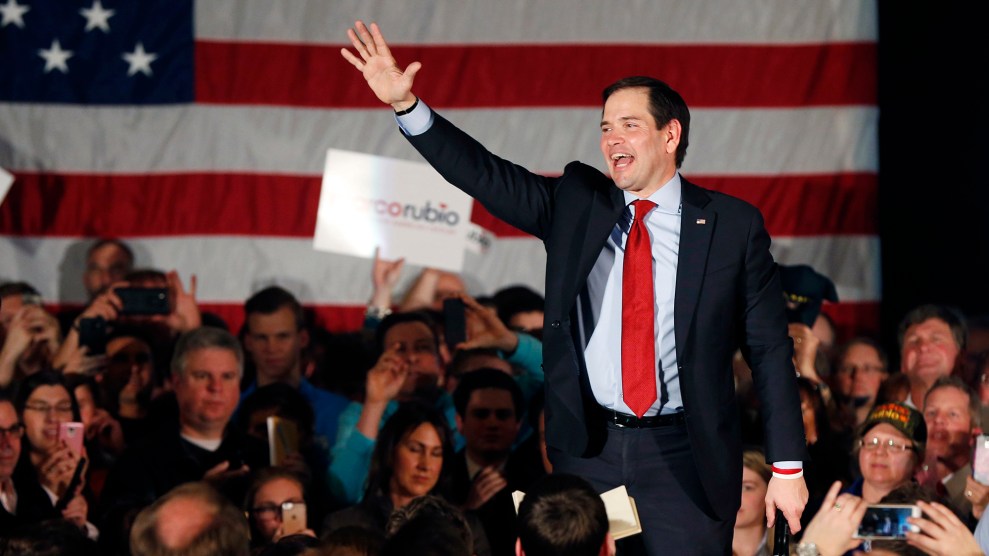 Marco Rubio spent the last year promising that he would not run for re-election to his Senate seat in Florida, and spent the better part of his doomed White House bid bashing the Senate. But on Wednesday, the Washington Post reports, Rubio will announce that he is reversing his pledge and in fact wants to spend another six years in a job he thinks doesn’t achieve anything.

As recently as a month ago, Rubio was unequivocal about his future plans.

I have only said like 10000 times I will be a private citizen in January.

In the past month, Republicans have put pressure on Rubio to reconsider. His name recognition could help the GOP hold his seat, and with it control of the Senate. Rubio, who is expected to run for president again, even as early as 2020, apparently has decided he wants to stay in the Senate, even though he really doesn’t like it there. Over the past year, Rubio has made a lot of comments disparaging the “dysfunctional” Senate. When he took flack during his presidential campaign for missing votes, he contended that the votes really didn’t matter anyway. “We’re not going to fix America with senators and congressmen,” he said in January. Perhaps he’s changed his mind.

At least one former foe of Rubio will be cheering his decision:

Poll data shows that @marcorubio does by far the best in holding onto his Senate seat in Florida. Important to keep the MAJORITY. Run Marco!