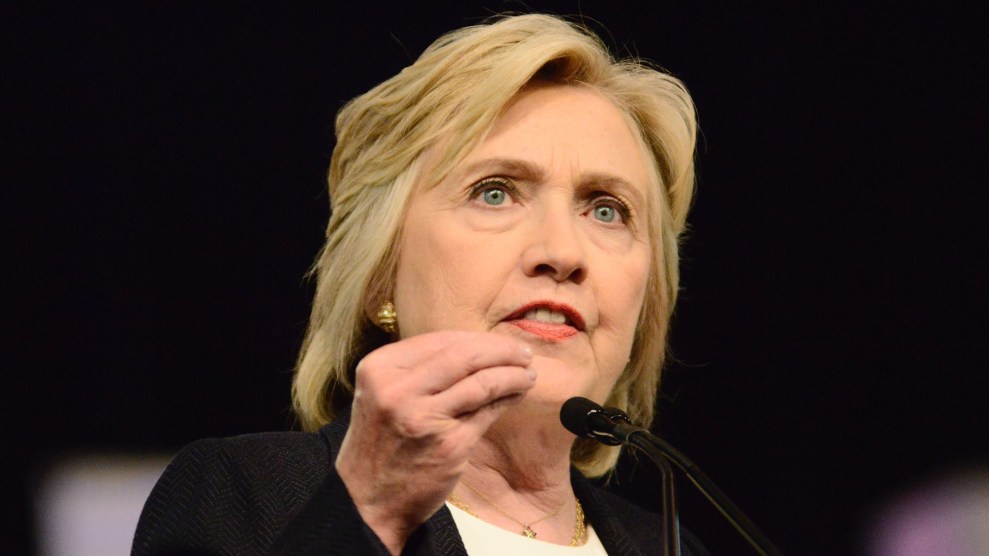 House Republicans asked the US Department of Justice to investigate Hillary Clinton for allegedly lying to Congress in relation to the classified information that the FBI found on the former secretary of state’s private home email server.

“We write to request an investigation to determine whether former Secretary of State Hillary Clinton committed perjury and made false statements during her testimony under oath before congressional committees,” wrote Reps. Jason Chaffetz (R-Utah), chairman of the House Oversight Committee, and Bob Goodlatte (R-Va.), chairman of the House Judiciary Committee, in a letter sent Monday afternoon to the US attorney for the District of Columbia.

The letter comes a week after FBI Director James Comey announced that even though Clinton and her aides had been “extremely careless” with classified information, he was not recommending that the DOJ file formal charges. The next day, Attorney General Loretta Lynch formally closed the case.

In a hearing last Thursday, Comey told the House Oversight Committee that the FBI didn’t investigate whether Clinton had committed perjury when she testified before Congress last fall because that was not within the scope of what they had been asked to do. Chaffetz told Comey he’d send a referral to the FBI “in the next few hours.”

The formal request arrived the following Monday. “The evidence collected by the FBI during its investigation of Secretary Clinton’s use of a personal email system appears to directly contradict several aspects of her sworn testimony,” the two committee chairs wrote. “In light of these contradictions, the Department should investigate and determine whether to prosecute Secretary Clinton for violating statutes that prohibit perjury and false statements to Congress, or any other relevant statutes.”

Chaffetz also sent a letter late Monday directly to Comey asking for the FBI to turn over the “investigative file” on the case, which “should include…all witness interview transcripts, notes, 302 reports, documents collected, and memoranda or analysis created during the course of the investigation.”

This is another futile, partisan attempt to keep this issue alive now that the Justice Dept has declared it resolved https://t.co/B75bb8TUv6

Rep. Elijah Cummings (D-Md.), the ranking Democrat on the House Oversight Committee, blasted the Republicans’ request for a perjury investigation.

“Republicans are so frustrated with the FBI’s unanimous decision that they are now completely unloading on Secretary Clinton with everything they’ve got—right before the presidential conventions,” Cummings said in a statement. “They are spending their final days here in Washington climbing all over each other, collecting hundreds of signatures for their partisan letter attacking the FBI Director for doing his job, sending a so-called ‘criminal referral’ devoid of any actual facts, and demanding access to the FBI’s entire investigative file.”