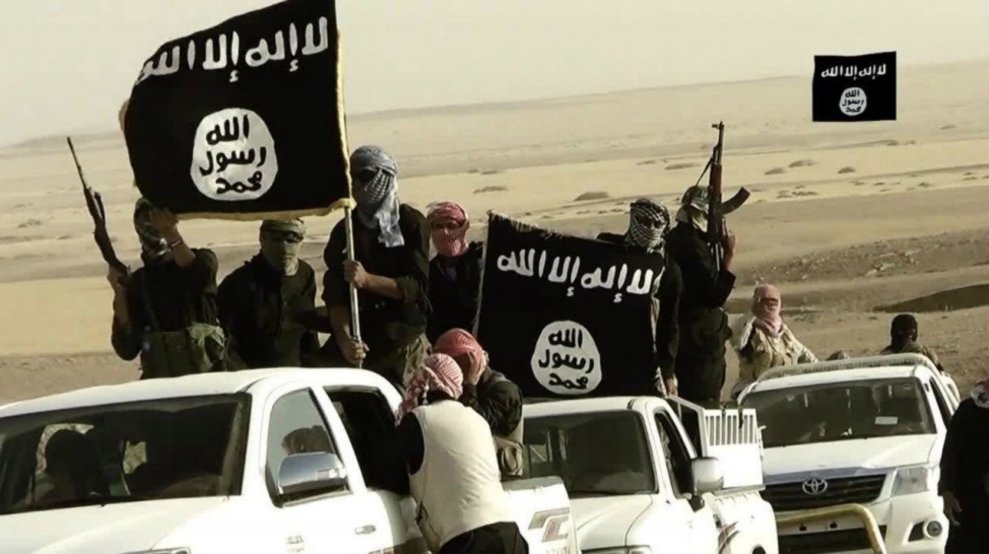 last week, two ISIS-linked extremists killed a priest and stabbed another parishioner during morning mass at a Catholic church in Normandy, the 11th terrorist attack on French soil since January 2015. One of the alleged attackers was identified as Adel Kermiche, a French teenager who was imprisoned briefly for attempting to travel to Syria, likely to join ISIS. He was released into his parents’ custody with an ankle monitor in March.

While Kermiche was likely already dedicated to violent jihad, the radicalization of young Muslims in lockup is a growing concern for officials in France, where a majority of the nation’s more than 65,000 prisoners are Muslim. Two of the three Frenchmen involved in last January’s Charlie Hebdo killings met in prison, where they were radicalized by another inmate. The mastermind behind the November 2015 attack on the Bataclan theater in Paris became radicalized while imprisoned in Belgium, his father said. A man who fatally stabbed a police officer and his wife in their Magnanville, France, home last month had been flagged by prison officials for trying to convince other inmates to join him in jihad. And at least one other perpetrator of a major terror attack in France in recent years also served time—although it’s unclear what role that played in the subsequent attack.

France, hoping to curb this apparent trend, has instituted deradicalization programs in a number of prisons. Inmates incarcerated on terror-related charges, or whom prison officials believe are susceptible to radicalization, are boxed off from the general population and offered the services of psychologists, teachers, imams, and other professionals, with the goal of coaxing the inmates toward healthier perspectives. But the preliminary verdict of some French prison officials is that the programs are not working.

Mourad Benchellali is a French anti-radicalization lecturer who spent a total of four years imprisoned at Guantanámo Bay and France’s Fleury-Mérogis prison—Europe’s largest penitentiary—for training with Al-Qaeda in Afghanistan. He has been called in to speak with inmates in the deradicalization units at six prisons. “If you put all these people together who are only thinking about radical Islam, who are only talking about it, it’s hard to break that mentality,” Benchellali told me. It’s also risky, he adds, to put people in the program who aren’t yet radicalized, because constant interactions with committed terrorists could push salvageable inmates over the edge.

But there’s something more fundamental at play here—something US authorities can learn from, notes Mark Hamm, a former director of education and programming for the Arizona Department of Corrections who now studies prison radicalization at Indiana State University. Many young Muslim inmates—often children of immigrants from former French colonies in North Africa—come from impoverished backgrounds and feel alienated and rejected by French society. This makes them easy marks for charismatic radicals. “They feel like France doesn’t want them,” Benchellali says.

It’s not hard to see why they feel that way. Muslims make up less than 10 percent of France’s population but more than half its prisoners. Muslim women are legally barred from wearing face veils in public. During the 2012 presidential election cycle, French candidates debated whether Muslim butchers were lying to their customers about selling them halal meat (akin to kosher meat). The state of emergency France instituted in response to the Bataclan attack last November has resulted in police raids on thousands of Muslim homes, mosques, restaurants, and other establishments—hundreds of Muslims have been placed on house arrest without a court order. (Human Rights Watch and Amnesty International cried foul in recent reports.) French authorities have closed mosques and expelled from the country imams they deemed too radical. And the anti-immigrant sentiment sweeping Europe amid the Syrian refugee crisis was deepened by the latest wave of attacks in France, Belgium, and Germany.

In this hostile atmosphere, Benchellali says, radicalism becomes an attractive route for young Muslim inmates—separated from friends and family, and thus more susceptible to emotional manipulation—to resist a system they feel has attacked them. Radicalism makes them feel like they belong.

Very few radicalized inmates have graduated to terrorism over the years—but “the acts they commit are spectacular.”

A recent study by the Brookings Institute found—to the authors’ surprise—that the single biggest predictor of whether a person traveled from a particular country to join terrorist groups in the Middle East was whether or not French was (or used to be) the official language of the country from which that person originated. Four of the five countries that produce foreign fighters at the highest rate—France, Belgium, Tunisia, and Lebanon—were Francophone. (Jordan is the fifth.) Partly to blame, the authors surmised, is the French political culture in those countries—specifically, the aggressive French approach to secularism. (Unconvinced, France’s ambassador to the United States scoffed that the study didn’t “make any methodological sense.”)

In the United States, there has been periodic worry about prisoner radicalization. Such concerns peaked in the years after the September 11 attacks, waned, and have popped up again thanks to a 2010 Senate report that cited dozens of American former convicts who had traveled to Yemen—possibly to fight with Al Qeada—and also President Barack Obama’s proposal, earlier this year, to transfer dozens of Guantanamo inmates to US prisons. Congress introduced a bill last December that would require federal prison volunteers to undergo background checks to look for ties to terrorist groups.

The number of inmates radicalized in American prisons who went on to commit terrorist acts—whether Islamic extremists, right-wingers, black nationalists, or otherwise—Hamm says, is minute. In a study of prison radicalization in Western nations from 1969 to 2011, Hamm found just 51 such cases—nearly 80 percent of which involved radical Islamists—Benchelalli adds that radicalization is not happening “en masse” in French prisons either. Yet despite the small numbers, “the acts they commit are spectacular,” Hamm says.

The small sample size makes it hard to draw up a profile of the American inmates most likely to become radicalized, Hamm says. But there are some patterns: Radicalization tends to follow a prison gang model, with charismatic leaders calling the shots. Among African Americans—who make up the largest percentage of prisoners—many of those who become radicalized bounce from one religion to the next, converting to southern Baptist Christianity, for example, and then to Islam, joining the Nation of Islam, and then progressing to yet more radical forms of the religion, Hamm says. Data on the religions of US inmates is scarce, but Islam is the fastest-growing prison religion in America, France, and other Western nations, Hamm says. Whereas a previous generation of prisoners adopted Marxism as the ideology of the oppressed, Hamm and other scholars say, the younger inmates have replaced it with Islam.

In a failed 2005 plot that received widespread attention, several radical Islamists planned to bomb synagogues and an Israeli consulate in Los Angeles, along with several military bases. The attack was planned and ordered by Kevin James, a black inmate incarcerated on robbery charges at California State Prison in Sacramento (a.k.a. New Folsom). A former Crip, James had converted to Islam in prison and radicalized a fellow convert from a rival faction of the gang who led the plot on the outside upon his release. (He was later convicted of charges related to the plot.)

“The social and political contention of the times have always had an impact on prisoners.”

American prison inmates become radicalized for reasons similar to inmates in France, Hamm told me. “The social and political contention of the times have always had an impact on prisoners,” he says. Inmates entertain themselves by reading the newspaper and magazines and watching the news when it’s available: “Identities are formed around these conversations.”

France’s prisons are notoriously overcrowded—former President Nicolas Sarkozy once called them “the disgrace of the Republic.” And with few trained imams available for religious guidance, Benchellali says, questioning Muslim inmates turn to their peers for answers.

Hamm told me he’s skeptical about French prison officials’ assessment that the deradicalization program—which has been in operation for a little over a year—isn’t working. “It’s too early” to tell, he says. “You need longitudinal studies” to determine that. In any case, the best cure for prison radicalization, he says, is you “give people hope and you give them something to do. You keep them busy. You don’t neglect them. You don’t let them turn into gang bangers and people who are racist.” What helped Benchellali in prison, he says, was doing things like playing sports and talking to nonradical inmates about topics other than terrorism.

Meanwhile, the anti-Muslim backlash to terror attacks will only drive more such attacks, Georgetown professor Daniel Byman argued on Slate earlier this month. “More vitriol and hostility toward French and European Muslims,” he said, makes it “easier for ISIS to gain recruits and score victories.”

Indeed, in a video released just two months before the Charlie Hebdo attack, French ISIS fighters called on French Muslims to join the Islamic State or wage jihad at home, because in France, one fighter noted, “just wearing the niqab is very difficult.”