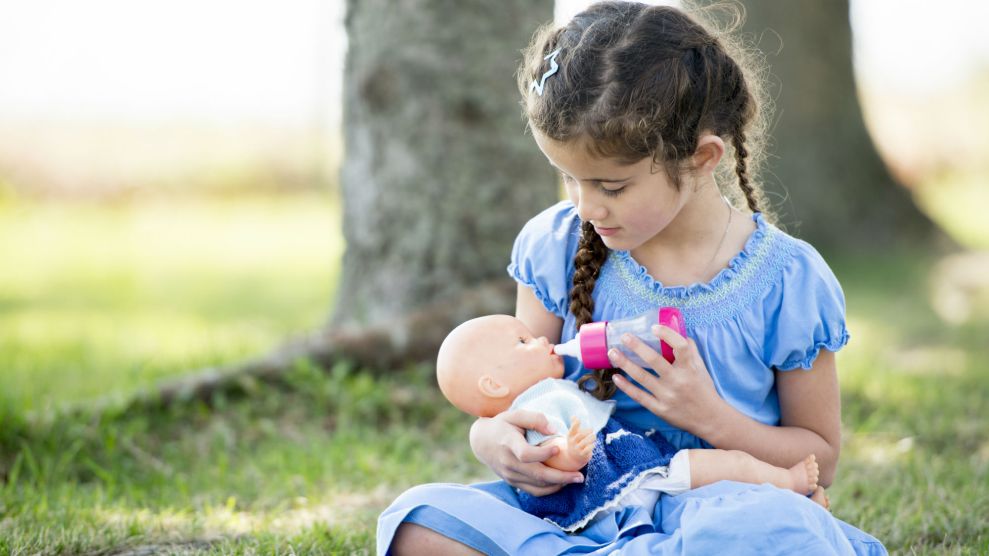 It’s a common scare tactic in school systems that have the money to pull it off: Give teenage girls dolls that cry incessantly, need to be changed often, and basically acts like any newborn would. Make them take care of it for a grade. The exercise will, in theory, deter girls from pregnancy by having them deal with the consequences in advance, and it can earn them an easy A.

But in a new study, Australian researchers found that the exercise is doing more harm than good—when they compared girls in Australia who participated in the program to girls who did not, eight percent of the girls who carried the doll gave birth at least once while they were still in high school, compared with four percent of girls in the control group who never worked with the doll. Rates of pregnancy overall were higher in girls who used the infant simulator—nine percent had at least one abortion, where the control group’s rate was six percent.

At a Midwestern middle school in a low-income Hispanic neighborhood, there was a 15 percent increase in the number of girls who wanted to have a baby as a teenager after using the simulator.

The researchers looked at Australia’s Virtual Infant Parenting Programme in which a teacher, nurse, or doctor works with high school students over six consecutive days to drive home the consequences of teenage sex. Over this time, girls do workbook exercises, watch a documentary about teenage mothers, and take care of the simulator from the end of classes on Friday afternoon through Monday morning.

The interactive “Baby Think It Over” simulators don’t come cheap—in Australia, a pack of 10 simulators and the required equipment costs $18,245, nearly $950 USD.

“Similar programmes are increasingly being offered in schools around the world, and evidence now suggests they do not have the desired long-term effect of reducing teenage pregnancy,” said Dr. Sally Brinkman, lead author of the study, in a statement. “These interventions are likely to be an ineffective use of public resources for pregnancy prevention.” How many of these simulators have been used in the United States? Current numbers are hard to track down. By one 1999 estimate, one million since the tool’s creation in 1993. Today, Planned Parenthood of Western Pennsylvania uses them in their teen education program.

An analysis by the Sexuality Information and Education Council of the United States (SIECUS) also found use of the Baby Think It Over simulators problematic. Female students reported that their male classmates weren’t taking the exercise seriously, because they expect the mother to take care of children in real life. Researchers reported similar findings to the Australian study—at a Midwestern middle school in a low-income Hispanic neighborhood, there was a 15 percent increase in the number of girls who wanted to have a baby as a teenager after using the simulator.

The inequality between genders in classrooms where sex education is taught is widely criticized. Julie Quinlaven, an Australian researcher who has previously studied teen pregnancy, identified it as a problem for the VIP Programme in a commentary that accompanied the study published in The Lancet. “It takes two to tango,” she writes.