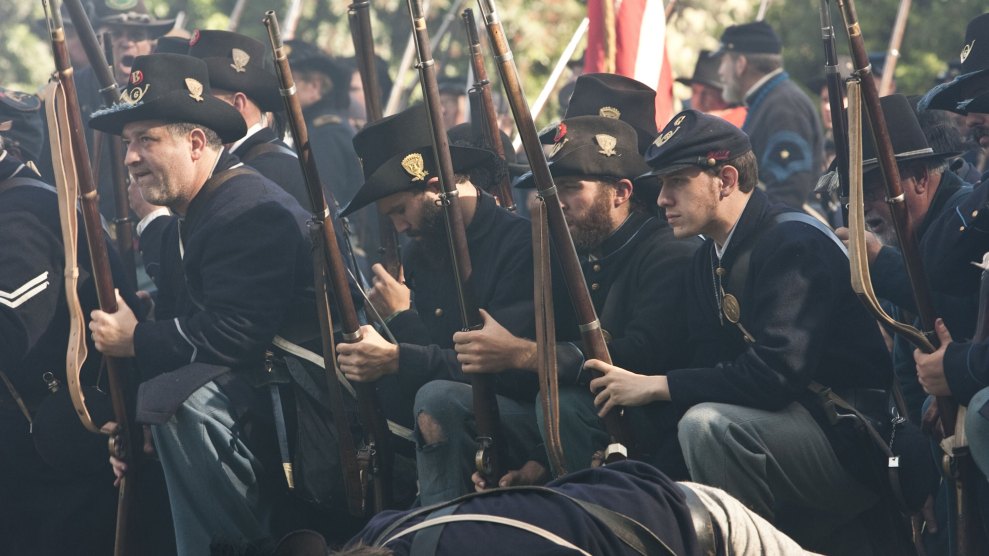 The most important congressional primary on Tuesday wasn’t House Speaker Paul Ryan’s cakewalk in Wisconsin. It was in neighboring Minnesota’s 2nd District, where Republicans are scrambling to retain the seat held by retiring Rep. John Kline. Their new nominee: Jason Lewis, a talk radio host who founded an Ayn Rand social network and has a history of making inflammatory comments about slavery and women.

Republicans had fought hard to nominate someone other than Lewis in the swing district, which voted narrowly for President Barack Obama in 2008 and 2012. Kline backed Lewis’ Republican opponent, businesswoman Darlene Miller. But Lewis won the district GOP’s endorsement and cruised past Miller by nearly 20 points, setting up a November showdown with Democrat Angie Craig. The suburban Minneapolis district is a must-win for Democrats hoping to take back the House, a goal that would require flipping 30 seats currently held by Republicans. That’s a long shot right now. But it becomes a bit likelier when the GOP fields controversial candidates like Lewis in swing districts.

Lewis’ past comments have been a gold mine for critics. In his 2011 book, Power Divided Is Power Checked: The Argument for States’ Rights, he questioned the wisdom of the Civil War, arguing that it had been fought over states rights, not slavery, and changed the nation’s constitutional framework for the worse. In his book, he proposed a constitutional amendment that would help restore what he believed had been lost, by allowing any state to peaceably leave the Union. And in a 2011 interview, Lewis declined to say whether the Civil War should have been fought, suggesting, as he had in the book, that there were better alternatives to ending slavery that President Abraham Lincoln could have considered.

Lewis has also taken heat for comments he made about women on his radio show. Many of the old episodes have been taken down from his website, but in a segment after the 2012 election that was unearthed by the Minneapolis Star-Tribune, Lewis went off on “ignorant” voters who he believed had sold their votes for free birth control. “You’ve got a vast majority of young single women who couldn’t explain to you what GDP means,” he said on his radio show in 2012. “You know what they care about? They care about abortion. They care about abortion and gay marriage. They care about The View. They are non-thinking.”

He added, “I never thought in my lifetime where you’d have so many single, or I should say, yeah, single women who would vote on the issue of somebody else buying their diaphragm. This is a country in crisis. Those women are ignorant in, I mean, the most generic way. I don’t mean that to be a pejorative. They are simply ignorant of the important issues in life. Somebody’s got to educate them.”

And in another 2012 segment, he said the “white population” of the United States was “committing cultural suicide” by not having more kids. “Other communities are having three, four, five, six kids—gee, guess what happens after a while, folks?”

Lewis has kept busy outside of the talk radio arena. Two years ago, he launched a new online community called Galt.io, which describes itself as “a members-only network of makers inspired by ‘Galt’s Gulch’ from Ayn Rand’s classic novel ‘Atlas Shrugged.'” Galt.io members earn “Galtcoins” for participating in the community and can “invest” them in different causes on the site, in order to promote various political agendas. According to the site, “Galt.io is part stock exchange, part social network and truly a society of people committed to changing the direction of our country.”