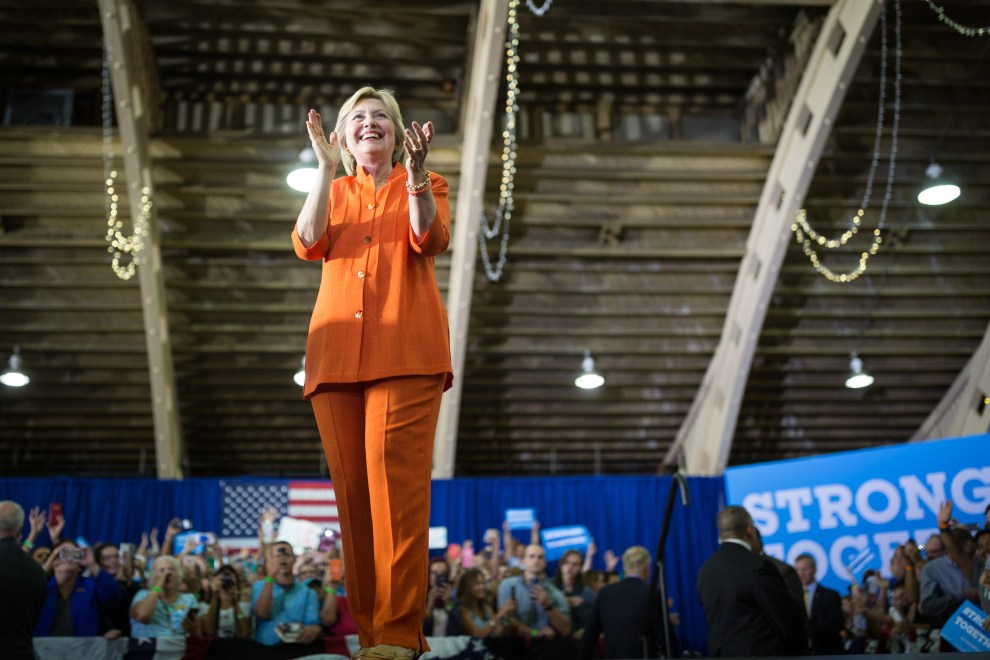 When Donald Trump promised to expand the electoral map this spring, he didn’t mean he’d put Utah in play for his Democratic rival. But on Tuesday we got a little bit more evidence of how shaky the GOP nominee is looking in one of the most consistently Republican states in the country. With polls showing a close race in Utah and two third-party candidates looking to siphon off votes from Trump—former CIA officer and Brigham Young University alumnus Evan McMullin entered the race this week—Democratic presidential nominee Hillary Clinton published an op-ed slamming Trump in the Deseret News, the Salt Lake City newspaper published by the Mormon Church.

Trump has struggled to win over some Mormon voters in large part because of his extreme positions on immigrants and his proposal to crack down on adherents of a specific religion, Islam. (Mormons have endured a history of religious persecution.) In her op-ed, Clinton zeroed in on these policies. “I’ve been fighting to defend religious freedom for years,” she wrote, touting her work with former Utah Republican governor (and 2012 presidential candidate) Jon Huntsman, scion of one of the state’s most powerful families, in protecting Christians in China.

Then she twisted the knife, comparing Trump’s proposals to previous instances of state-sponsored discrimination and violence against Mormons:

But you don’t have to take it from me. Listen to Mitt Romney, who said Trump “fired before aiming” when he decided a blanket religious ban was a solution to the threat of terrorism.

Listen to former Sen. Larry Pressler, who said Trump’s plan reminded him of when Missouri Gov. Lilburn Boggs singled out Mormons in his infamous extermination order of 1838.

Or listen to your governor, who saw Trump’s statement as a reminder of President Rutherford B. Hayes’ attempt to limit Mormon immigration to America in 1879.

The Clinton op-ed gets at just how unusual the 2016 campaign has been. Four years after Romney, the first Mormon presidential nominee, won an astounding 72.6 percent of the vote there, the Democratic nominee is invoking Joseph Smith and Brigham Young in a pitch for Utah votes. And it doesn’t even sound that far-fetched at this point.