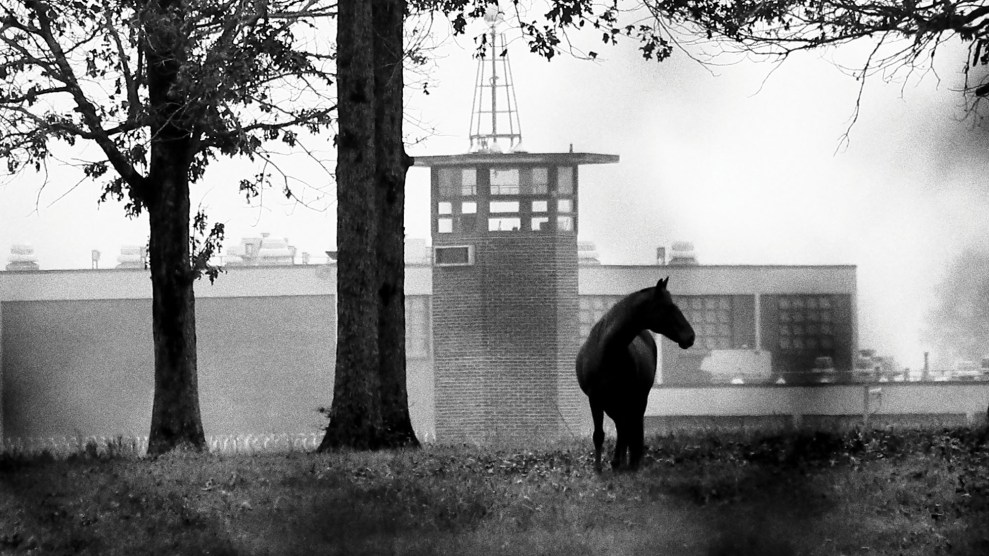 The Justice Department plans to stop contracting with private companies to run federal prisons, but states are still free to privatize their penal systems. Louisiana has just renewed its contracts with the state’s two privately run prisons, including Winn Correctional Center, the subject of a recent Mother Jones investigation. The agreement means even more cuts at a prison that’s experienced problems with security, health care, and programs for inmates.

Under the new contract, Winn will operate less like a prison and more like a jail, with fewer medical staff and rehabilitative programs, the New Orleans Times-Picayune reports. At the time that reporter Shane Bauer worked there, the medium-security facility was operated by the Corrections Corporation of America, one of the country’s largest private prison companies. It was later taken over by LaSalle Corrections, which also operates facilities in Texas and Georgia.

The Louisiana Department of Corrections also renegotiated its contract this month with Allen Correctional Center, operated by the GEO Group. Like Winn, the prison will now operate more like a jail, the Times-Picayune reports.

The two correctional centers have been facing major budget cuts. Earlier this month, the Louisiana Department of Corrections announced it would only pay private prisons about $25 per inmate per day, down from $32, in a bid to save the cash-strapped state money. As the Times-Picayune reports:

But the conversion to jails means Allen and Winn won’t be providing the same services or be able to take in the same types of inmates as they used to handle. So while the private prisons payment rate was reduced to save the state money, the Department of Corrections will have to absorb many of those cuts at other facilities and elsewhere in its budget. Allen and Winn, for example, will no longer operate cell blocks designed to house offenders that are prone to disciplinary issues and violence.

Inmates with chronic medical conditions and mental health issues also have to be held at another facility. As jails, the private centers will no longer be responsible for providing medical or dental care. Allen will only have a physician at the facility for the equivalent of about 20 percent of a full shift, according to its new state contract…Prisons are also required to have certain rehabilitation and other programming available for inmates. Jails don’t have to have the same programs, so that might be cut from Winn and Allen under the new contracts.

LaSalle Corrections, which runs Winn, had hinted that a tighter budget would mean a shift to bare-bones operations. “There are going to be big cuts to programming, which I hate,” Billy McConnell, the company’s managing director, told the Advocate. “But we have to be able to pay our bills.”

The Louisiana Department of Corrections gave LaSalle the option to back out of its contract for Winn, but the company decided to stay because it had already invested $2 million into the prison’s operations, the Advocate reported. McConnell told the newspaper that the company had seen significant safety improvements since taking over from CCA, including a decrease in assaults and hospitalizations.