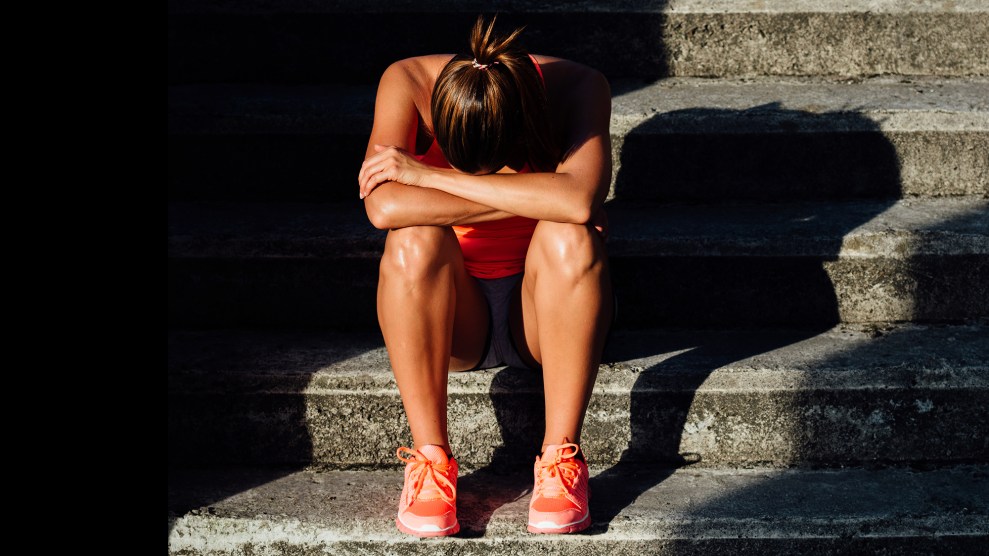 More than 550 American athletes will compete in the Rio Olympics, but for some, finding the money to get themselves and their families to Rio hasn’t been easy.

On the GoFundMe crowdfunding site, dozens of US Olympians and Paralympians, and their families have set up campaigns to help raise money for their trips. Olympic decathlete Jeremy Taiwo, for example, began his campaign way back in December. Taiwo asked for $15,000 to help fund equipment, health care, and training costs. After meeting the original goal, Taiwo increased it to $47,100 and has so far received $63,375.

Paralympic soccer player Gregory Brigman started his campaign for $6,000 in late July and still has almost $4,000 to go. Brigman wrote that he had to resign from his engineering job in order to have enough time to train. “The U.S. Soccer organization covers all expenses for athletes while playing and training, but they do not support the common bills of life,” wrote Brigman, who is asking for funds to help with daily needs and training costs.

There’s a reason why so many American athletes turn to sites like GoFundMe for financial help: Unlike other countries, the United States doesn’t provide government funding to its Olympic committee.

There’s a reason why so many American athletes turn to sites like GoFundMe for financial help: Unlike other countries, the United States doesn’t provide government funding to its Olympic committee. This agreement, set in 1978 as part of the Ted Stevens Olympic and Amateur Sports Act, allowed the US Olympic Committee to hold exclusive control over the representation of American athletes and terms associated with the Olympics. As a result, the USOC is responsible for fundraising the amount of money needed to send athletes to the competition, maintain training facilities, secure sponsorships, and pay its staff.

“Our nation stands apart from others because our Olympic and Paralympic teams are not just cheered by an enthusiastic national fan base, but also funded by one,” the US Olympic Foundation, a nonprofit that fundraises for the USOC, notes on its website.

Contrast the United States with the United Kingdom, for instance, which pours about £543 million (about $709 million) from the Department for Culture, Media, and Sport and the National Lottery into UK Sport, a sports agency that manages funding and partnerships for the country’s Olympic athletes. Olympic athletes there are eligible to receive anywhere from £15,000 to £28,000 a year (almost $20,000 to some $37,000) based on their performance. That’s in addition to other services and training support UK athletes receive. In Canada, the government invests about CA$200 million ($153 million) into the Olympics annually, and senior athletes receive CA$1,500 monthly stipends. Some athletes are given extra funding if they have won medals in the past.

The USOC does dole out millions of dollars for its athletes, as well as cover basic airfare, lodging, and food during the games. It says it spent $73 million in direct funding for athletes and another $81 million for programming in 2013. Sponsorships from private companies such as Deloitte and Chobani also provide funding, but these only cover a certain number of teams and athletes. “Sports that don’t draw a lot of revenue get a smaller share of the funding that’s available, so it’s up to the [individual sport] federation and how many athletes they support before making the team,” said Mark Dyreson, a professor of kinesiology and history at Penn State University. “In smaller sports, it’s just a handful of athletes that get support.”

Though there’s no comprehensive data on how much American Olympic athletes are paid, an investigation by the Washington Post found that of all the funds involved in the USOC, athletes made the least amount of money. A member of the track and field team made an average income of $17,000, while athletes on the swimming team could make only up to $42,000 in stipends. Even if track and field athletes were ranked among the top 10 in the country for their events, athletes still brought home an average income of $16,553. The CEO of the track and field team, on the other hand, made about $1.1 million a year, according to the Post. The investigation also called into question how the USOC spent its funds. Though the USOC says it directs about 90 percent of its budget to supporting athletes, one study found that in 2012, less than 10 percent of that budget went directly to athletes as cash payments. Instead, the USOC spent a large amount of its money on Olympic training centers where fewer than 13 percent of US Olympians train.

As the Post investigation put it, some International Olympic Committee members will be paid more to watch the Olympics than the actual athletes competing in the games. “The athletes are the very bottom of a trickle-down system, and there’s just not much left for us,” US javelin thrower Cyrus Hostetler told the Post. “They take care of themselves first, and us last.”

“I had to choose between my job and the team, and when asked to play for your country you just don’t think twice about it.”

Brigman, of the Paralympic soccer team, told Mother Jones in an email that he is not paid as an athlete, and that the team pays for flights, food, lodging, and some gear. He reached out to some 20 companies and only heard back from one. (It turned him down.) So after resigning from his job, he started his campaign to cover his August bills.

“I had to choose between my job and the team,” Brigman said, “and when asked to play for your country you just don’t think twice about it.”

Of course, going to the Olympics will be a chance for athletes to win medals, which comes with cash prizes, and to secure sponsorship opportunities from private companies. And sponsorship, Dyreson points out, is where American athletes could have more of an advantage than athletes from other countries.

“If you’re an athlete, there’s no better place to fund your training than in the US,” Dyreson said. “It’s just frustrating because [athletes] here have to be individual entrepreneurs more than athletes in other nations.”