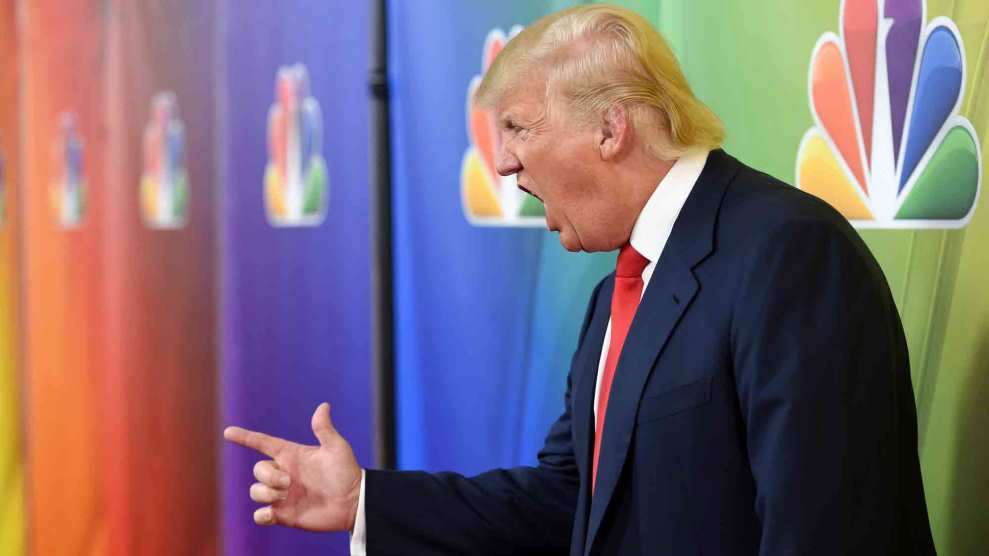 As Donald Trump loses ground in the polls to Hillary Clinton and his campaign continues to falter, he is once more shaking up his political operation. Declaring “I want to win” in an interview with the Wall Street Journal published early Wednesday morning, Trump announced that he is bringing on veteran Republican pollster Kellyanne Conway as campaign manger and Stephen Bannon, the executive chairman of Breitbart, as chief executive officer of the Trump team.

Paul Manafort, who has been running the Trump campaign since the ouster of Corey Lewandowski, will continue in his role as campaign chairman, but the reshuffle signals that his authority will be significantly curtailed, if he has not been altogether sidelined. Earlier this week, the New York Times reported that a “secret ledger” listed $12.7 million in cash payments to Manafort from Ukraine’s pro-Russian ruling party, which he advised up until recently. Manafort denied receiving the payments, but his controversial background as a lobbyist who has specialized in representing some of the world’s most notorious strongmen and dictators has dogged him ever since he signed on with Trump. On Wednesday, the Associated Press reported that Manafort and another Trump aide, Rick Gates, had failed to disclose their efforts to influence US policy on behalf of the Ukrainian governing party of Viktor Yanukovych, the country’s ousted leader, possibly circumventing rules requiring “foreign agents” to register with the US government. But it may have been Manafort’s inability to rein in Trump, as much as his past clientele, that led to his de facto demotion.

Conway—whose roster of clients has included Newt Gingrich and Trump’s running mate, Mike Pence—has been advising the Trump campaign since at least July. Prior to signing on with Trump, Conway backed his rival Ted Cruz. She served as a strategist for Keep the Promise I, a pro-Cruz super-PAC bankrolled by hedge fund billionaire Robert Mercer that ran attack ads against Trump during the primary campaign, including one blasting the real estate mogul for supposedly supporting government-run health care.

Along with Conway, Bannon also has close ties to Mercer, who Politico has reported is a top investor in Breitbart. A Navy veteran and former Goldman Sachs banker, Bannon has no political experience to speak of, though his news outlet has been one of Trump’s biggest cheerleaders throughout the campaign. This has led to some uncomfortable moments for the conservative news outlet, including this spring when Corey Lewandowski roughly yanked then-Breitbart reporter Michelle Fields away from Trump at a campaign rally as she tried to ask the candidate a question. Breitbart went out of its way to bolster the Trump campaign’s version of events, at the expense of its own reporter. Fields ended up resigning and is now a reporter at the Huffington Post.

According to Politico, Bannon has been “quietly advising people around the Trump campaign for months,” an unusual move for a top executive at a news organization covering the presidential campaign. Bannon’s outlet didn’t even get the scoop of his new role with Trump. After the news broke, it ran the AP’s version of the story.

* This is a developing story.