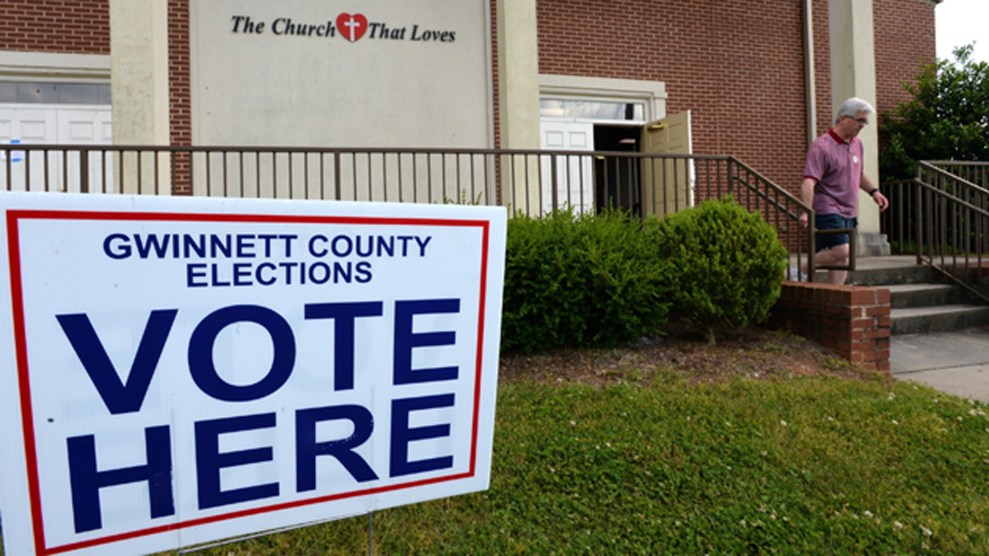 The courts have recently transformed the voting rights debate.

Last Friday, a panel of judges struck down a sweeping set of voting restrictions enacted by North Carolina Republicans in 2013 in the wake of the Supreme Court’s gutting of a key portion of the Voting Rights Act. Later that day, a federal district court killed a series of voting restrictions in Wisconsin, including rules that banned students from using expired student IDs, a residency requirement aimed at limiting college students’ right to vote, and some restrictions on early in-person voting. And in Kansas, a state district court judge ruled that the state’s two-tier system of voting—proof of citizenship required for state local elections but not federal elections—would disenfranchise too many citizens, and ordered the state to count the ballots at all levels.

The following Monday, a federal judge blocked a North Dakota voter ID law that he said posed an undue burden on the voting rights of Native Americans. And all these decisions come less than two weeks after the 5th Circuit Court of Appeals struck down a voter ID law in Texas, and a federal judge weakened that state’s voter ID law.

The court battles have played out during a period when a number of restrictive voting laws have been passed across the country. Since 2010, 22 states have added new restrictions related to voting, according to the Brennan Center. After the court decisions relating to North Carolina and North Dakota, new restrictions will be in place in 15 states for the first time in a presidential election year.

As promising as these recent court victories have been for voting rights advocates, some states have already vowed to appeal the rulings. Other states continue to have restrictive laws that could jeopardize the ability of minority voters to cast ballots this November. Here is an overview of the voting rights landscape: 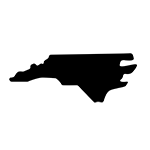 North Carolina: In 2013, a US Supreme Court decision, Shelby County v. Holder, cleared the way for states that previously had to have all voting-law and procedural changes reviewed by the US Department of Justice or a federal judge to enact any voting changes they wished. The next day, North Carolina Republicans passed one of the most sweeping pieces of legislation that restricted access to voting, eliminated same-day voter registration, reduced early voting, instituted a strict photo ID requirement, and ended a program that preregistered 16- and 17-year-olds to vote. That law was struck down July 29 in a scathing 83-page opinion that exposed the extent of the law’s racial bias. Judge Diana Gribbon Motz, writing for the majority on the 4th Circuit Court of Appeals, noted that the law’s provisions “target[ed] African Americans with almost surgical precision,” by using race data in the decision-making process.

“In holding that the legislature did not enact the challenged provisions with discriminatory intent, the [district court] seems to have missed the forest in carefully surveying the many trees,” Gribbon Motz wrote. “This failure of perspective led the court to ignore critical facts bearing on legislative intent, including the inextricable link between race and politics in North Carolina.”

State Republicans and Gov. Pat McCrory have said they will appeal the case to the US Supreme Court. “Photo IDs are required to purchase Sudafed, cash a check, board an airplane or enter a federal court room,” the governor said in a statement on Friday. “Yet three Democratic judges are undermining the integrity of our elections while also maligning our state. We will immediately appeal and also review other potential options.” 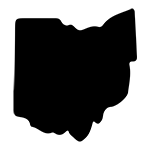 Ohio: On May 24, a federal district court ruled that a state law passed in 2014 that eliminated the state’s so-called “Golden Week”—a period of time during which voters could register and vote at the same time—violated the 14th Amendment to the US Constitution, and Section 2 of the Voting Rights Act, which prohibits “voting practices or procedures that discriminate on the basis of race, color, or membership in one of the language minority groups.” Ohio Secretary of State Jon Husted, a Republican, has appealed the ruling, but for now the restoration of Golden Week will be in place for the November 2016 election.

The elimination of Golden Week was part of a broader election bill pushed by state Republicans and signed into law in 2014 by Republican Gov. John Kasich. It also included provisions that limited the number of early-voting sites in each county and the distribution of certain voting machines in each county. The judge let those provisions stand.

Husted is also dealing with a lawsuit over his plan to purge voters from the rolls if they haven’t voted in two consecutive federal elections. A district court judge sided with Husted on June 29, but the appeal (which is joined by the US Department of Justice) is ongoing. 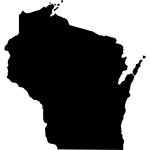 Wisconsin: According to Hasen in his Election Law Blog, a federal district court “struck a host of [Wisconsin] voting rules” on Friday, blocking a law that required citizenship information to be included in dormitory forms as proof of residence, that created narrow requirements for valid ID, and that made it illegal to vote if you’d moved into the state 28 days before an election.

“The Wisconsin experience demonstrates that a preoccupation with mostly phantom election fraud leads to real incidents of disenfranchisement, which undermine rather than enhance confidence in elections, particularly in minority communities,” wrote US District Judge James Peterson. He bolstered his assertion that the rules were discriminatory by pointing to Milwaukee specifically. “I reach this conclusion because I am persuaded that this law was specifically targeted to curtail voting in Milwaukee without any other legitimate purpose,” he wrote, speaking of rules to limit early voting. “The Legislature’s immediate goal was to achieve a partisan objective, but the means of achieving that objective was to suppress the reliably Democratic vote of Milwaukee’s African Americans.”

The decision came less than two weeks after a separate federal judge ruled that voters can cast ballots in November without IDs if they submit affidavits at the polls saying they couldn’t easily get IDs. Wisconsin Attorney General Brad Schimel said he would appeal the court’s decision. 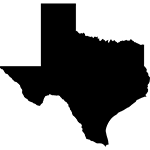 Texas: A majority of the 5th Circuit Court of Appeals ruled July 20 that a Texas voter ID law passed in 2011 violated the Voting Rights Act and discriminated against African American and Hispanic voters. The law required many residents to show ID before their ballots would be counted. The ruling didn’t stop the law; it only forced a lower court to come up with a remedy that would do a better job of getting all eligible citizens proper ID. Experts estimate that several hundred thousand people in the state currently lack proper ID.

The law was originally passed in 2011 and signed into law by Republican Gov. Rick Perry, but under the Voting Rights Act at that time, the state had to have all changes to election law reviewed by the Department of Justice or a federal judge. Before the pre-clearance decision was made, Perry sued the federal government in hopes of speeding up the process. That case became moot in 2013 when the Supreme Court decision removed the mechanism for determining which states should seek federal review for voting law changes. At that point the Texas law came into effect, but it has faced legal challenges and has racked up at least $3.5 million in legal fees along the way. The July 20 ruling was the result of one of the most recent of those cases.

Now a federal judge in Texas is tasked with fixing the law and plans to hold a hearing August 17. 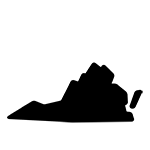 Virginia: On April 22, Virginia Gov. Terry McAuliffe, a Democrat, signed an executive order granting voting rights restoration for more than 200,000 felons in the state. State Republicans cried foul, claiming that McAuliffe, a longtime confidante of Bill and Hillary Clinton, was trying to throw a key swing state toward Clinton for the November election. Besides, they argued, McAuliffe only had the right to restore felon rights on an individual basis, and they threatened to sue. They followed through with that threat about a month later.

On July 22, the Virginia Supreme Court ruled 4-3 that the Republicans were right, and McAuliffe couldn’t give a blanket restoration, wiping out 11,000 voter registrations that had taken place under the governor’s executive order. McAuliffe said after the ruling that he would sign about 13,000 individual orders “expeditiously” and then “continue to sign orders until I have completed restoration for all 200,000 Virginians.”

In May, the US Supreme Court sided with state Democrats who had challenged the way state Republicans had redrawn congressional districts. The Democrats charged that Republicans redrew the districts in 2013 to pack African American voters into one district. A district court panel of judges agreed and redrew the districts. Three Virginia Republicans appealed the case to the Supreme Court, which left the lower court’s ruling in place, opening the door for a new black congressional hopeful from Virginia to run this fall. 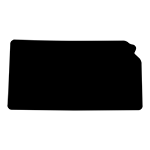 Kansas: On Friday, a state judge temporarily blocked Kansas Secretary of State Kris Kobach’s attempt to disqualify 17,500 state voters who, under a 2013 state law, didn’t provide proof of citizenship when registering to vote. The voters are eligible to participate in federal elections, but the state law would have prevented their votes in local and state races from counting. The judge’s order temporarily blocked that rule and, if it’s still in place in November, could affect about 50,000 people. The judge’s ruling expires shortly after the November election. 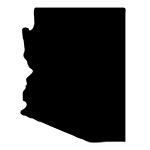 Arizona: On March 22, Arizona held its presidential primary election and totally bungled it. Thousands of people waited for hours to cast ballots in the state’s largest county, Maricopa County. Local officials blamed the large number of unaffiliated voters trying to cast ballots as the main culprit, but critics charged that it most likely had to do with the county’s decision to reduce its number of polling places from 200 to just 60, which worked out to about one polling place for every 20,833 eligible voters. The state’s biggest paper called the situation an “outrage” and the Republican governor called it “unacceptable.”

The Democratic National Committee, along with the campaigns of Hillary Clinton and Bernie Sanders, filed a lawsuit against the state of Arizona and Maricopa County on April 14. The suit is seeking to restore federal review of Arizona election procedures, something state and local officials had to deal with before the 2013 Supreme Court Shelby County v. Holder decision. Additionally, the suit seeks to block officials from not counting provisional ballots cast in the wrong precinct, and to halt a law that prevents people from turning in others’ absentee ballots. That case is working its way through federal court.