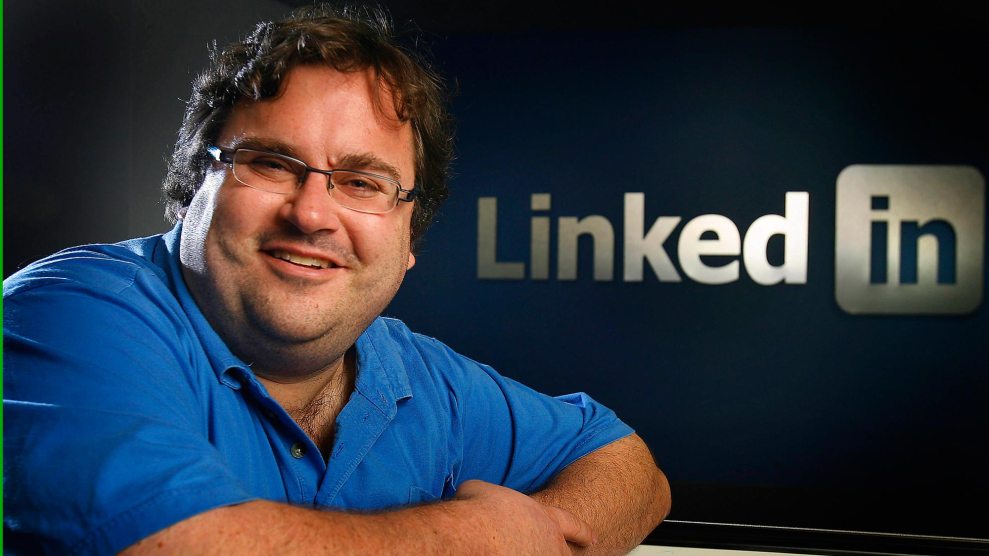 LinkedIn co-founder Reid Hoffman just made Donald Trump an offer that should entice the GOP nominee who claims to have donated millions to veterans: If Trump releases his tax returns by October 19, the date of the last presidential debate, Hoffman will donate up to $5 million to veteran groups.

The original idea came from a crowd-funding campaign started by Peter Kiernan, a veteran of the Marines who was once deployed to Afghanistan. Kiernan said he would donate to 10 veteran’s groups should Trump release his taxes and began raising money to do so on Crowdpac.com.

In a Medium post published on Monday afternoon, LinkedIn co-founder Hoffman expressed his support for Kiernan’s campaign, and upped the ante by promising to quintuple the final total raised by Kiernan, up to $5 million.

Kiernan explained his reasoning on the campaign’s site. “Any servicemember who has ever held a security clearance has been subjected to a rigorous background check, including personal finances, affiliations, and drug activity…[T]o be the Commander-in-Chief of this group, you should be held to the same standards.”

In his post, Hoffman also noted both the tactic and the actual dollar amount should have special significance to the GOP nominee: In 2012, Trump offered Barack Obama $5 million to release his college transcripts, his passport applications, and other documents.

As BuzzFeed points out, Hoffman’s intentions might not just be about the 2016 election. He was an early investor in Crowdpac, the site hosting Kiernan’s crowd-funding campaign, so he potentially stands to benefit financially from raising the site’s profile.

In January, Trump skipped a Republican primary debate in Iowa and instead held a fundraiser for veterans during the same time slot. (He initially claimed to have donated $6 million from the event to veteran charities, but his campaign has significantly decreased that estimate following reports suggesting the initial figure was inflated.) But the nominee has also been adamant about keeping his tax returns from the public eye: Though he promised to release them in May, he has since reversed his position, saying he would withhold the records because he was being audited by the IRS. (The agency has said that’s not necessary.)

As Hoffman explains, the proposal “gives Trump a strong incentive to act but doesn’t reward him directly for something he should have already done. Instead, men and women to whom all Americans owe a great debt of gratitude will benefit from any positive action he takes.”