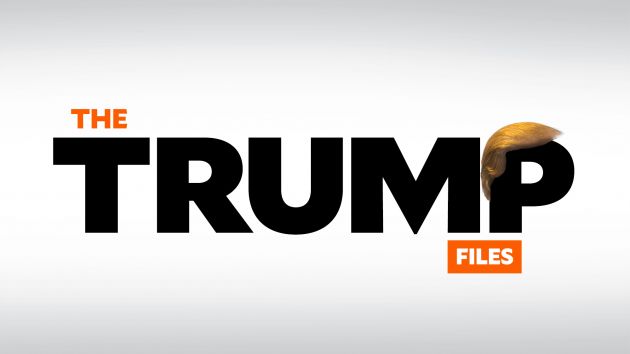 Until the election, we’re bringing you “The Trump Files,” a daily dose of telling episodes, strange but true stories, or curious scenes from the life of presumptive GOP nominee Donald Trump.

Donald Trump doesn’t like to lose. When he was trailing in the polls this summer, he began offering a dire warning: The 2016 election would be “rigged” through massive voter fraud. He blamed election fraud, too, when he lost the Iowa caucuses to Ted Cruz. And in 2012, when President Barack Obama won reelection over Mitt Romney, Trump called for a “march on Washington” to “stop this travesty.”

But Trump’s allegations of rigged elections extend beyond domestic politics. When Glenfiddich announced in 2012 that a notorious Trump critic had received the most votes for its annual Top Scot award, Trump cried foul, accusing the renowned Scotch distillery of holding a rigged election. Per the Guardian:

After suggesting that the voting for Forbes had been fixed by “a small group of detractors” casting multiple votes, he continued: “Glenfiddich’s choice of Michael Forbes, as Top Scot, will go down as one of the great jokes ever played on the Scottish people and is a terrible embarrassment to Scotland.”

William Grant & Sons gave short shrift to Trump’s criticisms, which he first aired on Twitter on Tuesday, insisting it had nothing to do with the voting for the award, which Glenfiddich has sponsored for 15 years.

Forbes, a salmon fisherman who lives next-door to Trump’s golf course outside Aberdeen, became a folk hero in Scotland for his refusal to sell his 23-acre farm to the billionaire. According to Trump, Glenfiddich boosted Forbes because it was jealous of Trump’s own brand of Scotch. “Glenfiddich is upset that we created our own single malt whisky using another distillery, which offers far greater products,” he said in a statement. “People at our clubs do not ask for Glenfiddich, and I make a pledge that no Trump property will ever do business with Glenfiddich or William Grant & Sons [the company that owns Glenfiddich].”

Lest there be any doubt about his position on Glenfiddich, Trump capped off his declaration of war with the traditional Twitter rant: 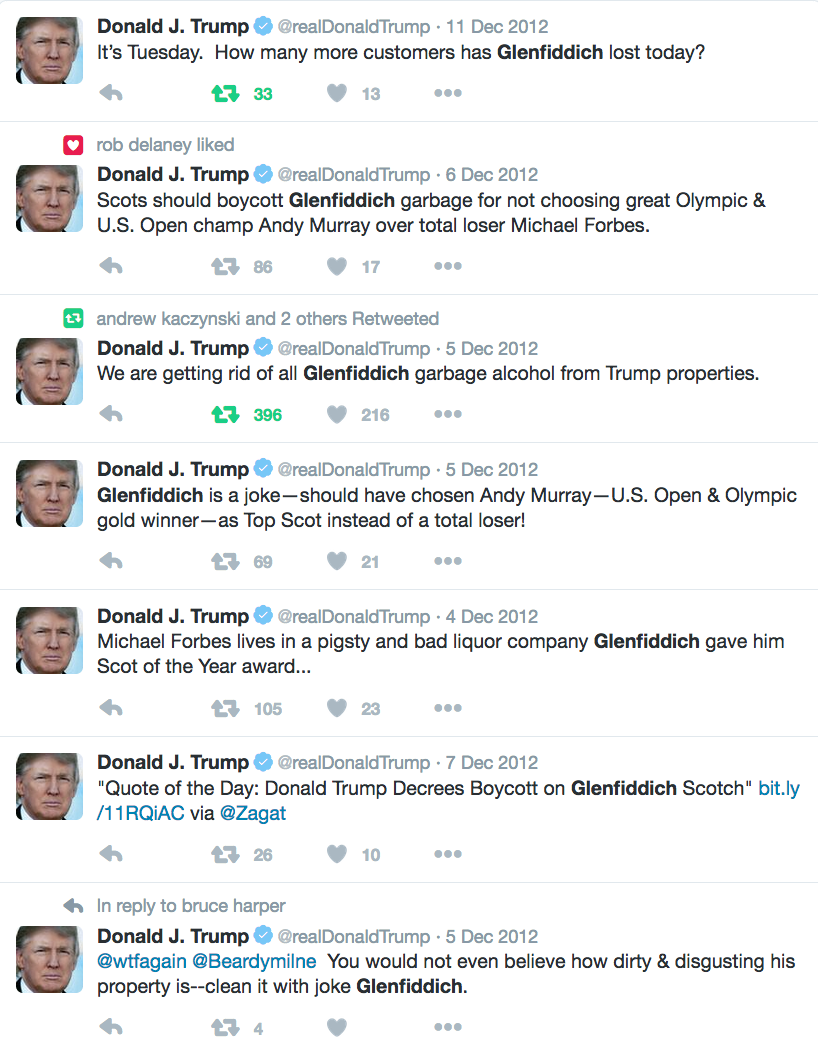