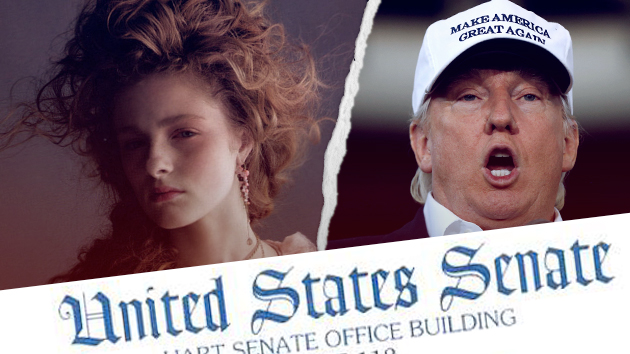 Editor’s Note: Read why we can do this type of reporting—and consider supporting it with a tax-deductible donation during our pledge drive.

Sen. Barbara Boxer (D-Calif.) is calling on federal authorities to investigate Trump Model Management for alleged labor and immigration violations, in the wake of a Mother Jones investigation of the company.

Three former Trump models, all non-US citizens, told Mother Jones they worked for the GOP nominee’s agency while on tourist visas. Immigration laws require employers to seek work authorization for any foreigner they hire. Financial and immigration records included in a recent lawsuit filed by a fourth former Trump model indicate that she also worked for Trump’s agency without a proper visa.

“I am extremely concerned by the claims levied against Trump Model Management and ask that you open an investigation into the company’s employment practices,” Boxer wrote in a Wednesday letter to León Rodríguez, the director of the US Citizenship and Immigration Service (USCIS), a part of the Department of Homeland Security.

Boxer wrote that the allegations in Mother Jones‘ exposé were “disturbing,” and she called on the agency to “make clear that immigration and labor violations like these will not be tolerated.” The letter was also sent to Labor Secretary Tom Perez. 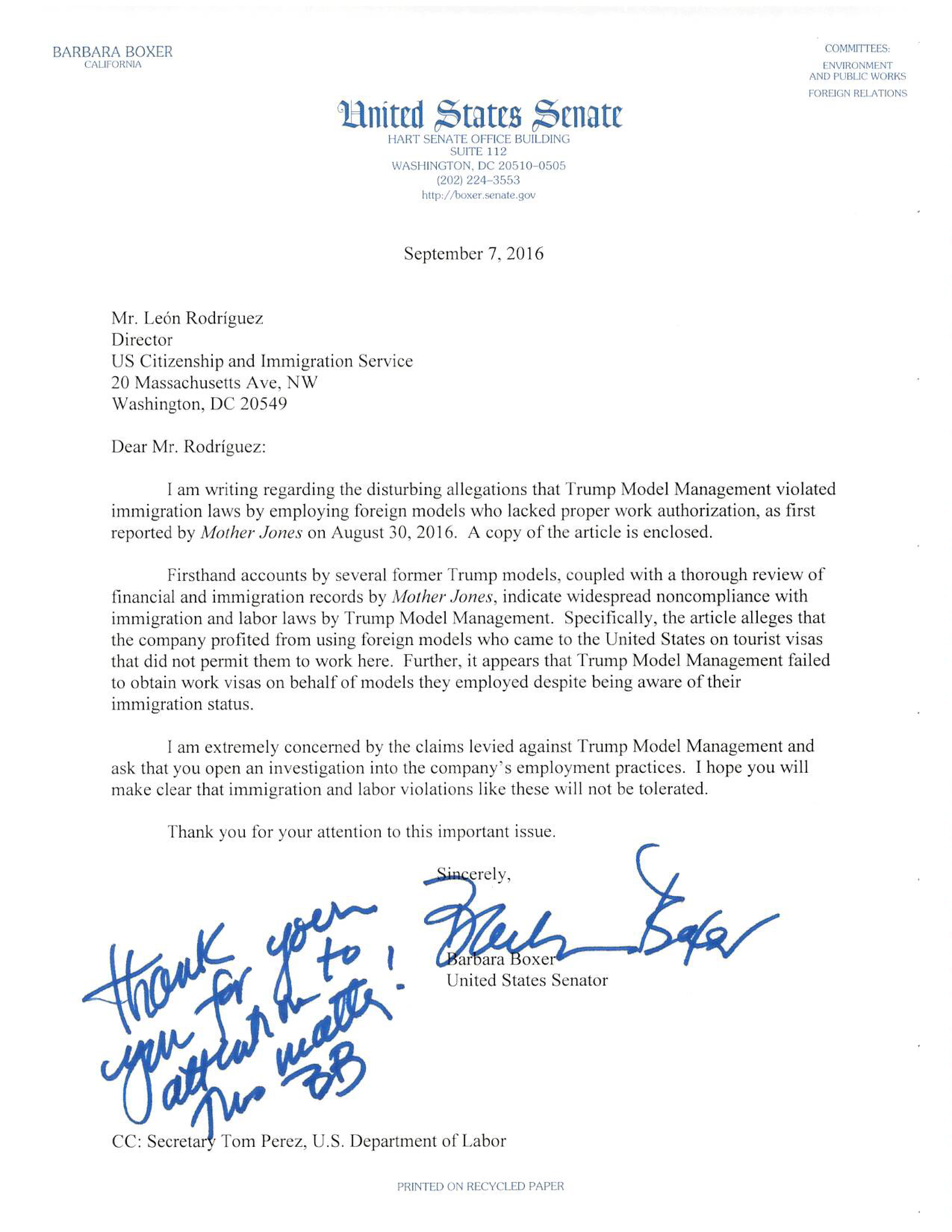 Two of the former models told Mother Jones that they were coached on how to evade the scrutiny of immigration and customs officers by using fake pretenses for entering the country and even writing false addresses on customs forms.

While working for Trump’s agency, the models said, they were charged exorbitant rent to bunk with other Trump models in cramped, dormitory-style quarters while competing for coveted work visas. Those who didn’t make the cut were sent home—but not until after rent and other fees were deducted from their Trump Model Management earnings. 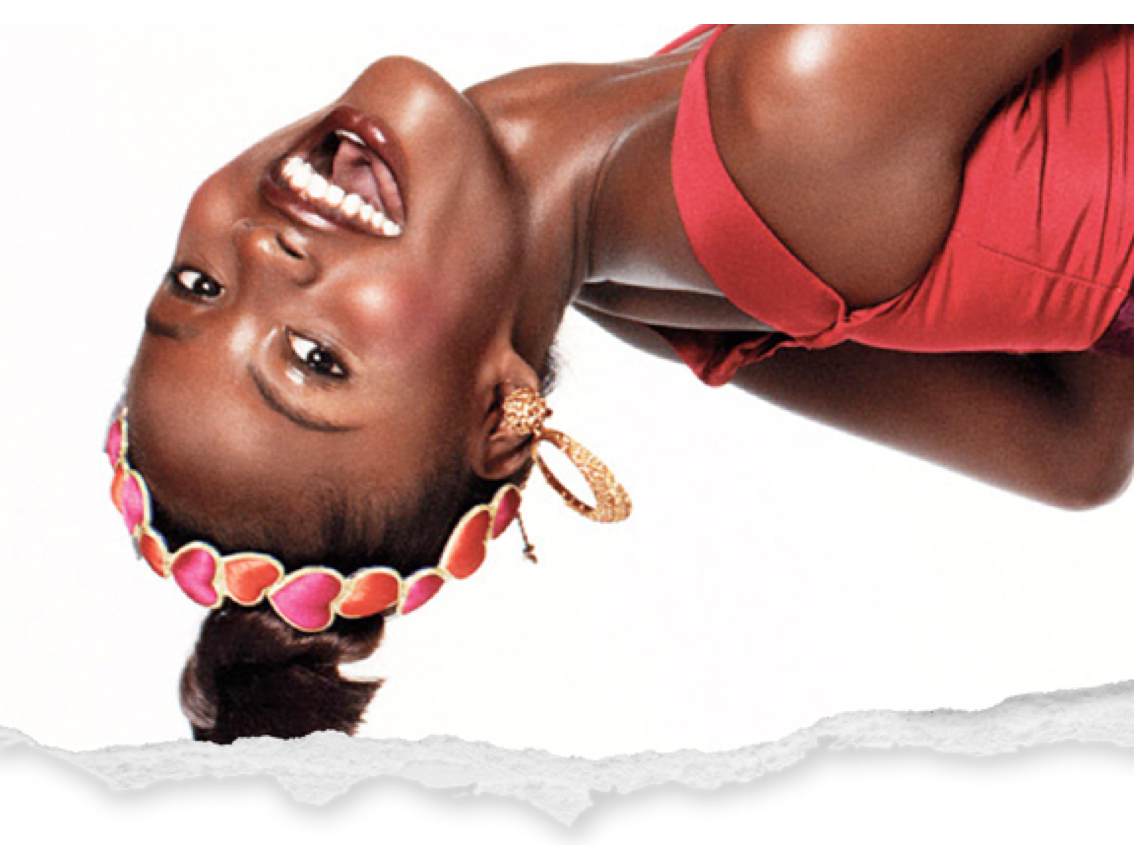 Trump Model Management has yet to comment publicly on the allegations, and Donald Trump’s campaign spokeswoman, Hope Hicks, declined to answer detailed questions about the story. “That has nothing to do with me or the campaign,” she told Mother Jones last week.

Boxer has been a prominent critic of Donald Trump, and last week, as Trump traveled to Mexico for a surprise meeting with President Peña Nieto, she took to Twitter to blast the nominee:

Apparently Trump never built a wall to keep foreign models from working illegally in this country for low pay. https://t.co/xAMzTWba0c