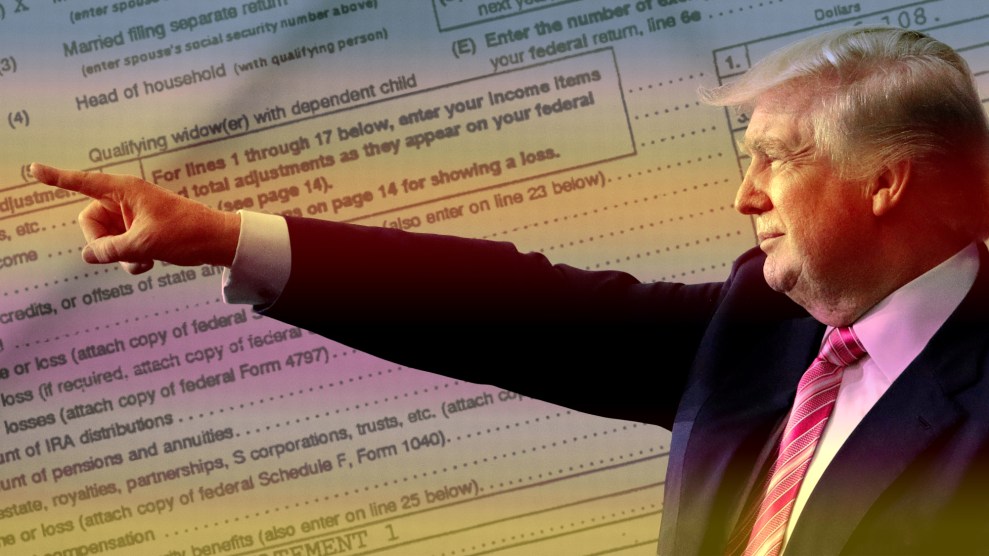 The New York Times dropped a bombshell of an investigation Saturday night when it published fragments from Donald Trump’s 1995 tax return.

Tax experts hired by the Times said that the $916 million dollars in operating losses listed by Trump in the 1995 document may have allowed him to avoid paying federal taxes over a possible 18-year period.

A lawyer for Donald Trump threatened the Times with “prompt initiation of appropriate legal action,” declaring the publication of the GOP nominee’s records illegal. Trump’s campaign itself responded to the report by issuing a statement that read, in part: “Mr. Trump has paid hundreds of millions of dollars in property taxes, sales and excise taxes, real estate taxes, city taxes, state taxes, employee taxes and federal taxes.”

Trump campaign statement contains a lot of words. None of them dispute anything in the NYT story. pic.twitter.com/UntCtUOJSQ

The $916 million loss certainly could have eliminated any federal income taxes Mr. Trump otherwise would have owed on the $50,000 to $100,000 he was paid for each episode of “The Apprentice,” or the roughly $45 million he was paid between 1995 and 2009 when he was chairman or chief executive of the publicly traded company he created to assume ownership of his troubled Atlantic City casinos. Ordinary investors in the new company, meanwhile, saw the value of their shares plunge to 17 cents from $35.50, while scores of contractors went unpaid for work on Mr. Trump’s casinos and casino bondholders received pennies on the dollar.

“He has a vast benefit from his destruction” in the early 1990s, said one of the experts, Joel Rosenfeld, an assistant professor at New York University’s Schack Institute of Real Estate. Mr. Rosenfeld offered this description of what he would advise a client who came to him with a tax return like Mr. Trump’s: “Do you realize you can create $916 million in income without paying a nickel in taxes?”

The Times says the documents were mailed to one of its reporters. The envelope’s return address, according to the Times, claimed it was sent from Trump Tower. Each of the pages sent to the newspaper listed the names and social security numbers for Trump and his then-partner, Marla Maples. The Times then verified the documents with Jack Mitnick, who handled Trump’s tax returns at the time.

Trump has continually refused to release his tax returns, and the issue came up again during last Monday’s presidential debate. Trump regularly defends himself by saying that an IRS audit prevents him from releasing the records. (The IRS says Trump is free to make his documents public.)

Read the full report and see the original documents over at The New York Times.