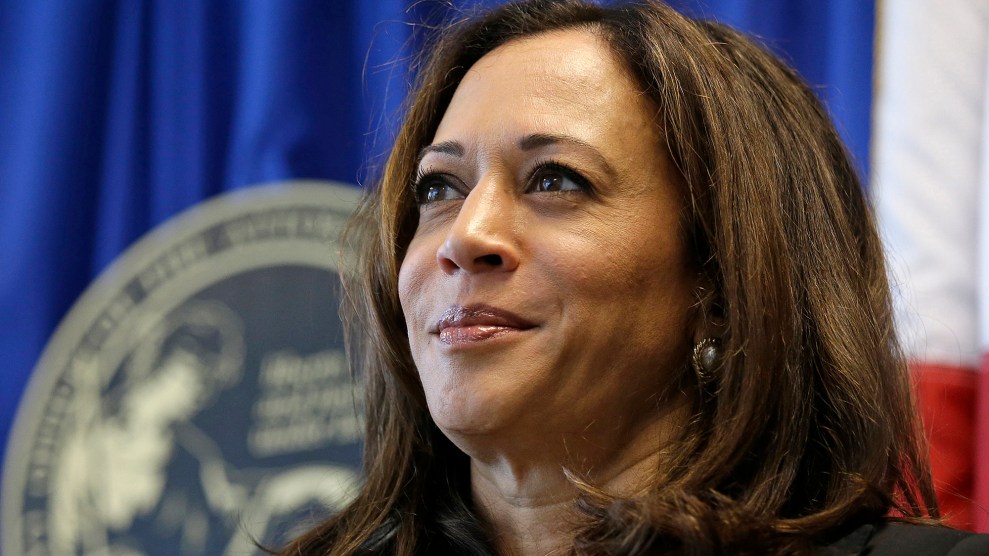 Kamala Harris, who gained a reputation as a potential “next Barack Obama,” during her tenure as California’s attorney general, won the race for an open California Senate seat against Rep. Loretta Sanchez (D-Calif.).

The seat was vacated by Sen. Barbara Boxer, who served four terms before retiring. Harris announced her candidacy days after Boxer’s announcement in January last year. It was the first open seat in California since 1992.

Harris is a Bay Area native who made history in 2003 when she became the first black woman and the first South Asian woman to be elected as San Francisco district attorney. She was reelected in 2007, and in 2011 she became California’s attorney general, serving as one of only two black female Democrats in statewide office. In 2013, President Obama—who would later endorse Harris for Senate—praised her work as attorney general, calling her “brilliant,” “dedicated,” and “tough.”

In an interview with Mother Jones, Harris said she has experienced sexism and racism over the course of her political career, but she’s never let it influence her.

“As a female prosecutor, let alone a woman of color, there have definitely been moments where people said, ‘No, you can’t do that,'” she said. “Well, I eat ‘no’ for breakfast, and I’ve never been a fan of the word ‘can’t’—aimed at me or anyone else.”

Harris was one of 13 women to run for Senate for the first time in 2016. One of those women, Loretta Sanchez, was Harris’ opponent. Had Sanchez won, she would have been the first Latina to serve in the US Senate.