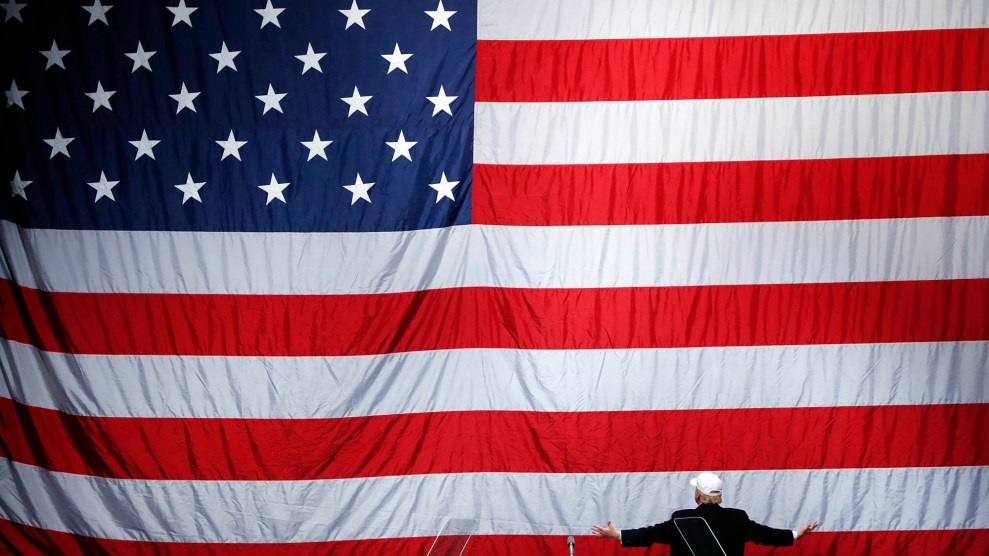 Decades from now, when the election of 2016 is distilled to its essence, what will that essence be? Many hoped the central lesson would be a shattered glass ceiling and a continuation of the Obama legacy. An expansion of rights and tolerance.

Instead, a small electoral majority chose a candidate who openly embraced a platform of bigotry, who slurred war heroes and mocked the disabled, who was accused of sexual assault, who said he’d roll back the protections of a free press, who was cheered on by white supremacists, who said he’d upend our alliances and the world’s long-overdue climate deal, and who seemed ignorant and cavalier about the basics of safeguarding a nuclear arsenal.

There is no way to sugarcoat it. This election is a brutal affront to women, people of color, Jews and Muslims, and all who value kindness and tolerance. Paranoia and divisiveness have won the day. If we feared that the lesson of the Trump campaign would give white nationalists and other political predators a road map for a lasting presence as a disruptive opposition, we have instead handed them the keys to the Oval Office, and the nuclear codes.

In these last horrible months, there were moments we all crossed our fingers and hoped the Trump campaign’s ability to inflame bigotry might, ultimately, improve the health of the body politic. Maybe he represented a high fever that, once broken, would leave us more immune to old hatreds. Maybe, just as videos of police shootings shoved the most heinous forms of structural racism into the feeds of white America, so would the actions of Trump and his most virulent supporters cast a light on an ugliness that needed to be confronted to be overcome.

Except, it seems it was also far, far more pervasive than we could let ourselves imagine. With every chant of “build the wall,” with every racist tweet, with every “Trump that bitch” T-shirt, his supporters hardened—despite or because of the admonitions of the political, diplomatic, scientific, and economic establishment.

The next weeks and months and years will be spent analyzing how we got here. It will be a brutal accounting for every institution, and a painful airing of recriminations among families and friends.

I’m not sure if Baratunde Thurston was the first to coin this analogy, but Trump’s campaign is best understood as a DDoS attack on democracy. Despite or perhaps because he is a thin-skinned, shallow narcissist, he instinctively understood weaknesses in our national firewall. He knew that with 16 primary opponents, each would happily support his attacks on the manhood and dignity of the others, until it was too late and the momentum was on his side.

He realized that his bombastic, bigoted statements would be heralded by some corners of the media, mocked by others, and given wall-to-wall coverage by all. Newsroom traditions of putting separate teams of reporters on each candidate also helped ensure that Hillary Clinton’s email scandals were given the same weight as the mountain of allegations against Trump.

And social media failed us most of all. Even as armies of Trump’s bigoted supporters—some real, some bots—started harassing reporters and civilians with racist and anti-Semitic images and general filth, Twitter twiddled its thumbs. Even as Macedonian teens exploited Facebook’s algorithms by flooding the zone with fake news designed to appeal to Trump supporters (they were in it for the Google AdWords cash), Facebook, too, did nothing. The founder of Oculus went so far as to gleefully fund a “shitpost” factory to promote Trump.

Trump was aided by Vladimir Putin. He was aided by the internal politics of the FBI, driven by, as we have seen with too many police forces, wagon-circling at best and authoritarian racism at worst. He deftly wove fears of the left together with fears of the right. He never ever, not once, offered us anything but fear. He made us—even those who fought valiantly—smaller by dragging us into his swamp of hate and depravity.

Acrimony has already started. The circular firing squads on the left will line up. The reasonable right—and yes, many did distinguish themselves by repudiating Trump—is left hanging. Those who didn’t vote, or who protest voted, or carped about what an imperfect candidate Clinton was will all come under fire. As will those who helped nominate her.

But I say to you: There is no time, no room, no space to do anything but push back against what, in large part, this will turn out to be: not just a protest vote by rural whites who feel left behind, but the coming out of a burgeoning white nationalist, authoritarian movement.

Such movements rise on dividing us, and can only last so long as they do. My heart breaks to see my Twitter feed full of quotes like “I knew my country hated me, but I didn’t know how much,” or “I don’t recognize my country.” Parents everywhere fear the questions our children will ask: What will happen to my friends? What will happen to us? What did you do to stop this?

This is a dark hour, and to say otherwise would be a lie. It is—by orders of magnitude—the worst political outcome our country has faced in many generations. But let us not forget those who have pushed back already. The nonagenarian women—black and white—who struggled against infirmity and efforts to suppress their vote to get to the polls. All the Latinos and Asian Americans who registered for the first time to try to repel the hate too many white Americans voted for. The blacks who stood up for equality, as they always have.

Trump appealed to America’s worst impulses. Now it’s on the rest of us to show, to prove, that this is not all that America is. This is a time when we’re called on to do things we may not have done before. To face down bigotry and hate, and to reach beyond our Facebook feeds in trying to do so.

As for those of us at Mother Jones, we will continue to do what we always strive to do: shine light into dark corners, expose abuses of power, call out cronyism and corruption, and fight like hell for the living.

We’ve got our work cut out for us. All of us.

This essay has been revised and expanded for the January/February 2016 issue of the magazine, which can be found here.