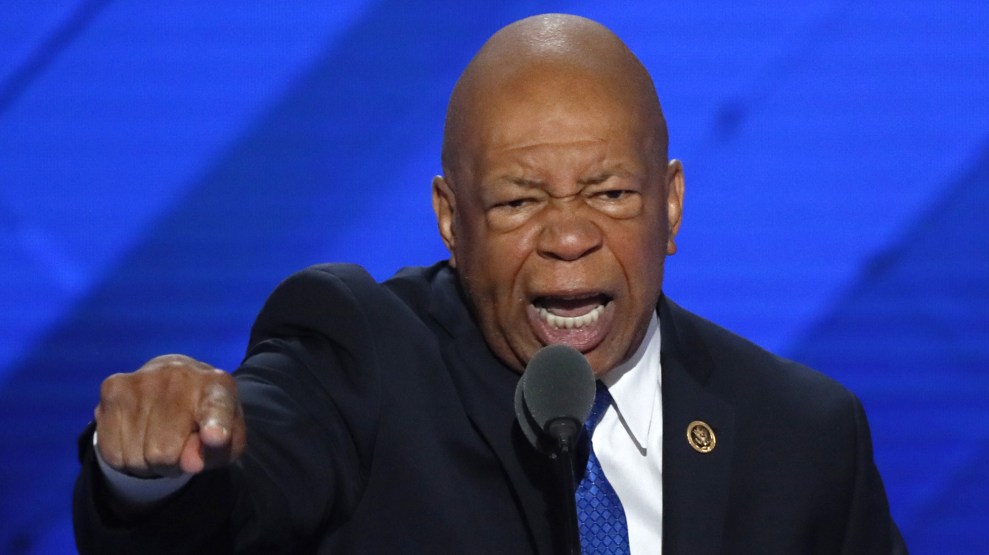 “I am writing to request that the Oversight Committee immediately begin conducting a review of President-elect Donald Trump’s financial arrangements to ensure that he does not have any actual or perceived conflicts of interest, and that he and his advisors comply with all legal and regulatory ethical requirements when he assumes the presidency,” Cummings wrote in a November 14 letter to Rep. Jason Chaffetz (R-Utah), who chairs the House Oversight and Government Reform Committee.

Cummings, the top Democrat on the committee, wrote that the United States has “never had a president like Mr. Trump in terms of his vast financial entanglements and his widespread business interests around the globe.” Given Trump’s refusal to release his tax returns, Cummings added, it’s impossible to know how the real estate mogul’s many businesses will affect his future decision-making.

Michael Cohen, an attorney for Trump, told CNN last week that three of Trump’s children—Donald Jr., Ivanka, and Eric—would run the Trump Organization’s interests through what he called a “blind trust.” The next day it was announced that all three would also serve on Trump’s presidential transition committee, further muddying the ethical waters. On Sunday, Trump adviser and potential cabinet appointee Rudy Giuliani said “there would have to be a wall” between Trump’s children and their father on business and government matters, according to the Associated Press.

It’s no secret that Trump’s conflicts of interest are extensive. As Russ Choma reported in Mother Jones this summer, Trump has at least $364 million in loans through Deutsche Bank, an organization that is currently negotiating with the US Department of Justice regarding a $4 billion to $5 billion settlement for “misselling of mortgage-backed securities in the run up to the financial crisis of 2008,” according to CNBC. The New York Times reported in August that Trump has a “maze” of real estate holdings, and the companies he owns “have at least $650 million in debt,” twice the amount reported in public filings released at the start of his presidential campaign. Two companies holding some of that debt, the Times reports, are the Bank of China and Goldman Sachs.

Chaffetz’s committee has been one of the leading Republican vehicles for attacking Hillary Clinton over her use of a private email server during her time as secretary of state, and Chaffetz has said his committee’s investigation of Clinton and her former staff would not stop after the election. In his letter, Cummings pressed Chaffetz to use his committee to dig into Trump’s dealings.

“For the past six years, you and other Republicans in Congress have launched numerous investigations against President Obama and Secretary Clinton, and some of these have been used for partisan political purposes,” Cummings wrote. “Now that Republicans control the White House and Congress, it is incumbent on you and other Republicans to conduct robust oversight over Mr. Trump—not for partisan reasons, but to ensure that our government operates effectively and efficiently and combats even the perception of corruption or abuse.”