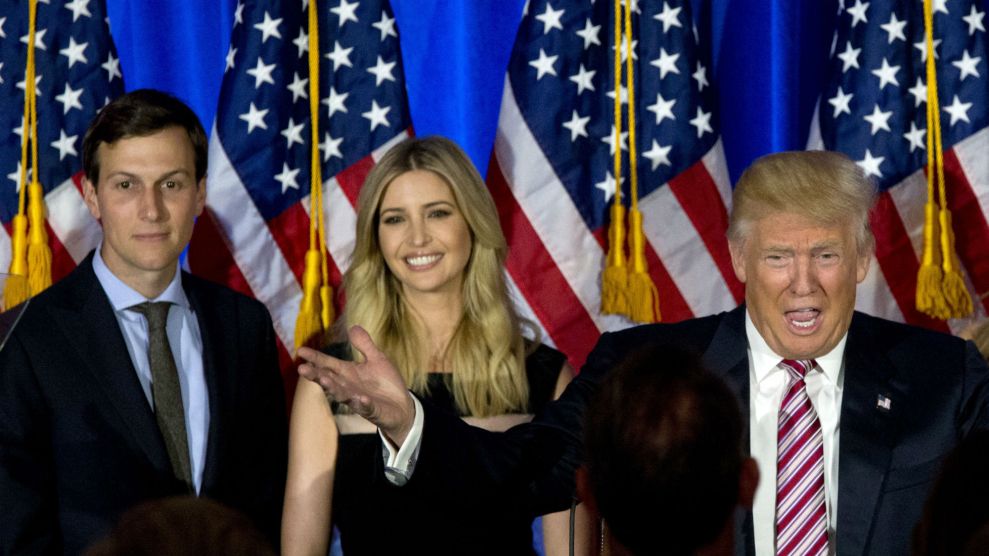 I would like to express my gratitude to Jared Kushner for reviving interest in my 2006 book, The Price of Admission. I have never met or spoken with him, and it’s rare in this life to find such a selfless benefactor. Of course, I doubt he became Donald Trump’s son-in-law and consigliere merely to boost my lagging sales, but still, I’m thankful.

My book exposed a grubby secret of American higher education: that the rich buy their underachieving children’s way into elite universities with massive, tax-deductible donations. It reported that New Jersey real estate developer Charles Kushner had pledged $2.5 million to Harvard University in 1998, not long before his son Jared was admitted to the prestigious Ivy League school. At the time, Harvard accepted about one of every nine applicants. (Nowadays, it only takes 1 out of 20.)

I also quoted administrators at Jared’s high school, who described him as a less than stellar student and expressed dismay at Harvard’s decision.

“There was no way anybody in the administrative office of the school thought he would on the merits get into Harvard,” a former official at The Frisch School in Paramus, New Jersey, told me. “His GPA did not warrant it, his SAT scores did not warrant it. We thought for sure, there was no way this was going to happen. Then, lo and behold, Jared was accepted. It was a little bit disappointing because there were at the time other kids we thought should really get in on the merits, and they did not.”

Risa Heller, a spokeswoman for Kushner Companies, said in an email Thursday that “the allegation” that Charles Kushner’s gift to Harvard was related to Jared’s admission “is and always has been false.” His parents, Charles and Seryl Kushner, “are enormously generous and have donated over 100 million dollars to universities, hospitals and other charitable causes. Jared Kushner was an excellent student in high school and graduated from Harvard with honors.” (About 90 percent of Jared’s 2003 class at Harvard also graduated with honors.)

The university wooed more than 400 of its biggest givers and most promising prospects by inviting them to campus periodically to be wined, dined, and subjected to lectures by eminent professors.

My Kushner discoveries were an offshoot of my research for a chapter on Harvard donors. Somebody had slipped me a document I had long coveted: the membership list of Harvard’s Committee on University Resources. The university wooed more than 400 of its biggest givers and most promising prospects by putting them on this committee and inviting them to campus periodically to be wined, dined, and subjected to lectures by eminent professors.

My idea was to figure out how many children of these corporate titans, oil barons, money managers, lawyers, high-tech consultants and old-money heirs had gone to Harvard. A disproportionate tally might suggest that the university eased its standards for the offspring of wealthy backers.

I began working through the list, poring over “Who’s Who in America” and Harvard class reunion reports for family information. Charles and Seryl Kushner were both on the committee. I had never heard of them, but their joint presence struck me as a sign that Harvard’s fundraising machine held the couple in especially fond regard.

The clips showed that Charles Kushner’s empire encompassed 25,000 New Jersey apartments, along with extensive office, industrial, and retail space and undeveloped land. Unlike most of his fellow committee members, though, Kushner was not a Harvard man. He had graduated from New York University. This eliminated the sentimental tug of the alma mater as a reason for him to give to Harvard, leaving another likely explanation: his children.

Sure enough, his sons Jared and Joshua had both enrolled there.

Charles Kushner differed from his peers on the committee in another way; he had a criminal record. Five years after Jared entered Harvard, the elder Kushner pleaded guilty in 2004 to tax violations, illegal campaign donations, and retaliating against a witness. (As it happens, the prosecutor in the case was Chris Christie, recently ousted as the head of Trump’s transition team.) Charles Kushner had hired a prostitute to seduce his brother-in-law, who was cooperating with federal authorities. Kushner then had a videotape of the tryst sent to his sister. He was sentenced to two years in federal prison.

I completed my analysis, which justified my hunch. Of the 400-plus tycoons on Harvard’s list—which included people who were childless or too young to have college-age offspring—more than half had sent at least one child to the university.

I also decided that the Kushner-Harvard relationship deserved special attention. Although the university often heralded big gifts in press releases or a bulletin called 2014 in a classic example of fundraising wit, “Re:sources”—a search of these outlets came up empty. Harvard didn’t seem eager to be publicly associated with Charles Kushner.

While looking into Kushner’s taxes, though, federal authorities had subpoenaed records of his charitable giving. I learned that in 1998, when Jared was attending The Frisch School and starting to look at colleges, his father had pledged $2.5 million to Harvard, to be paid in annual installments of $250,000. Charles Kushner also visited Neil Rudenstine, then Harvard president, and discussed funding a scholarship program for low- and middle-income students.

I phoned a Harvard official, with whom I was on friendly terms. First I asked whether the gift played any role in Jared’s admission. “You know we don’t comment on individual applicants,” he said. When I pressed further, he hung up. We haven’t spoken since.

At Harvard, Jared Kushner majored in government. Now the 35-year-old is poised to become the power behind the presidency. What he plans to do, and in what direction he and his father-in-law will lead the country, are far more important than his high school grades.