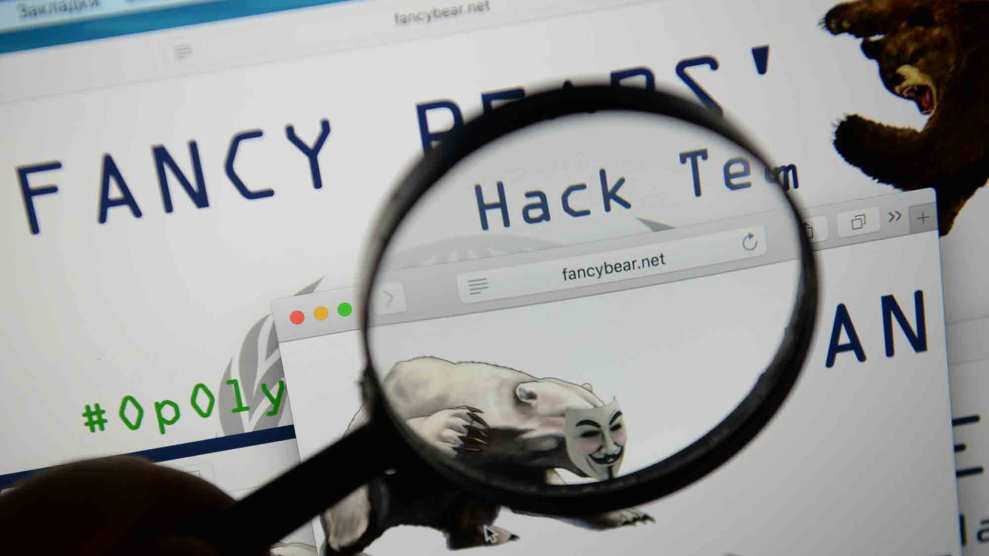 On Tuesday, the chief of the National Security Agency, Admiral Michael Rogers, said a “nation-state”—meaning Russia—had intervened in the 2016 elections “to achieve a specific effect.” He was referring to the hacking of Democratic targets and the release of the stolen information via WikiLeaks. And on Wednesday, Sen. Lindsey Graham (R-S.C.) called for a congressional investigation of Russian meddling in the campaign. On Thursday, the call for a Capitol Hill inquiry gathered momentum, with Rep. Elijah Cummings (D-Md.), the ranking Democrat on the House government oversight committee, publicly urging the committee’s chairman, Rep. Jason Chaffetz (R-Utah), to launch such a probe.

In a letter sent to Chaffetz and released publicly, Cummings noted that he and Chaffetz had discussed opening such an investigation on Wednesday and that Chaffetz had told him he was “open to considering such an investigation” but wanted Cummings to “show the evidence” that Russia had tried to influence the election. Cummings did so in this letter, citing Rogers’ statement. Cummings also pointed to a statement issued on October 7 by the Office of Director of National Intelligence and the Department of Homeland Security, which said, “The U.S. Intelligence Community (USIC) is confident that the Russian Government directed the recent compromises of e-mails from US persons and institutions, including from US political organizations. The recent disclosures of alleged hacked e-mails on sites like DCLeaks.com and WikiLeaks and by the Guccifer 2.0 online persona are consistent with the methods and motivations of Russian-directed efforts. These thefts and disclosures are intended to interfere with the US election process. Such activity is not new to Moscow—the Russians have used similar tactics and techniques across Europe and Eurasia, for example, to influence public opinion there. We believe, based on the scope and sensitivity of these efforts, that only Russia’s senior-most officials could have authorized these activities.”

Cummings also noted that House Speaker Paul Ryan has said, “Russia is a global menace led by a devious thug. Putin should stay out of this election.”

In his letter to Chaffetz, Cummings contended that this investigation should be a bipartisan endeavor to ensure the security of American democracy:

Over the course of your chairmanship, we have had our differences on certain issues, but this should not be one of them.  This perilous menace goes beyond party, beyond politics, and beyond partisanship. Although these attacks were executed to harm the Democratic candidate for president on this occasion, Russia’s actions sow doubts about our entire elections system and merit a robust congressional investigation.

Elections are the bedrock of our nation’s democracy. Any attempt by a foreign power to undermine them is a direct attack on our core democratic values, and it should chill every Member of Congress and American—red or blue—to the core.

Cummings proposed that the oversight committee immediately request “a classified briefing from the Intelligence Community” and start “a robust investigation designed to identify specific recommendations for actions that our country can take to respond to these attacks and safeguard against similar attacks in the future.”