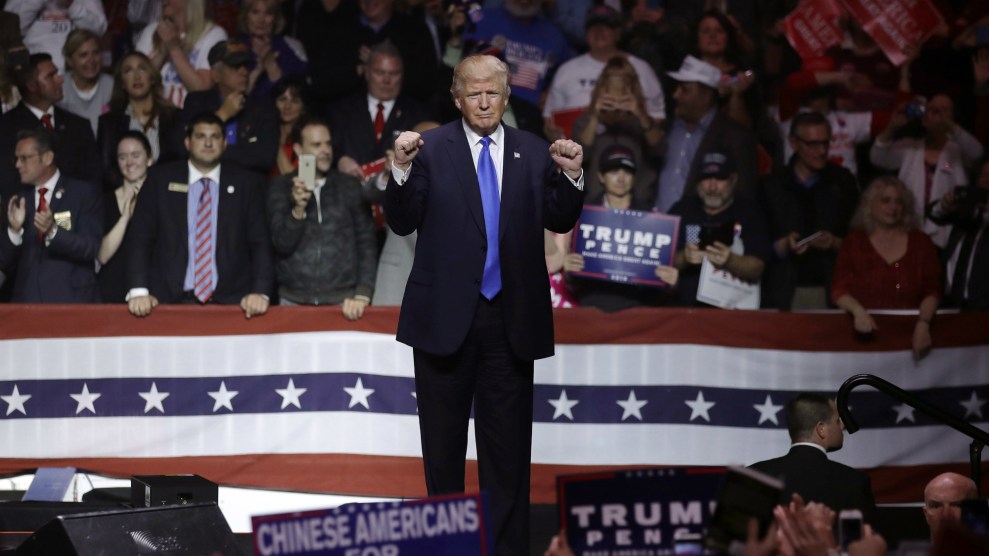 Donald Trump is a busy man these days. So busy, his lawyer argues, that he can’t reasonably be expected to testify in a civil lawsuit against him that’s set to begin later this month. But Trump apparently does have time for a multi-state “victory tour” to celebrate his surprise electoral win.

Pool reporters covering the presidential transition transition revealed Thursday that beginning sometime after Thanksgiving, Trump is planning to visit states he won in the election. Doing so would allow Trump to continue holding the huge rallies he enjoyed so much during the campaign, something he has reportedly expressed interest in doing.

But Trump’s victory lap would seem to run contrary to what his own lawyers will be arguing in front of a San Diego judge Friday morning. The president-elect still faces three outstanding civil fraud lawsuits related to his Trump University business. Besides a suit filed by New York state’s attorney general, two cases are being brought in federal court by former students who felt Trump’s marketing of his “university” was dishonest. They claim they didn’t receive the insightful, personalized attention that Trump promised them in promotional materials. In fact, jury selection in the first of the trials is scheduled to start November 28. Last Friday, Trump’s lawyer submitted a filing to the judge in the case asking for a delay in the trial.

“President-Elect Trump and his transition team have only 69 days to prepare to lead the country,” Trump attorney Daniel Petrocelli wrote in his brief to Gonzalo Curiel, the American-born judge of Mexican descent whom Trump attacked over his ancestry during the campaign. “The task is momentous, exceedingly complex, and requires careful coordination involving the respective staffs and teams of both President Obama and President-Elect Trump. In fewer than three months, the President-Elect must be prepared to manage 15 executive departments, more than 100 federal agencies, 2 million civilian employees, and a budget of almost $4 trillion.”

Trump will not be required to be in the courtroom for most of the trial and will only have to attend court when he testifies. (Thanks to the precedent set by the Paula Jones case, Trump will likely have to testify.) But even that small requirement would be problematic, Petrocelli said.

Petrocelli went so far as to argue that the distractions created by Trump having to testify during the presidential transition might actually pose a threat to national security. “The transition period also has significant security implications, particularly because foreign enemies may perceive the United States to be more vulnerable during a Presidential transition,” Petrocelli wrote. “Requiring the President-Elect to defend himself in a civil trial while ‘preparing for the vast challenges a political novice will face in assuming the presidency’ threatens the effectiveness of this transition.”

Curiel will hold a hearing Friday at 9 a.m. PST to determine just how packed Trump’s transition schedule will be.