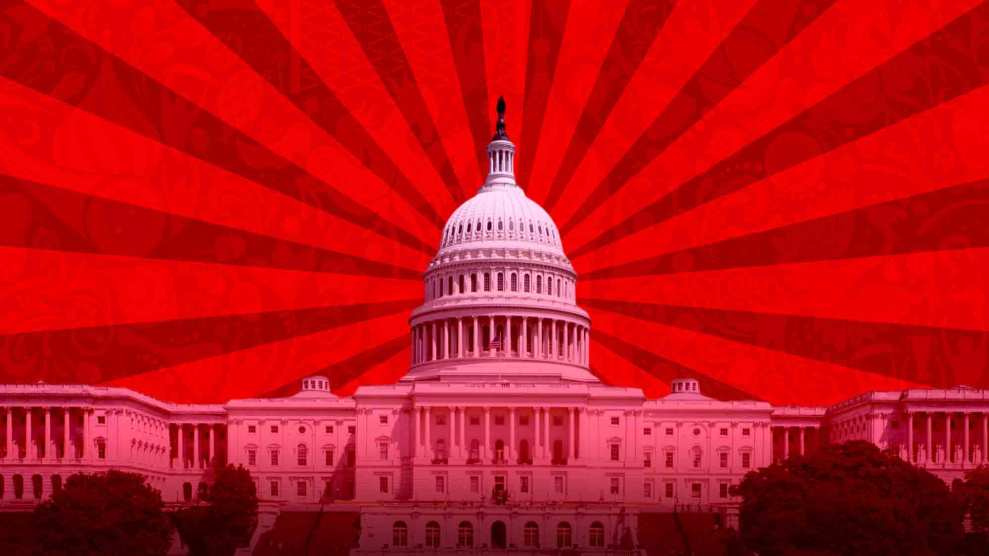 Despite all the news being generated by the change of power underway in Washington, there is one story this week that deserves top priority: Russian interference in the 2016 presidential election. On Tuesday, the director of the National Security Agency, Admiral Michael Rogers, was asked about the WikiLeaks release of hacked information during the campaign, and he said, “This was a conscious effort by a nation-state to attempt to achieve a specific effect.” He added, “This was not something that was done casually. This was not something that was done by chance. This was not a target that was selected purely arbitrarily.”

This was a stunning statement that has echoed other remarks from senior US officials. He was saying that Russia directly intervened in the US election to obtain a desired end: presumably to undermine confidence in US elections or to elect Donald Trump—or both. Rogers was clearly accusing Vladimir Putin of meddling with American democracy. This is news worthy of bold and large front-page headlines—and investigation. Presumably intelligence and law enforcement agencies are robustly probing the hacking of political targets attributed to Russia. But there is another inquiry that is necessary: a full-fledged congressional investigation that holds public hearings and releases its findings to the citizenry.

If the FBI, CIA, and other intelligence agencies are digging into the Russian effort to affect US politics, there is no guarantee that what they uncover will be shared with the public. Intelligence investigations often remain secret for the obvious reasons: they involve classified information. And law enforcement investigations—which focus on whether crimes have been committed—are supposed to remain secret until they produce indictments. (And then only information pertinent to the prosecution of a case is released, though the feds might have collected much more.) The investigative activities of these agencies are not designed for public enlightenment or assurance. That’s the job of Congress.

When traumatic events and scandals that threaten the nation or its government have occurred—Pearl Harbor, Watergate, the Iran-contra affair, 9/11—Congress has conducted investigations and held hearings. The goal has been to unearth what went wrong and to allow the government and the public to evaluate their leaders and consider safeguards to prevent future calamities and misconduct. That is what is required now. If a foreign government has mucked about and undercut a presidential election, how can Americans be secure about the foundation of the nation and trust their own government? They need to know specifically what intervention occurred, what was investigated (and whether those investigations were conducted well), and what steps are being taken to prevent further intrusions.

There already is much smoke in the public realm: the hacking of the Democratic National Committee, the Democratic Congressional Campaign Committee, and John Podesta, the chairman of Hillary Clinton’s campaign. Also, Russian hackers reportedly targeted state election systems in Arizona and Illinois. Coincidentally or not, the Russian deputy foreign minister said after the election that Russian government officials had conferred with members of Trump’s campaign squad. (A former senior counterintelligence officer for a Western service sent memos to the FBI claiming that he had found evidence of a Russian intelligence operation to coopt and cultivate Trump.) And the DNC found evidence suggesting its Washington headquarters had been bugged—but there was no indication of who was the culprit. In his recent book, The Plot to Hack America, national security expert Malcolm Nance wrote, “Russia has perfected political warfare by using cyber assets to personally attack and neutralize political opponents…At some point Russia apparently decided to apply these tactics against the United States and so American democracy itself was hacked.”

Several House Democrats, led by Rep. Elijah Cummings, the ranking Democrat on the House Oversight Committee, have urged the FBI to investigate links between Trump’s team and Russia, and Senate Minority Leader Harry Reid has done the same. According to various news reports, Russia-related probes have been started by the FBI targeting Americans associated with the Trump campaign. One reportedly was focused on Carter Page, a businessman whom the Trump campaign identified as a Trump adviser, and another was focused on Paul Manafort, who served for a time as Trump’s campaign manager. (Page and Manafort have denied any wrongdoing; Manafort said no investigation was happening.)

Yet there is a huge difference between an FBI inquiry that proceeds behind the scenes (and that may or may not yield public information) and a full-blown congressional inquiry that includes open hearings and ends with a public report. So far, the only Capitol Hill legislator who has publicly called for such an endeavor is Sen. Lindsey Graham (R-S.C.). On Tuesday, Graham, who was harshly critical of Trump during the campaign, proposed that Congress hold hearings on “Russia’s misadventures throughout the world,” including the DNC hack. “Were they involved in cyberattacks that had a political component to it in our elections?” Graham said. He pushed Congress to find out.

The possibility that a foreign government covertly interfered with US elections to achieve a particular outcome is staggering and raises the most profound concerns about governance within the United States. An investigation into this matter should not be relegated to the secret corners of the FBI or the CIA. The public has the right to know if Putin or anyone else corrupted the political mechanisms of the nation. There already is reason to be suspicious. Without a thorough examination, there will be more cause to question American democracy.