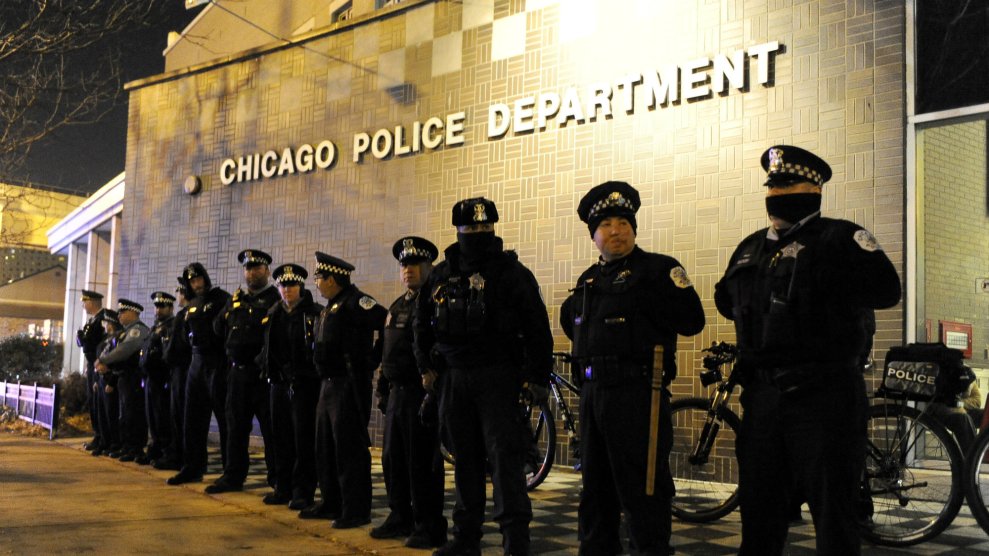 The US Department of Justice on Friday released a scathing report concluding a 13-month investigation into the conduct of the Chicago Police Department, finding rampant uses of excessive force and other abuses. The investigation was launched in November 2015 after the release of video showing a white officer shooting black teenager Laquan McDonald 16 times, killing the youth who was armed with a knife. The Justice Department reviewed documents related to the Chicago PD’s training policies and procedures and reviewed reports and investigative files for nearly 600 police-shooting and use-of-force incidents between January 2011 and April 2016. It also interviewed community members, city officials, hundreds of police officers, and investigators with the city’s independent police review board. Key findings from the report include:

Notably absent from the DOJ’s report is an assessment of whether Chicago cops disproportionately target people of color—which the DOJ has repeatedly found with investigations of other cities’ police forces. Asked about this during a press conference on Friday, Attorney General Loretta Lynch acknowledged that the abuses outlined in the report had a greater impact on minority neighborhoods. The report also discussed how distrust between police and communities of color affected Chicago’s skyrocketing murder rate, noting that the tension made it harder for police to investigate shootings. (Chicago police have made significantly fewer stops and arrests in Chicago in 2015, which President-elect Donald Trump and some city authorities have attributed to increased scrutiny on officers and blamed for the worsening gun violence.)

The release of the report and the agreement reached between the DOJ and Chicago officials, in which both parties agreed to work toward reforms, were reportedly finalized in a hurry, due to concern that the process would stall under the incoming Trump administration. Both Trump and his attorney general pick, Jeff Sessions, have been critical of federal involvement in local policing issues. Asked if the DOJ’s agreement with Chicago would stick after the change in administration, Lynch said the agreement was not dependent upon “one or two or three” people who lead the DOJ, but on the work of all involved in the process, including Chicago city officials. Chicago Mayor Emanuel and Chicago Police Superintendent Eddie Johnson both said they were committed to making sure the reform recommendations made by the DOJ were implemented.

The DOJ announced yesterday that it had also reached a consent decree with the Baltimore Police Department, five months after concluding its investigation into that department following protests over the in-custody death of Freddie Gray. The department also rushed to finalize that decree before President Barack Obama leaves office, Baltimore Mayor Catherine Pugh told the Baltimore Sun.