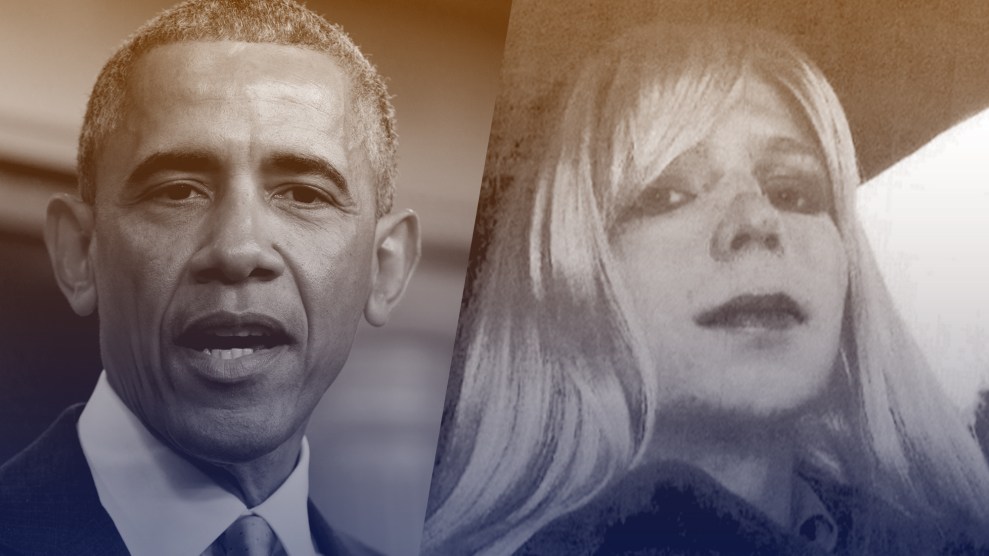 In a shocking announcement Tuesday afternoon, President Barack Obama commuted the remaining sentence of Chelsea Manning, the former US soldier found guilty of leaking hundreds of thousands of classified documents to WikiLeaks in 2010. According to the New York Times:

The decision by Mr. Obama rescued Ms. Manning, who twice tried to commit suicide last year, from an uncertain future as a transgender woman incarcerated at the male military prison at Fort Leavenworth, Kan. She has been jailed for nearly seven years, and her 35-year sentence was by far the longest punishment ever imposed in the United States for a leak conviction.

Now, under the terms of Mr. Obama’s commutation announced by the White House on Tuesday, Ms. Manning is set to be freed in five months, on May 17 of this year, rather than in 2045.

The news comes amid other high-profile commutations granted by the president as he prepares to leave office on Friday. One notable absence from the list of pardons on Tuesday, however, was Edward Snowden, the former National Security Agency contractor who fled to Russia after disclosing classified information. When asked about the clemency applications of both Manning and Snowden last week, White House Press Secretary Josh Earnest argued there was a “stark difference” between the two cases.

Journalist Katie Couric was on the phone with Chase Strangio, the American Civil Liberties Union lawyer representing Manning, as news of the commutation broke:

Was just on the phone at the very moment @chasestrangio, Chelsea Manning’s attorney, heard the news and exclaimed…1/3

3/3 …“If you had told me a month ago President Obama was even considering this, I wouldn’t have believed it.”

“I’m relieved and thankful that the president is doing the right thing and commuting Chelsea Manning’s sentence,” Strangio said in a statement released by the ACLU. “Since she was first taken into custody, Chelsea has been subjected to long stretches of solitary confinement—including for attempting suicide—and has been denied access to medically necessary health care. This move could quite literally save Chelsea’s life, and we are all better off knowing that Chelsea Manning will walk out of prison a free woman, dedicated to making the world a better place and fighting for justice for so many.”

Some conservatives, including Sen. Tom Cotton (R-Ark.), however, were quick to condemn Obama’s decision to grant Manning a commutation. “We ought not treat a traitor like a martyr,” Cotton said.

This is a breaking story and we will update as more details become available.