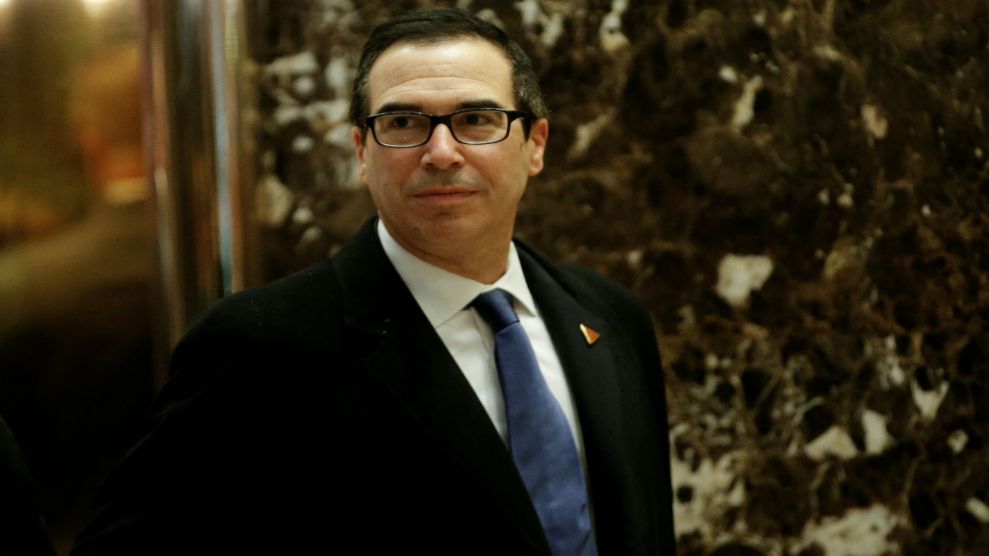 In 2015, OneWest Bank moved to foreclose on John Yang, an 80-year-old Korean immigrant living in Orange Park, Florida, a small suburb of Jacksonville. The bank believed he wasn’t living in his home, violating the terms of its loan. It dispatched an agent to give him legal notification of the foreclosure.

Where did the bank find him? At the same single-story home the bank had said in court papers he did not occupy.

Still OneWest pressed on, forcing Yang, a former Christian missionary, to seek help from legal aid attorneys. This year, during a deposition, an employee of OneWest’s servicing division was asked the obvious question: Why would the bank pursue a foreclosure that seemed so clearly unjustified by the facts?

In recent years, OneWest has foreclosed on at least 50,000 people, often in circumstances that consumer advocates say run counter to federal rules and common sense.

The employee’s response was blunt: “You’re trying to make logic out of an illogical situation.”

Yang was lucky. The bank eventually dropped its efforts against him. But others were not so fortunate. In recent years, OneWest has foreclosed on at least 50,000 people, often in circumstances that consumer advocates say run counter to federal rules and, as in Yang’s case, common sense.

President-elect Donald Trump’s nomination of Steven Mnuchin as treasury secretary has prompted new scrutiny of OneWest’s foreclosure practices. Mnuchin was the lead investor and chairman of the company during the years it ramped up its foreclosure efforts. Representatives from the company and the Trump transition team did not respond to requests for comment.

Records show the attempt to push Mr. Yang out of his home was not an unusual one for OneWest’s Financial Freedom unit, which focused on controversial home loans known as reverse mortgages. Regulators and consumer advocates have long worried that these loans, popular during the height of the housing bubble, exploit elderly homeowners.

The loans allow people to benefit from the equity they have built up over many years without selling their houses. The money is paid in a variety of ways, from lump sums to a stream of monthly checks. Borrowers are allowed to stay in their homes for as long as they live.

The loans are guaranteed by the US Department of Housing and Urban Development, meaning the agency pays lenders like Freedom Financial the difference between the ultimate sale price of the home and the size of the reverse mortgage.

But the fees are often high and the interest charges mount up quickly because the homeowner isn’t paying down any of the principal on the loan. Homeowners remain on the hook for property taxes and insurance and can lose their homes if they miss those payments.

A 2012 report to Congress by the Consumer Financial Protection Bureau said “vigorous enforcement is necessary to ensure that older homeowners are not defrauded of a lifetime of home equity.”

ProPublica found numerous examples where Financial Freedom had foreclosed for legally questionable reasons. The company served several other homeowners at their homes to let them know they were being sued for not occupying their homes. In Florida, a shortfall of only $0.27 led to a foreclosure attempt. In Atlanta, the company sought to foreclose on a widow after her husband’s death but backed down when a legal aid attorney sued, citing federal law that allowed the surviving spouse to remain in the home.

“It appears their business approach is scorched earth, in a way that doesn’t serve communities, homeowners or the taxpayer,” said Alys Cohen, a staff attorney for the National Consumer Law Center in Washington, DC.

About three-quarters of homeowners who sought a modification from OneWest through the program were denied, according to the latest figures from the Treasury Department.

Experts say the companies are not entirely to blame for the wave of foreclosures. HUD oversees standards on most reverse mortgages. In the years after the housing crash, HUD’s rules evolved, creating a miasma of confusion for mortgage servicers. Companies say the new federal rules required them to foreclose when borrowers fell far behind on property and insurance costs, rather than work out payment plans.

OneWest’s rough treatment of homeowners extended to its behavior toward borrowers with standard mortgages in the aftermath of the housing crash. In 2009, the Obama administration launched a program to encourage mortgage servicers to work out affordable mortgage modifications with borrowers. OneWest, weighed down by several hundred thousand souring mortgages, signed up.

It didn’t go well. About three-quarters of homeowners who sought a modification from OneWest through the program were denied, according to the latest figures from the Treasury Department. OneWest was among the worst-performing large servicers in the program by that measure. In 2011, activists protested OneWest’s indifference at Mnuchin’s Bel Air mansion in Los Angeles.

“We’re in a difficult economic environment and very sympathetic to the problems many homeowners face, but under the government’s program there’s not a solution in every case,” Mnuchin told the Wall Street Journal that year.

Despite the controversy, Mnuchin and the other investors in OneWest made a killing on their purchase. In 2009, Mnuchin’s investment group bought the failed mortgage bank IndyMac, which had been taken over by the Federal Deposit Insurance Corporation after the financial crisis, changing the name to OneWest. They paid about $1.5 billion, with the FDIC sharing the ongoing mortgage losses. George Soros, a Clinton backer at whose hedge fund Mnuchin had worked, and John Paulson, a hedge fund manager who also supported Trump, invested alongside Mnuchin in IndyMac.

In 2015, CIT, a lender to small- and medium-sized businesses, bought OneWest for $3.4 billion, more than doubling the Mnuchin group’s initial investment. Mnuchin personally made about $380 million on the sale, according to Bloomberg estimates. He retains around a 1 percent stake in CIT, worth about $100 million, which he may have to divest if confirmed.

CIT has found the reverse mortgage business to be a headache. Recently, CIT took a $230 million pretax charge after it discovered that OneWest had mistakenly charged the government for payments that the company should have shouldered itself. An investigation of Financial Freedom’s practices by HUD’s inspector general is ongoing.

Yang’s lawyers at Jacksonville Area Legal Aid fought his foreclosure for a year. Though Yang had run a dry-cleaning business in Florida and roamed the world as a missionary, working in North Korea, China, and Afghanistan, the bank’s torrent of paperwork had overwhelmed him. Yang didn’t speak English well. OneWest claimed it had sent him forms to verify he was living at his home, but that he never sent them back.

Under HUD rules, OneWest was required to verify that each borrower continued to use the property as a principal residence. It is a condition of all the HUD-backed loans in order to help ensure the government subsidy goes to those who need it.

But Yang can be forgiven for thinking OneWest could not have doubted that he was still in his home. During the same period that OneWest was moving to foreclose on Yang for not living in his home, another arm of the bank regularly spoke and corresponded with him at his home about a delinquent insurance payment, according to court documents.